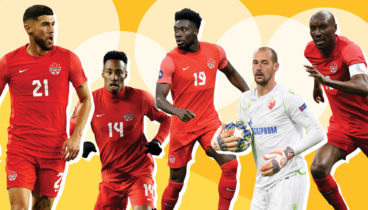 Thirty-six years after they last qualified for the World Cup, the Canadian men’s team is finally back. But things are different this time around: the squad is stacked with young, globally lauded players; footy fandom in this country is now as wild as that of any other major sport; and Toronto will be hosting its own World Cup in just four years. Water-cooler talk will centre on the men’s team for the foreseeable future. Here’s how to get up to speed. 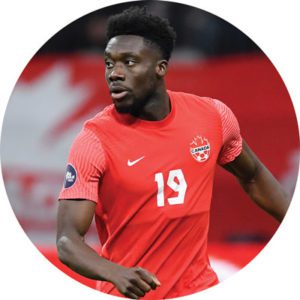 Nicknames: Phonzie, Road Runner
Hometown: Edmonton
Positions: Left back, left winger
Club team: Bayern Munich of Germany’s Bundesliga
His story: He’ll be 22 years old at Qatar, and he’s already the greatest player in Canadian men’s soccer history.
The big stat: He clocked a superhuman 36 km/h run while playing in Germany.
Off the pitch: He serves as a goodwill ambassador for the UN Refugee Agency. 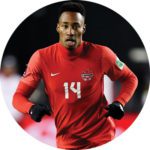 Nickname: MAK
Hometown: Toronto
Position: Midfielder
Club team: Toronto FC
His story: He’s considered one of Major League Soccer’s elite central midfielders and was an all-star in 2019.
The big stat: He grew up in Midtown and attended Lawrence Park Collegiate Institute, where he was a two-time MVP.
Off the pitch: He supports the charity Single Mothers Outreach. 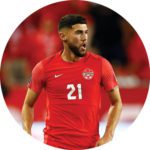 Nickname: Oso
Hometown: Brampton
Position: Midfielder
Club team: Toronto FC
His story: He went from Brampton youth soccer to TFC Academy to national team glory.
The big stat: He’s the first player to make more than 300 appearances for The Reds.
Off the pitch: Tonino’s Pizzeria and Panini in Brampton named its chicken parm combo after Osorio, a regular since childhood. 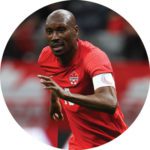 Nicknames: Octopus, Spider-Man
Hometown: Brampton
Position: Midfielder
Club team: Besiktas of Turkey’s Super League
His story: Before Turkey, he played professionally in Canada, Sweden, Denmark and the Netherlands.
The big stat: He has won Canadian Men’s Soccer Player of the Year a record six times.
Off the pitch: He’s the father of three boys, all born in Istanbul. 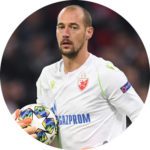 Nickname: Hilton, for his clean sheets
Position: Goalkeeper
Club team: Red Star Belgrade of Serbia’s Super League
His story: He was born in pre-war Yugo­slavia, and his family eventually settled in Hamilton.
The big stat: He has earned a remarkable 32 clean sheets in 67 games.
Off the pitch: He’s famous for playing cold-weather Canadian matches in a tuque and sweatpants.

Seven Brampton players made major contributions to Canada’s World Cup qualification run: Atiba Hutchinson, Cyle Larin, Jonathan Osorio, Tajon Buchanan, Junior Hoilett, Doneil Henry and Liam Millar. The GTA suburb is the most represented Canadian city on the main squad. So what’s cooking in Peel Region? For one, Brampton has more first-generation immigrants than residents born in Canada, with plenty from soccer-obsessed countries like India, Jamaica, the United Kingdom and Portugal. For another, the programs and coaches in Brampton are considered among the best in the country, and Sigma FC, a youth academy in neighbouring Mississauga, is celebrated for bringing along players such as Larin and Buchanan. 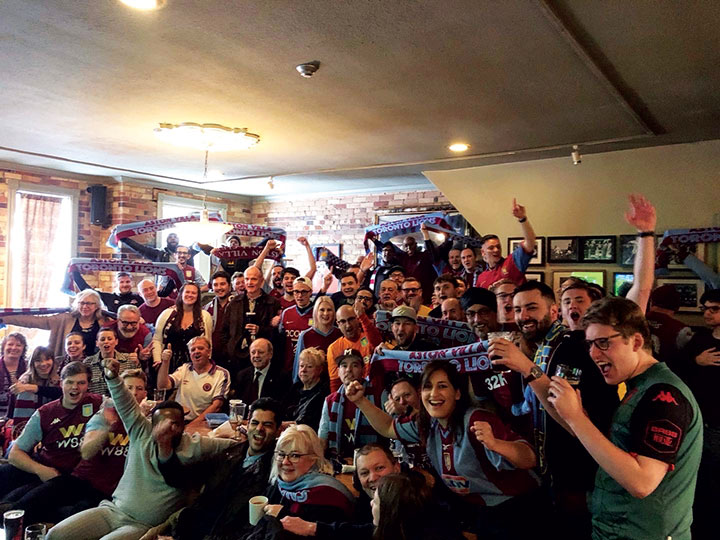 For hardcore fans: The Queen and Beaver, a downtown gastropub that has been home to Premier League fans on weekend mornings. 35 Elm St., 647-347-2712, queenandbeaverpub.ca 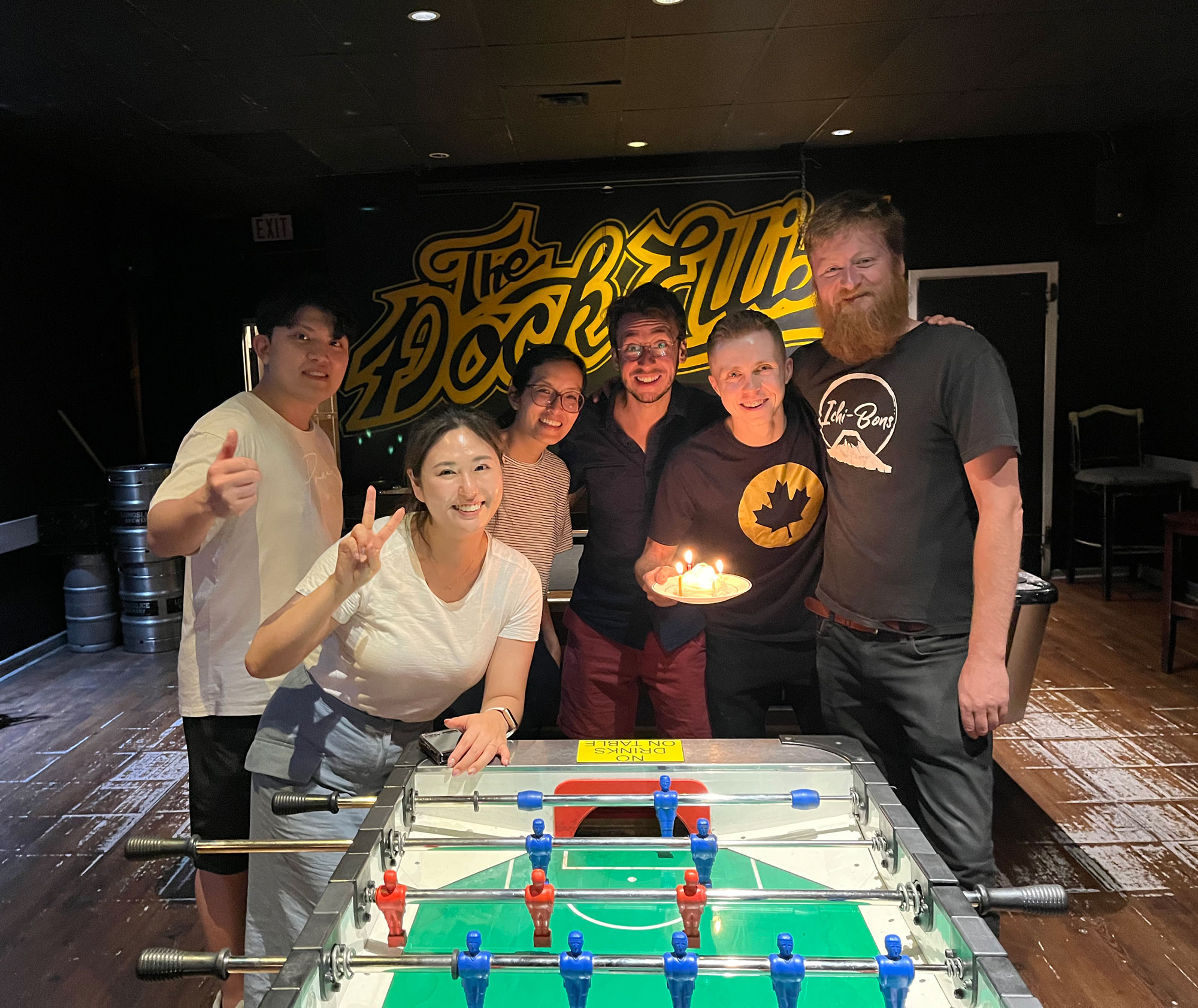 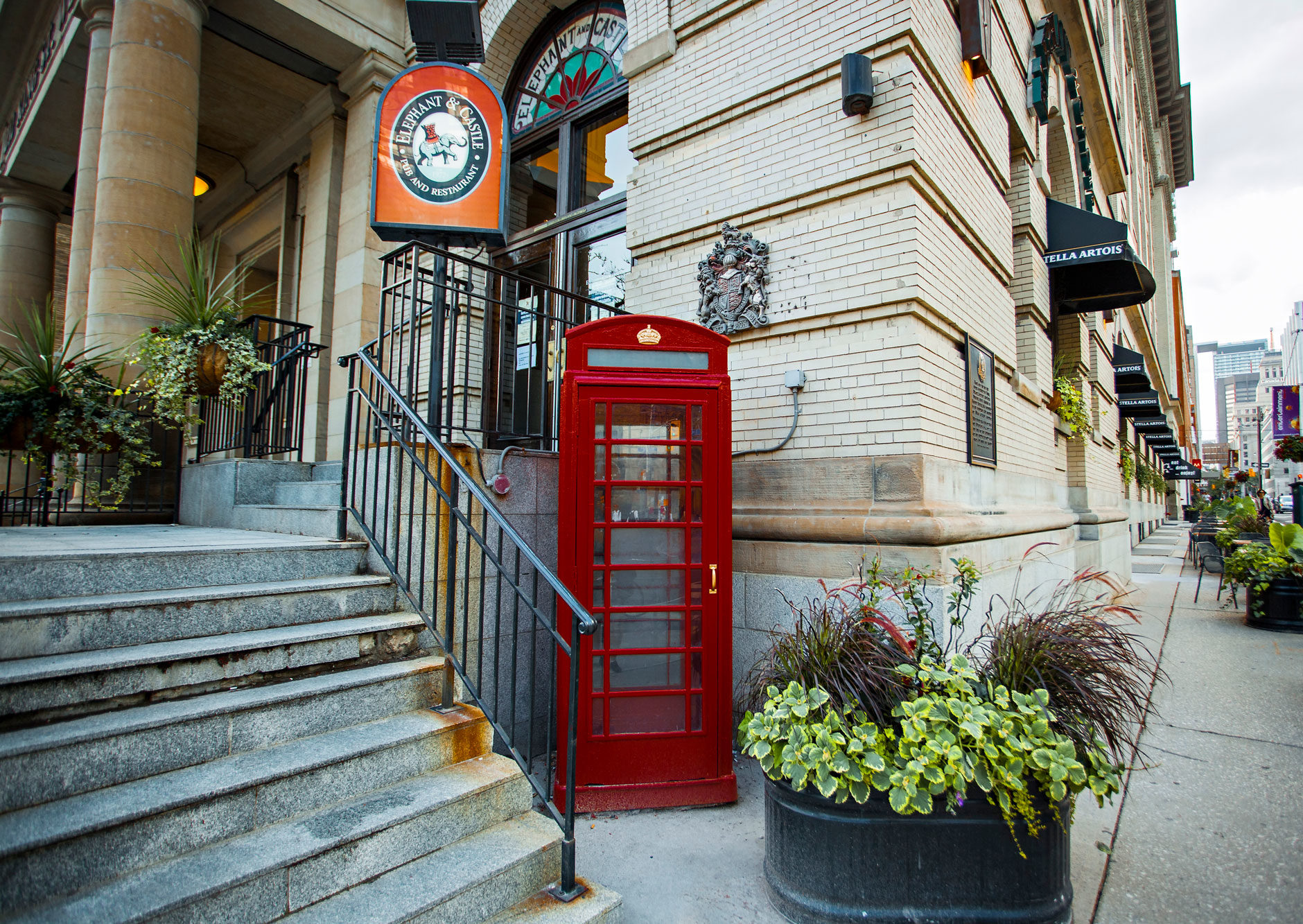 The official fan club for both the men’s and women’s national teams is the Voyageurs, named after early French canoe-­commuting settlers. The group can be identified in the bleachers by its red attire and boisterous behaviour. Here are some game-day Voyageurs rituals to look out for.

Welcome committee: Rambunctious fans greet the Team Canada bus as it arrives at stadiums with fireworks, streamers, songs and other revelry.

Raise the flags: The Voyageurs sell their own merch to fund the thousands of free miniature Canadian flags handed out at matches.

Viking clap: At the end of a match, fans do a slow clap that gradually builds into a thunderous frenzy, led by a player banging a drum.