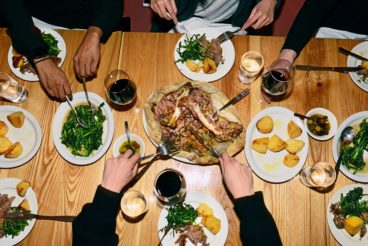 A family style feast at the now-closed Brothers

A family style feast at the now-closed Brothers

The city’s best new restaurant is so nondescript as to be invisible. Occupying a former greasy spoon that’s cheek-to-cheek with Bay Station, the entire place is no bigger than a railroad car. Christopher White and Jonathan Nicolaou, the bearded, bearish guys in charge, didn’t bother to announce the November opening with a big social media campaign. They seemed to hope the curious would wander in, note the jug of wildflowers in the window and the double fridge packed with phenomenal wines, like what they see and never want to leave. 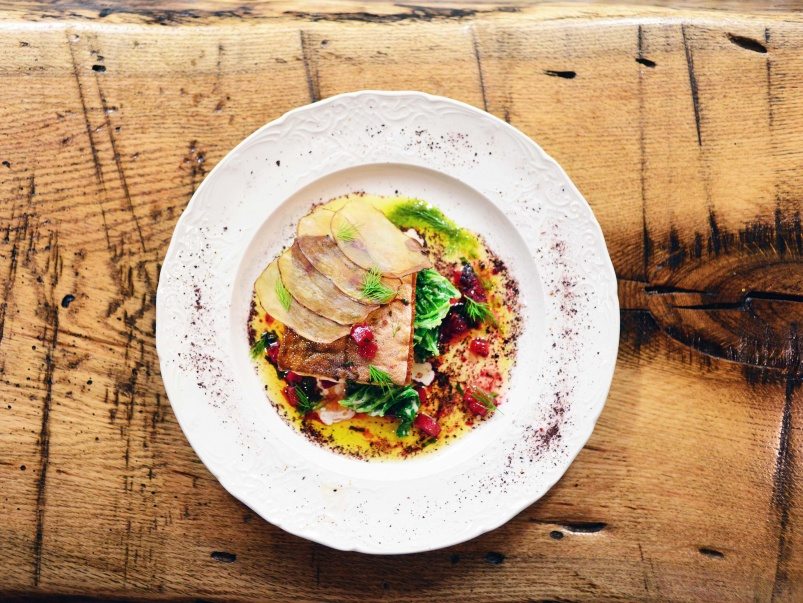 I’m now a regular at Brothers, and, every time I visit, there’s something more incredible to eat. I’ve loved the beef carpaccio layered with charred radicchio and pine nuts; the roasted half–Cornish hen on a bed of creamed savoy cabbage and chestnuts; the gnocchi, somehow both dense and downy, hiding nuggets of pecorino and nutty mushrooms; the seared hunks of veal sweetbreads under a wig of frisée; and the slow-roasted shank of a Niagara lamb, with tangy fennel and briny capers.

White and Nicolaou are longtime friends who only look like brothers. They chose the restaurant name because it sounded unpretentious and instantly classic. The two began planning their own place while working at Terroni, one of the city’s more dependable talent pools. In the intervening years, White did stints at the always-excellent Dandylion while Nicolaou cooked at Bar Raval and Bar Isabel, as well as St. John, the London restaurant that inspired a generation of Fergus Henderson followers to embrace seasonal and nose-to-tail cooking. I detect all of those influences on Nicolaou’s no-frills menu, which changes daily and is a cheat sheet to his favourite suppliers and farmers.

This year, we’ve seen a lot of chefs open small restaurants where they can cook whatever they like. Brothers is the most evolved—the leader of the pack. While Nicolaou works the ovens, White greets guests, remembering every face. He starts you off with crusty sourdough and a glass of wine, perhaps from a small biodynamic operation that has been run by the same family for four centuries and caught the eye of house sommelier Courtney Stebbings.

They’re preoccupied with building a repertoire, not with doing whatever’s trending. Nicolaou transports diners to Burgundy, to California, to Macedonia and to London. Then the Bloor line rumbles underfoot, and you’re back home.

For the first months, he baked one dessert: a lemony semolina pound cake with a dollop of cream and tart sea buckthorn. It’s simple, delicious and perfect. As the city grows taller and more impersonal, we need more Brothers.

An earlier version of this story misspelled the last name of Brothers Food & Wine chef and co-owner Jonathan Nicolaou.