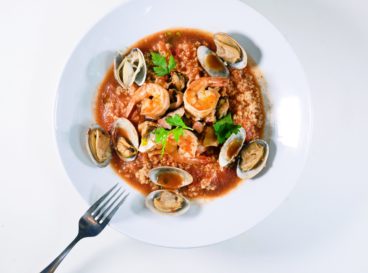 There’s a rule dating back many decades that family-run Italian restaurants require black-and-white photos of 1950s street urchins, a Sinatra soundtrack and at least one bumbling server from a Fawlty Towers casting. But few of them have a chef-owner like Roberto Marotta.

He’s as dashing as a Fellini star and a sophisticated interpreter of Sicilian classics, which translates to piping-hot arancini as big as goose eggs, beautifully charred and tender octopus with caponata, couscous and mussels with Moroccan spices, and lighter-than-light gnocchi in a supercreamy mushroom sauce. The only proper way to end the night is with a thimble of bitter amaro, and a candied orange and fresh ricotta cannoli—one of the city’s best.