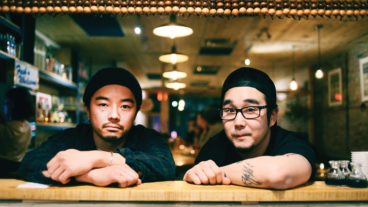 A few years ago, izakayas—a.k.a. Japanese gastropubs—were a novelty here. Now that they’re as commonplace as poutineries, there’s real competition. The current standout is Imanishi, run by a former Guu cook named Daisuke Gomyo and a former Kingyo cook named Shori Imanishi. It began as an occasional pop-up in the back of the Dundas West bar Churchill and now has a permanent home down the street, in a former Portuguese sports bar (they even left the previous tenant’s sign—look for Café Regional Bar and Grill). There’s a short, evolving menu, and fleeting specials like smoky, sticky short ribs that I had once and have been chasing ever since. The excellent regular options include sticky wings coated with toasted sesame seeds, fritters made of whole corn kernels, spring rolls stuffed with curried chicken and pork, barely seared beef tataki, and salty deep-fried chickpeas. Though there’s Sapporo by the litre, the atmosphere isn’t as hard-partying as at other izakayas. Maybe it’s the Japanese soul records; maybe it’s the serious eating. BEST BITE: Ika maruyaki—a meaty squid tentacle grilled and slathered in soy sauce and butter, served with Kewpie mayo. 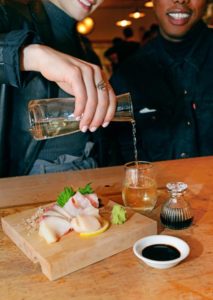 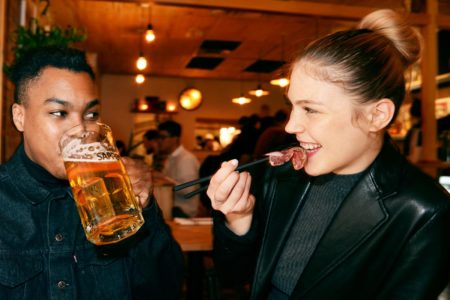 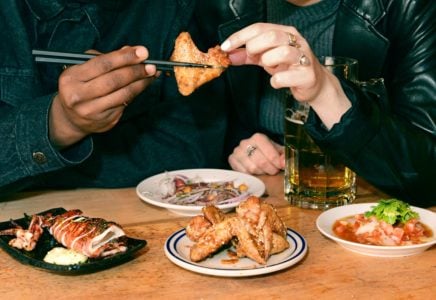