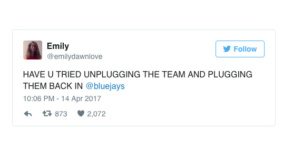 Twitter is once again full of Jays-related gallows humour 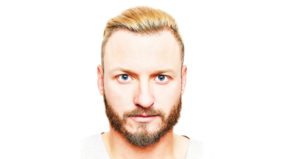 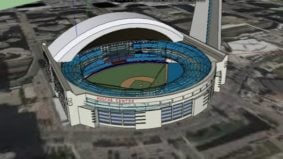 The execs at Rogers probably won't go for any of these proposals, but maybe they should 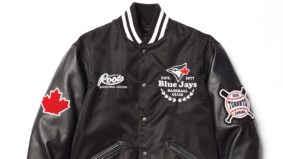 Rooting for the home team has never been more stylish 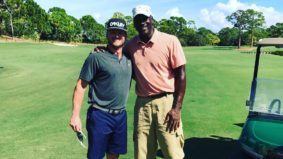 The Blue Jays did some weird stuff during the off-season

The boys are back in action today, but they weren't exactly idle over the winter 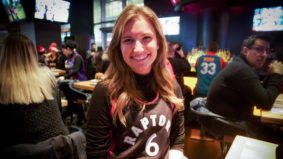 Some opinions on the financial value of one J. Bats 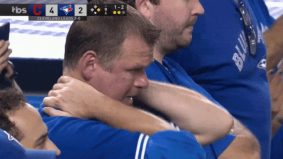 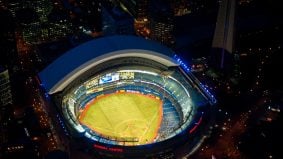 How to dodge the crowds and eat like a champ

After the anthem controversy, there was some actual baseball

The best (and worst) moments from last night’s Jays vs. Rangers fracas

Some moments you may have missed during Sunday's broadcast 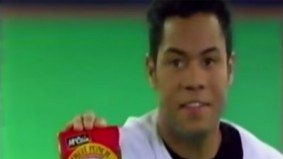 The Blue Jays star's crowning moment is online, at last 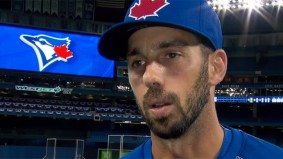 The Jays are going to need a new first baseman 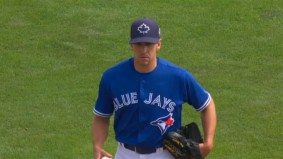 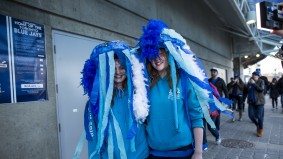