What: Fintech company Wealthsimple
Where: The third and fourth floors (plus a portion of the second floor) at 80 Spadina Ave.
How big: Approximately 32,000 square feet

During the pandemic, Wealthsimple has been on a bit of a hiring spree, more than doubling its full-time employees from 295 to 880 since March of 2020. Employees had been working from home, but when the company conducted an internal survey, a majority of staff said they’d happily return to the office if there were a vaccine requirement—which the company implemented with an option to continue working from home. This summer, Wealthsimple upsized its 6,000-square-foot Chinatown office to a huge space at Adelaide and Spadina in a heritage building previously occupied by Shopify. Now, 150 staff come in weekly, but the space can accommodate 300 more before they hit capacity. Here’s a look inside.

Wealthsimple partnered with Niche Projects on the design and build for the office. The reception features a custom-made desk by Hamilton’s Hess Millwork with a sleek quartz top and wooden slat base: 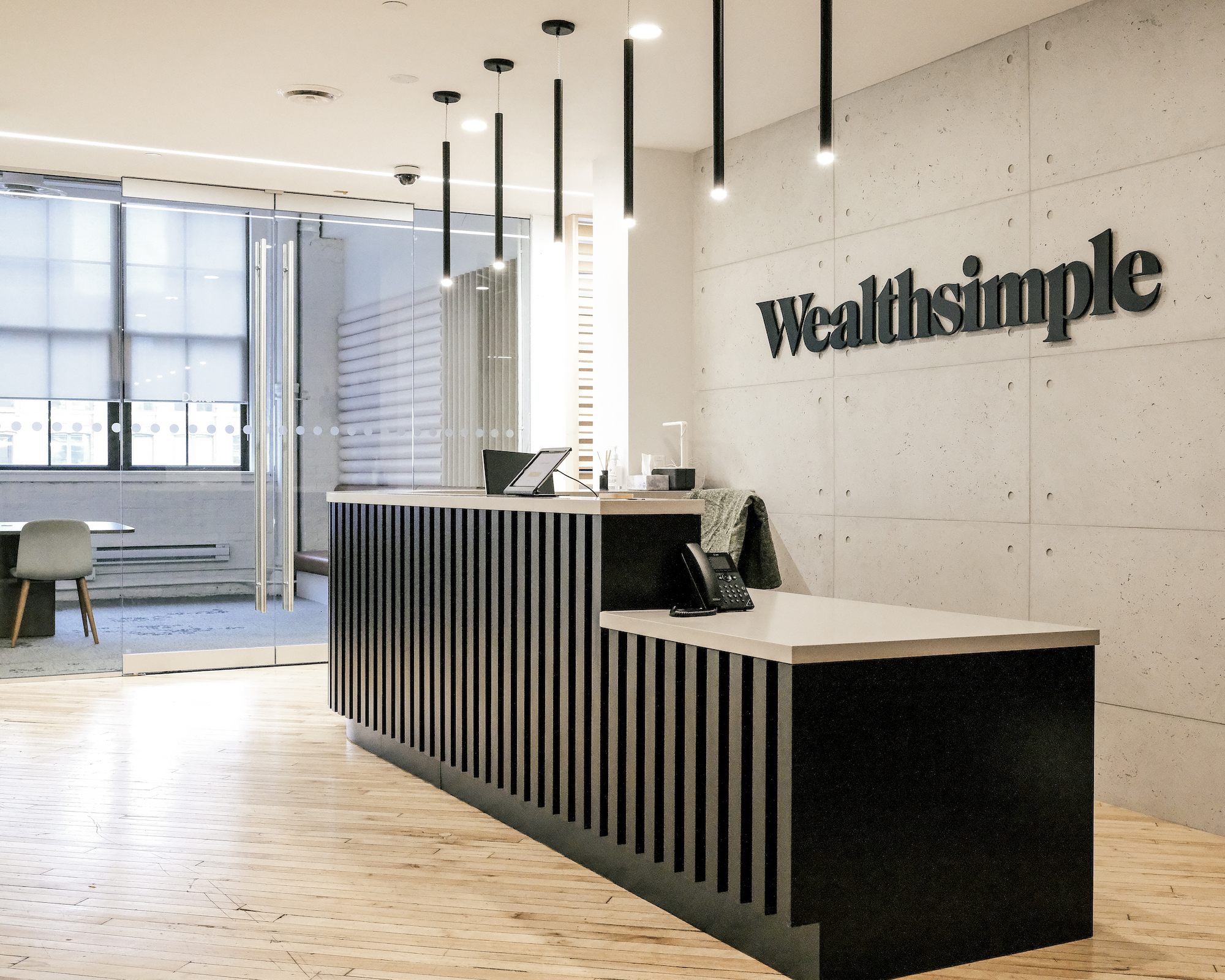 To the left of the front doors is the biggest boardroom on the floor, which seats 18 people. It’s used to host large, hybrid team meetings or meetings with Wealthsimple board members. The space was designed to be bright and comfortable, with a long table and leather bench at the back for additional seating. It will soon be fully tech integrated for remote workers—featuring a large digital whiteboard linked to Zoom: 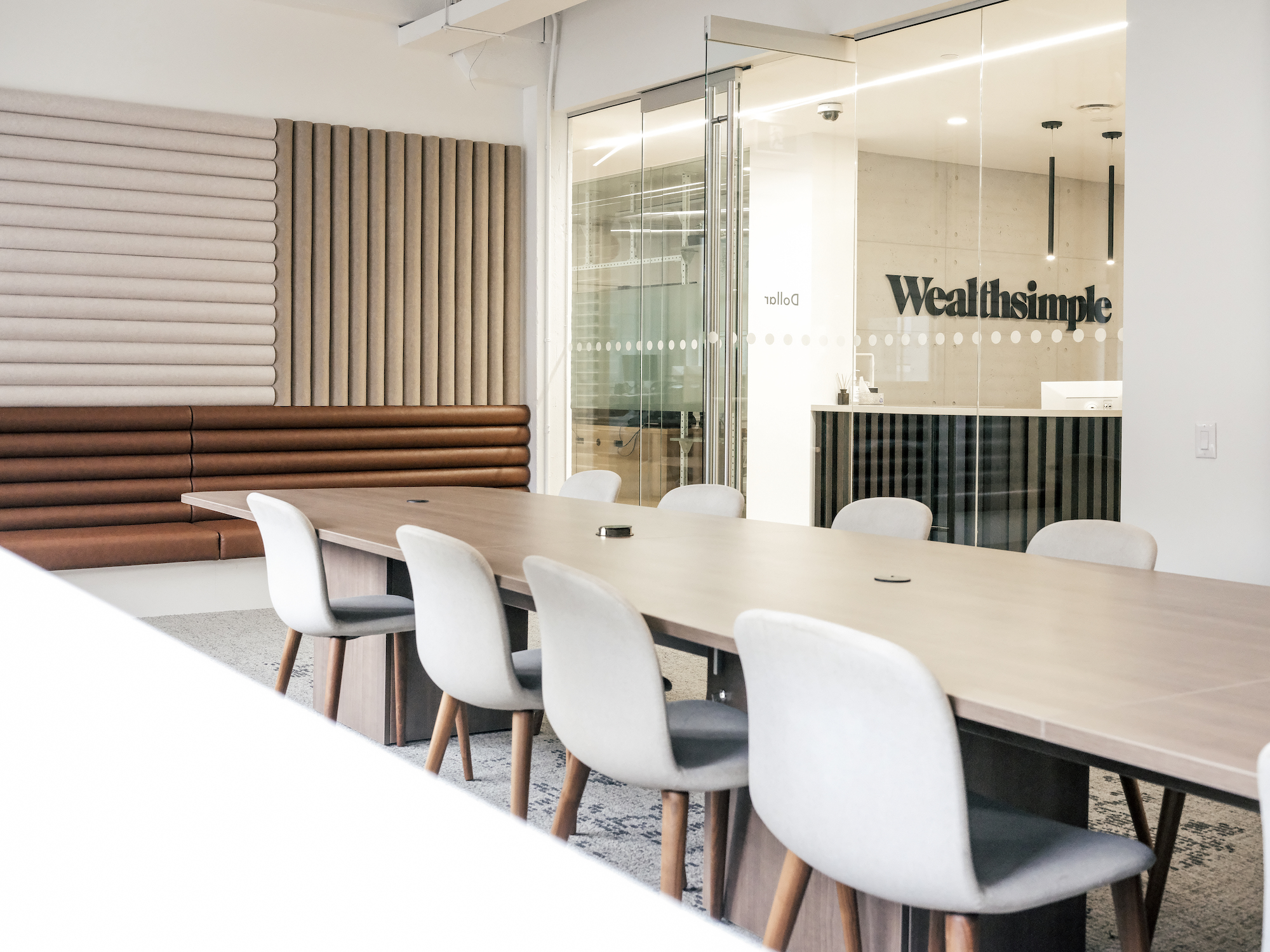 Employees can pick a spot that best suits their working style. There are sofas in a living-room type space and phone booths for when staff need privacy: 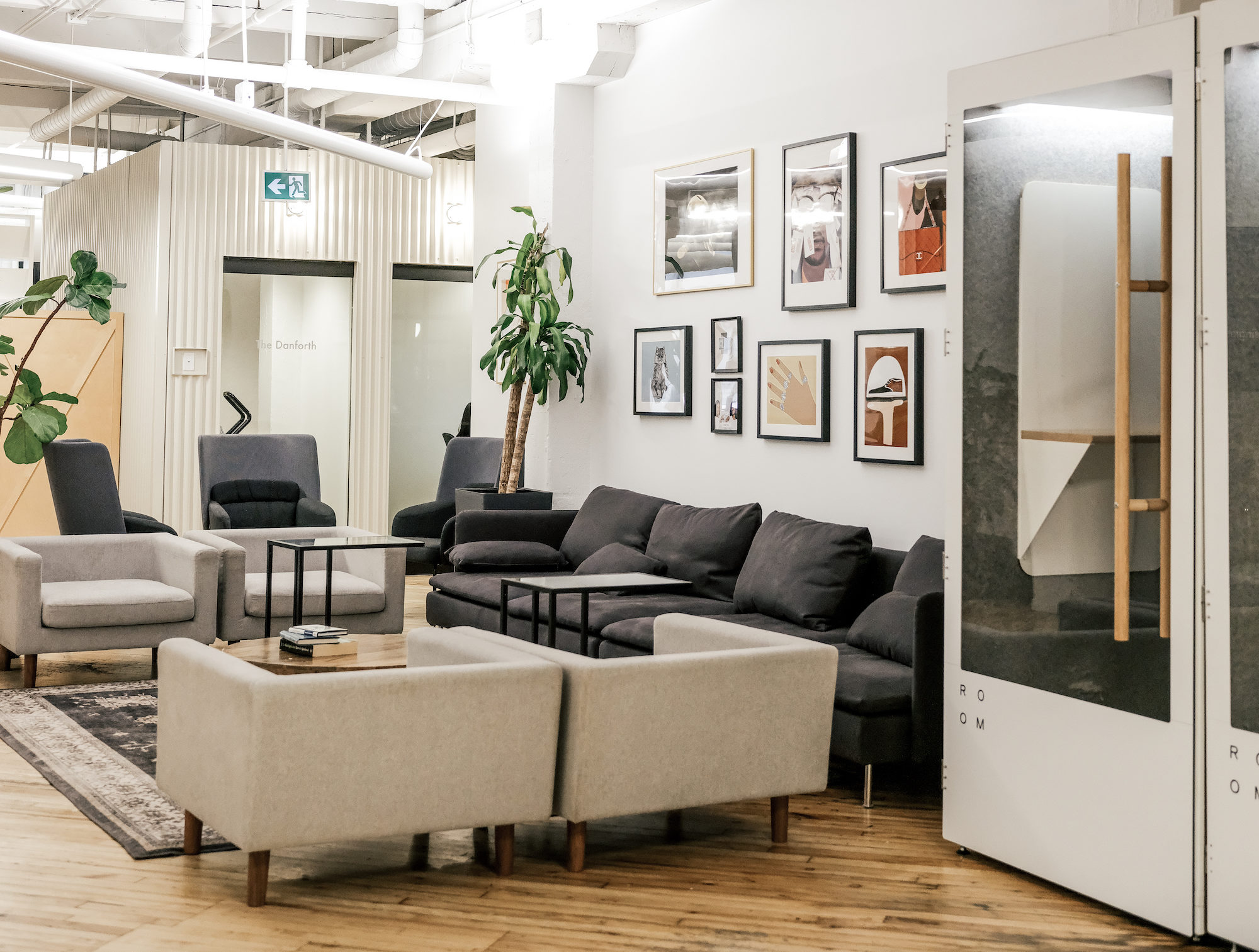 Wealthsimple conducted an office poll to decide on names for their meeting spaces. For the third floor rooms, Toronto neighbourhoods got the most votes (on the fourth floor, it’s global currencies): 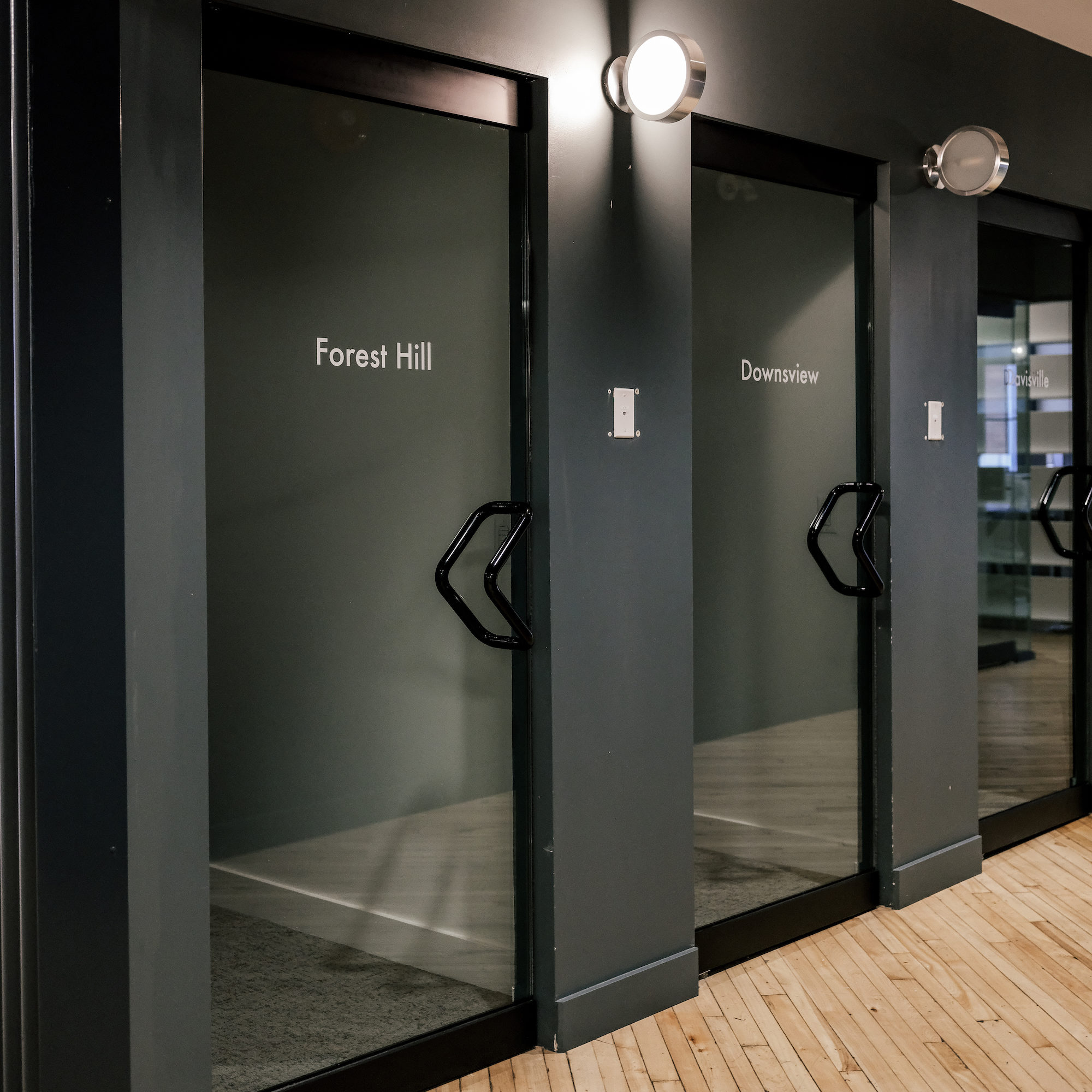 The centre of the office is anchored by a laid-back flex area with lounge chairs and coffee tables. The design team  kept things sparse and simple to avoid overcrowding: 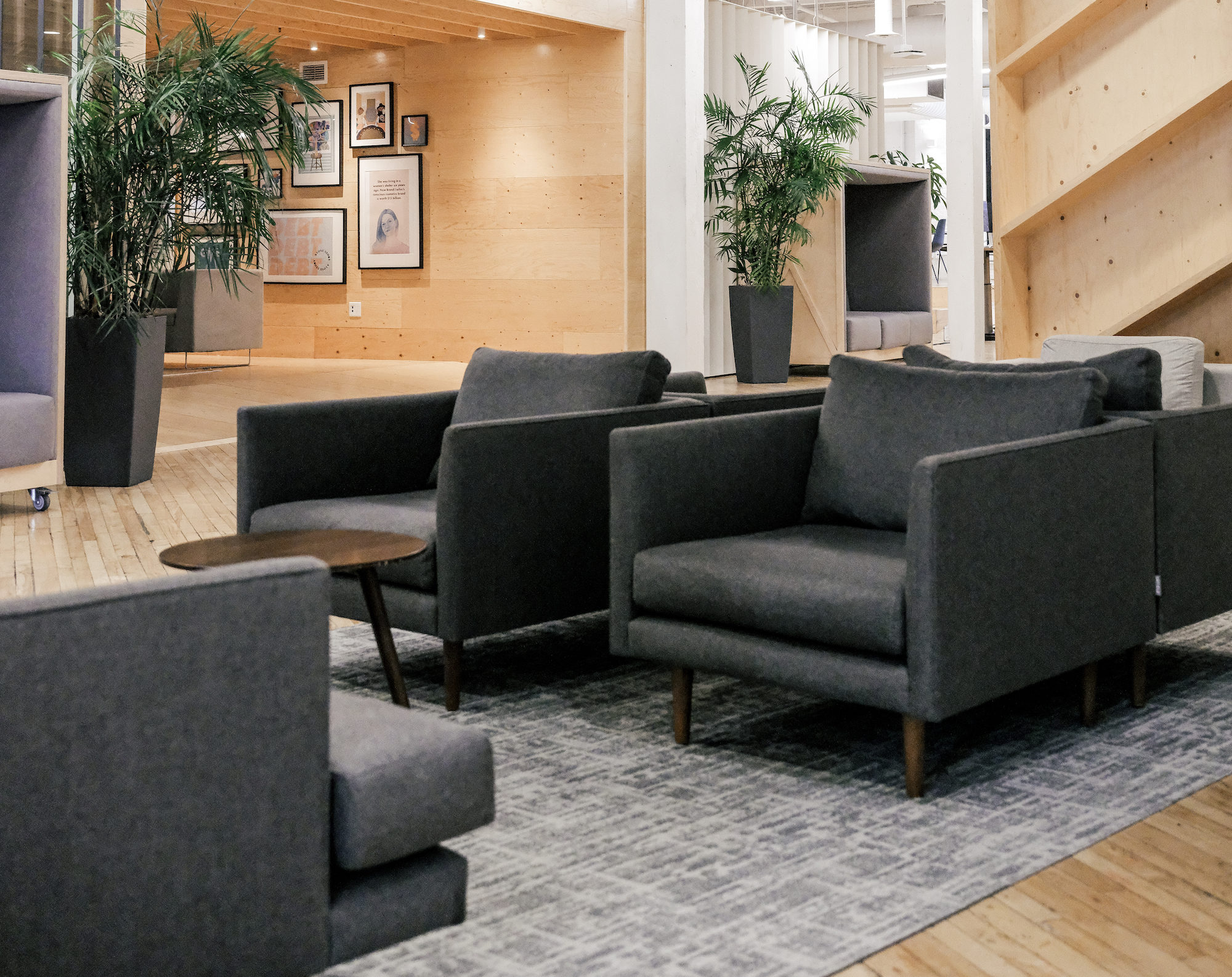 Wealthsimple wanted the office to feel like home for their employees, and act as a time capsule of the company’s history for new team members. They added past campaign art throughout the space, which they intend to evolve and grow over time: 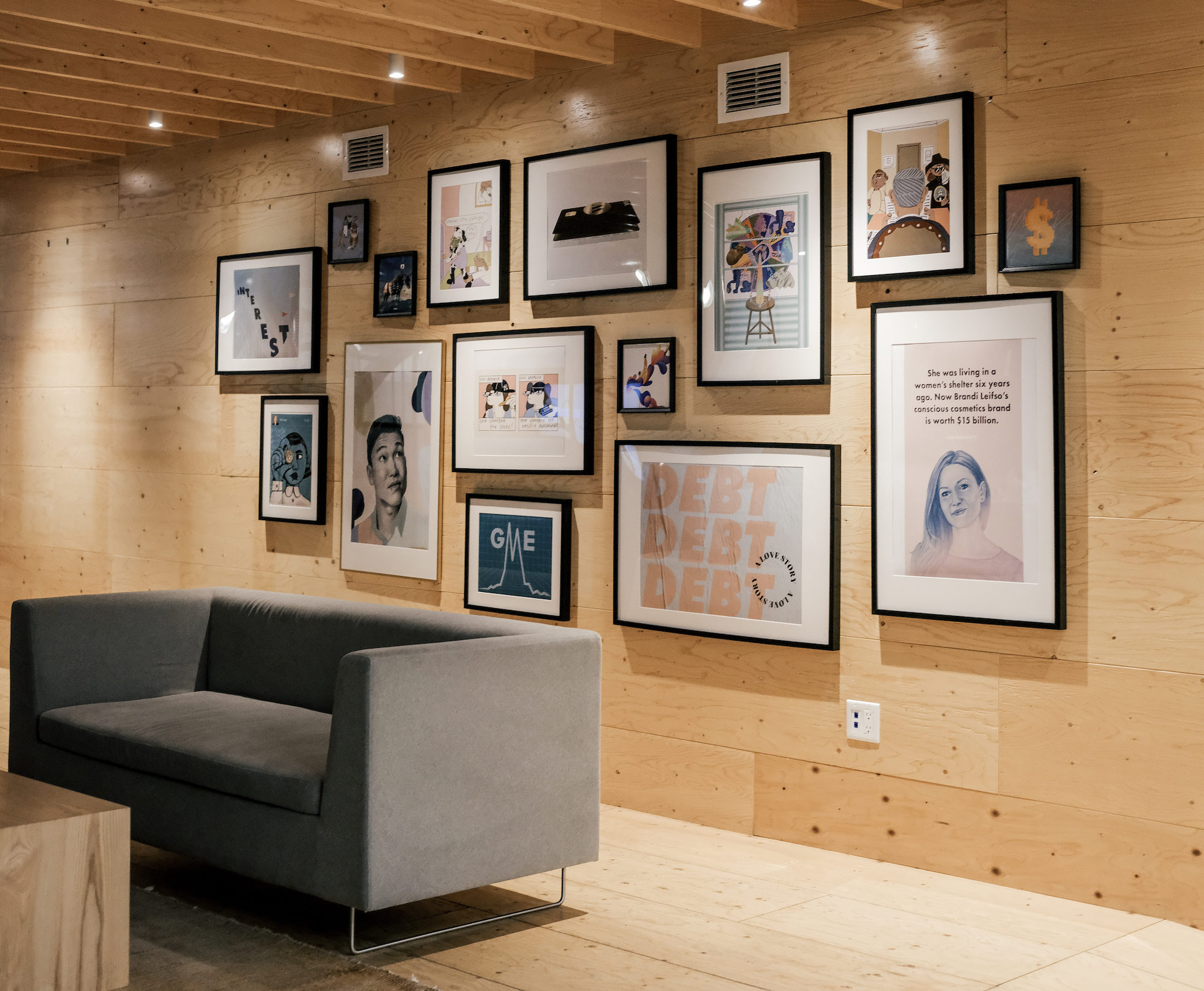 The fourth floor is open-concept. Workers sit in pods that are grouped by departments, and all stations feature adjustable standing desks and ergonomic chairs. Right now, every other desk is left empty to allow for social distancing: 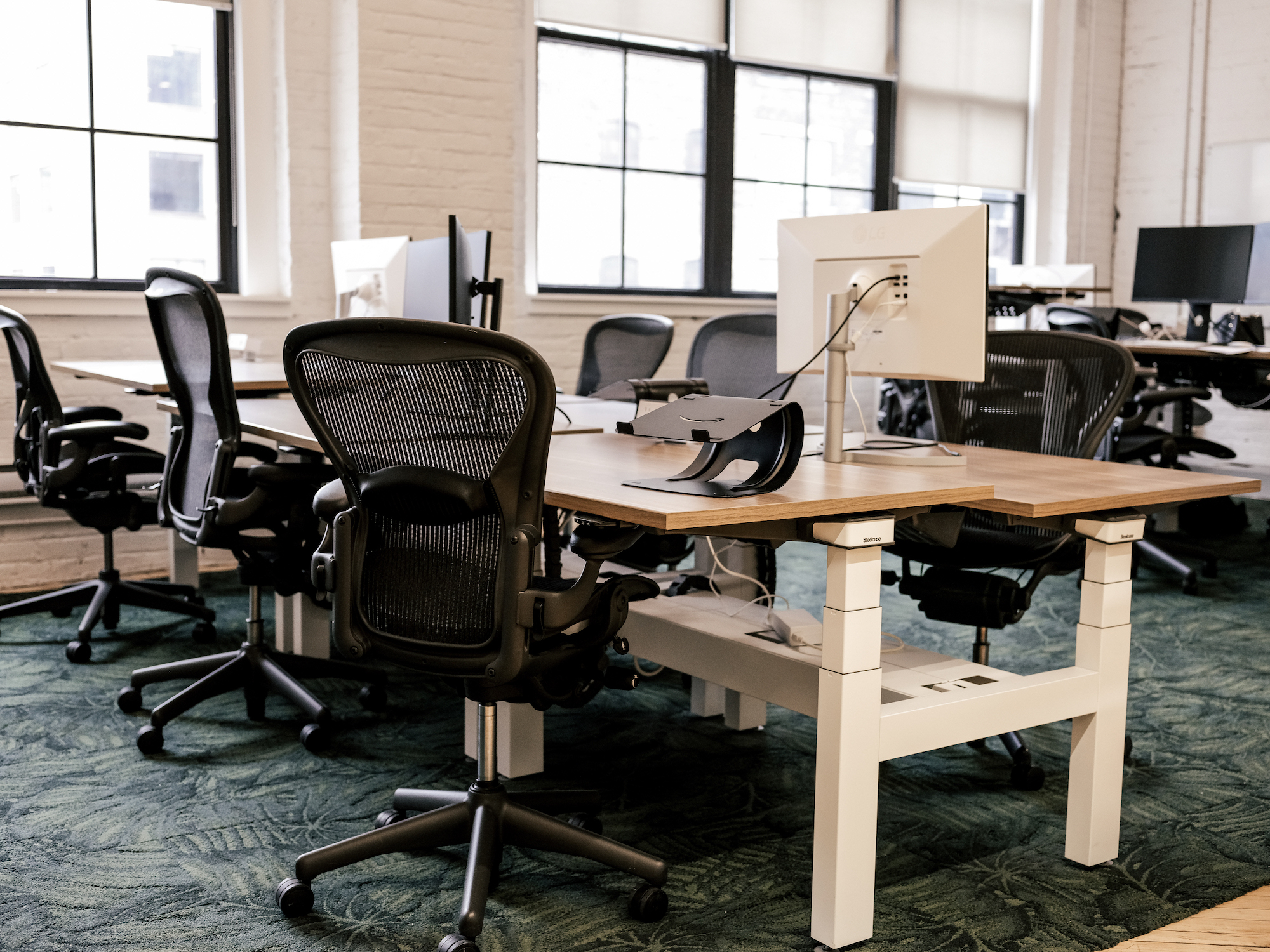 The kitchen is homey and fully stocked. Workers can grab a bite for breakfast from the pantry. There’s a Nespresso machine for lattes and espressos, and alt milk options—including oat and almond—are always in the fridge: 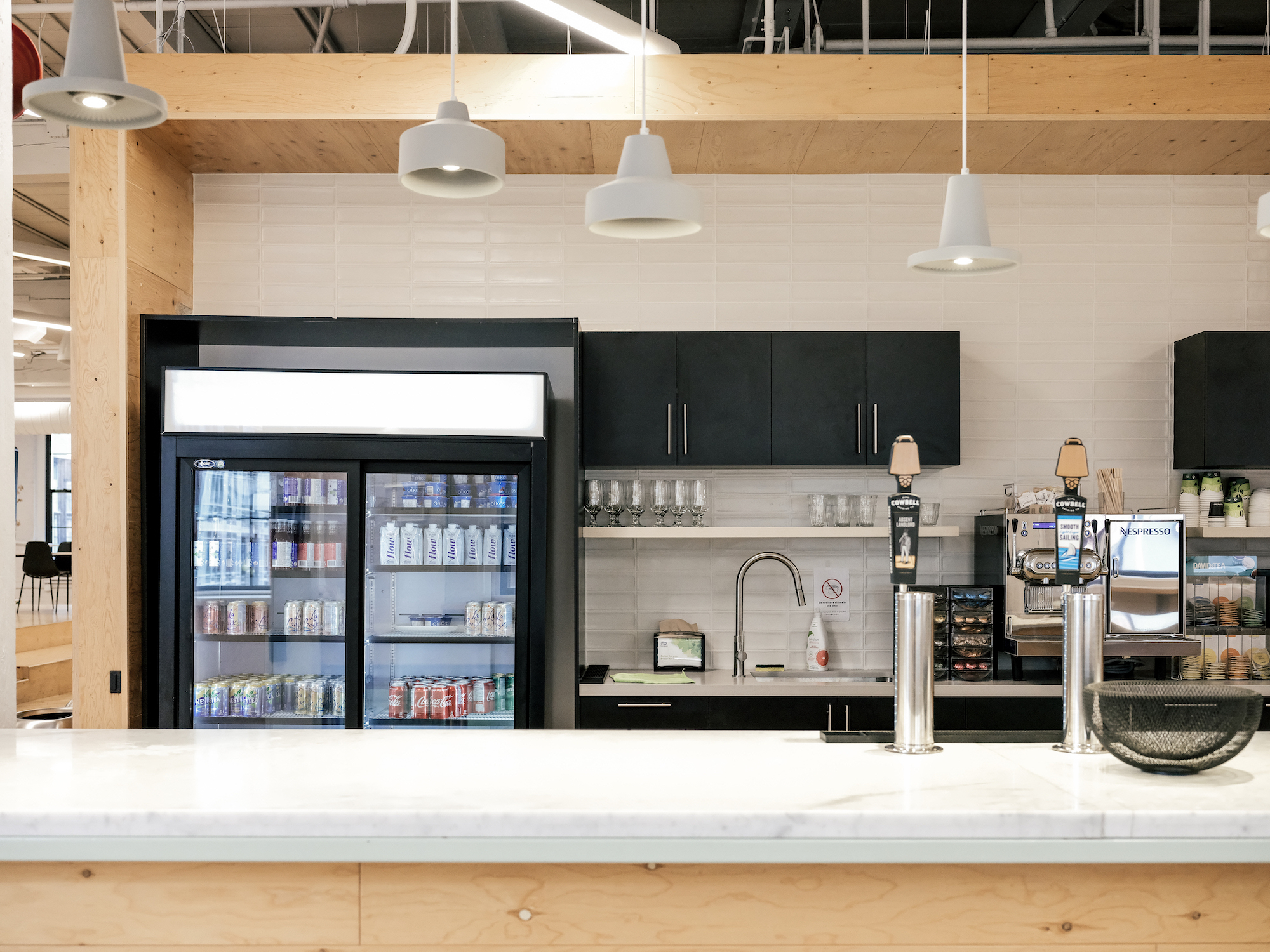 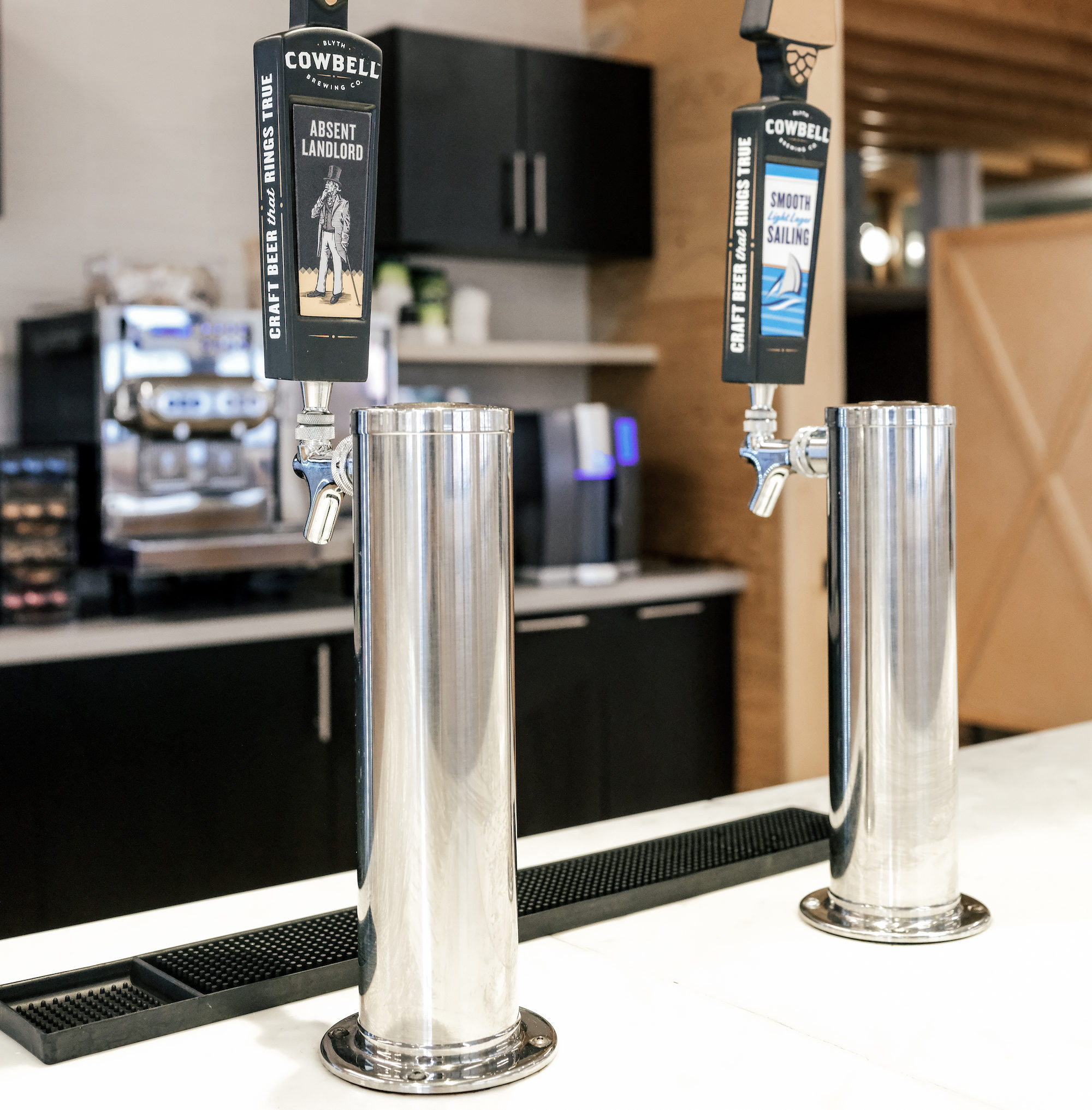 All of the bathrooms are separately enclosed spaces and gender-neutral: 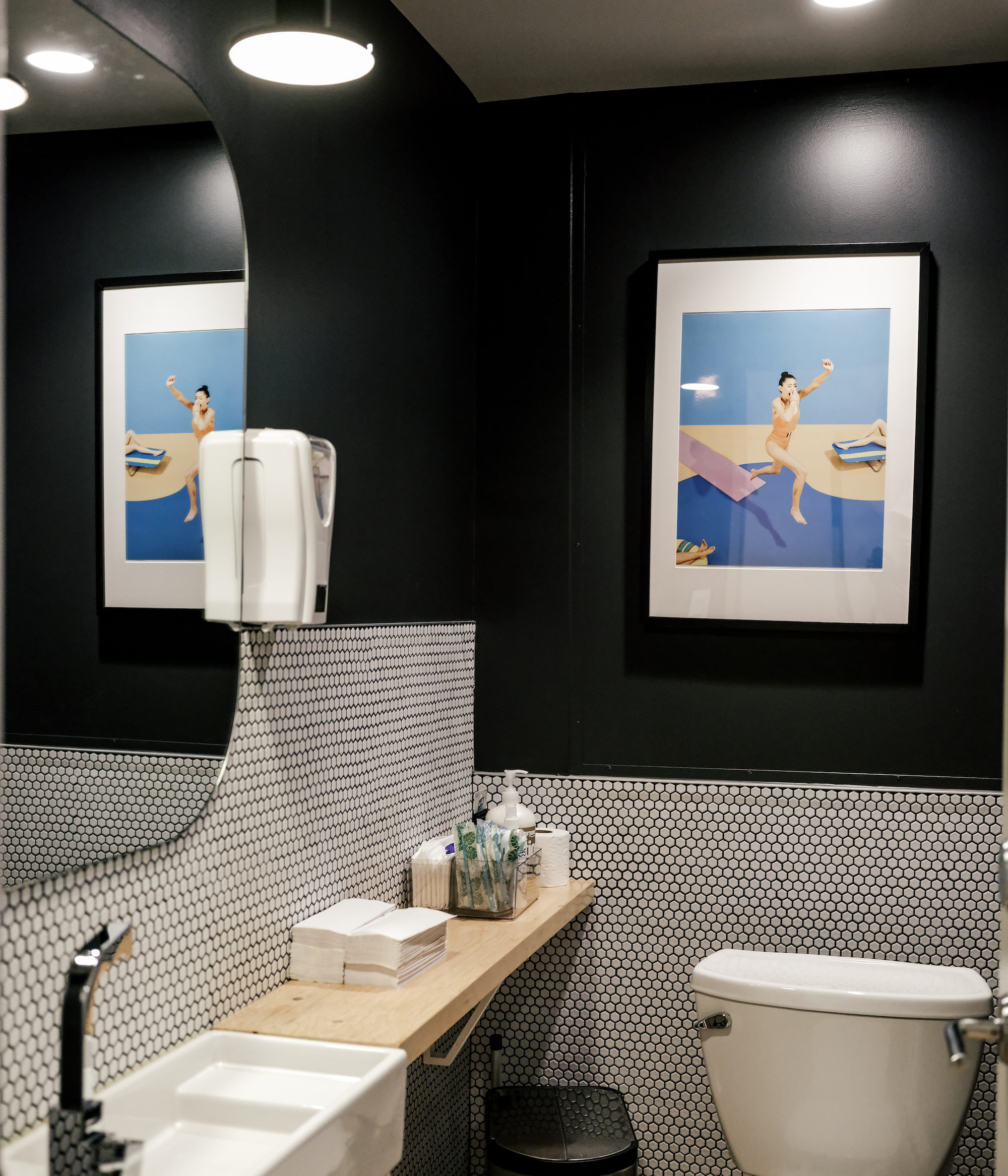 This boardroom is named after the Euro (other fourth-floor spaces include Dollar and Shilling). The textured wall panelling is to improve acoustics, and the space seats 12 on Herman Miller Sayl chairs. The company works with a local plant vendor to keep the plants thriving inside: 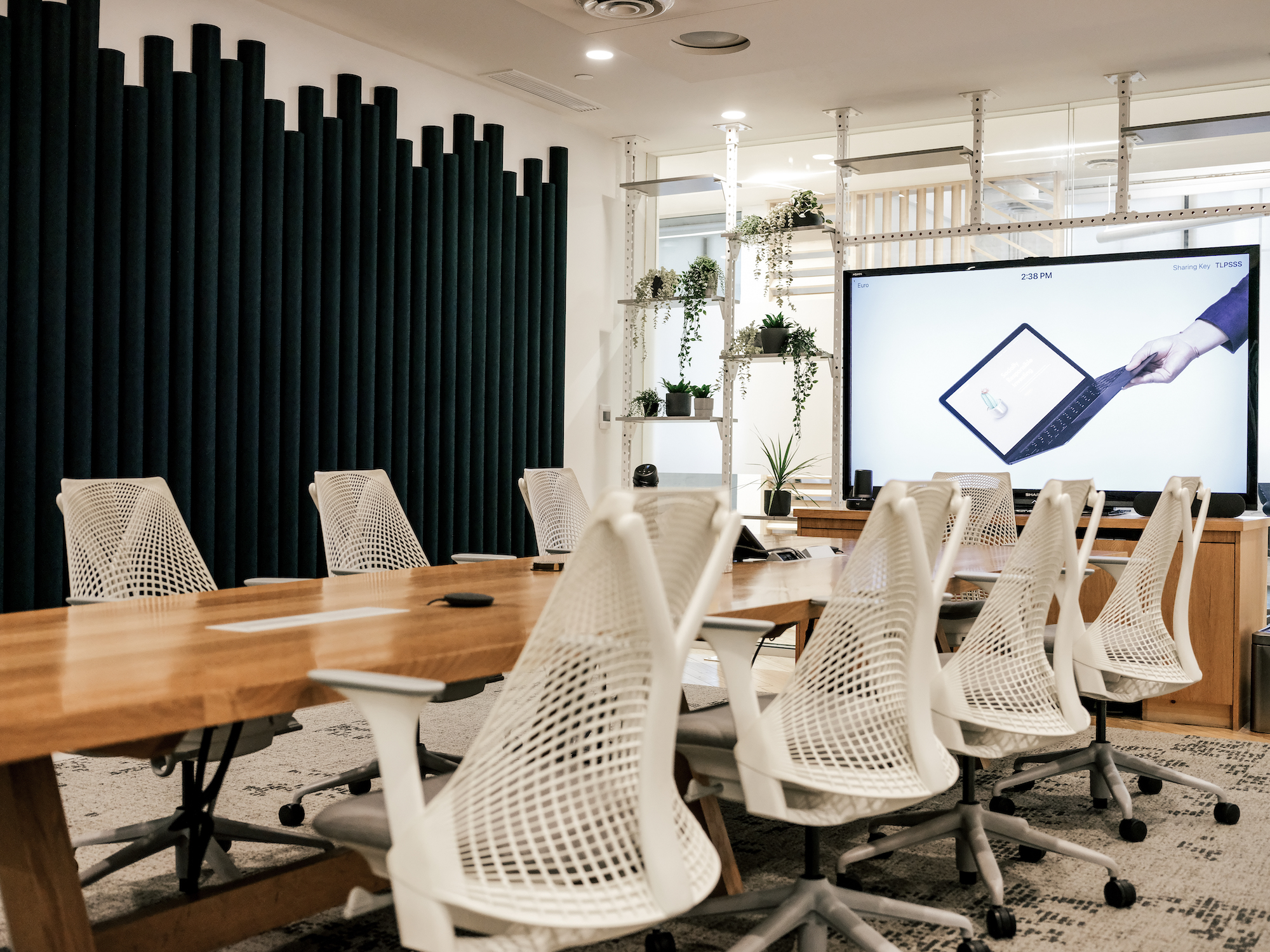 One of the best perks is the rooftop patio with a view of the CN Tower and seating for up to 100 people. It’s a hotspot for staff and company get togethers in the warmer months. There’s also a BBQ and lounge space with artificial turf: 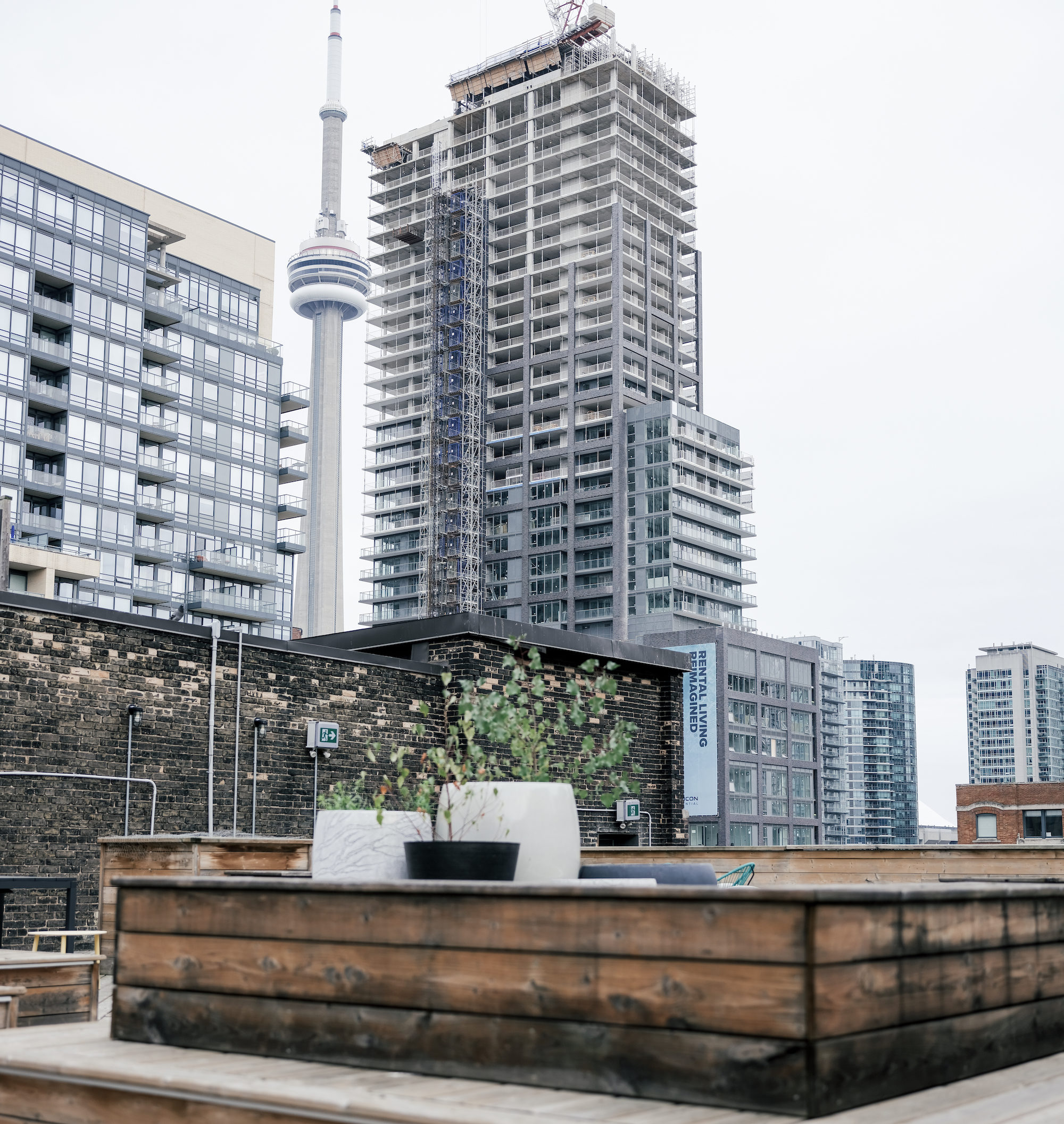 Of course, there’s the requisite game room with foosball and ping-pong tables. Next to the kitchen, there’s another space for workers to unwind with a Nintendo station. The message on the wall reads “Keep it simple,” one of Wealthsimple’s core values: 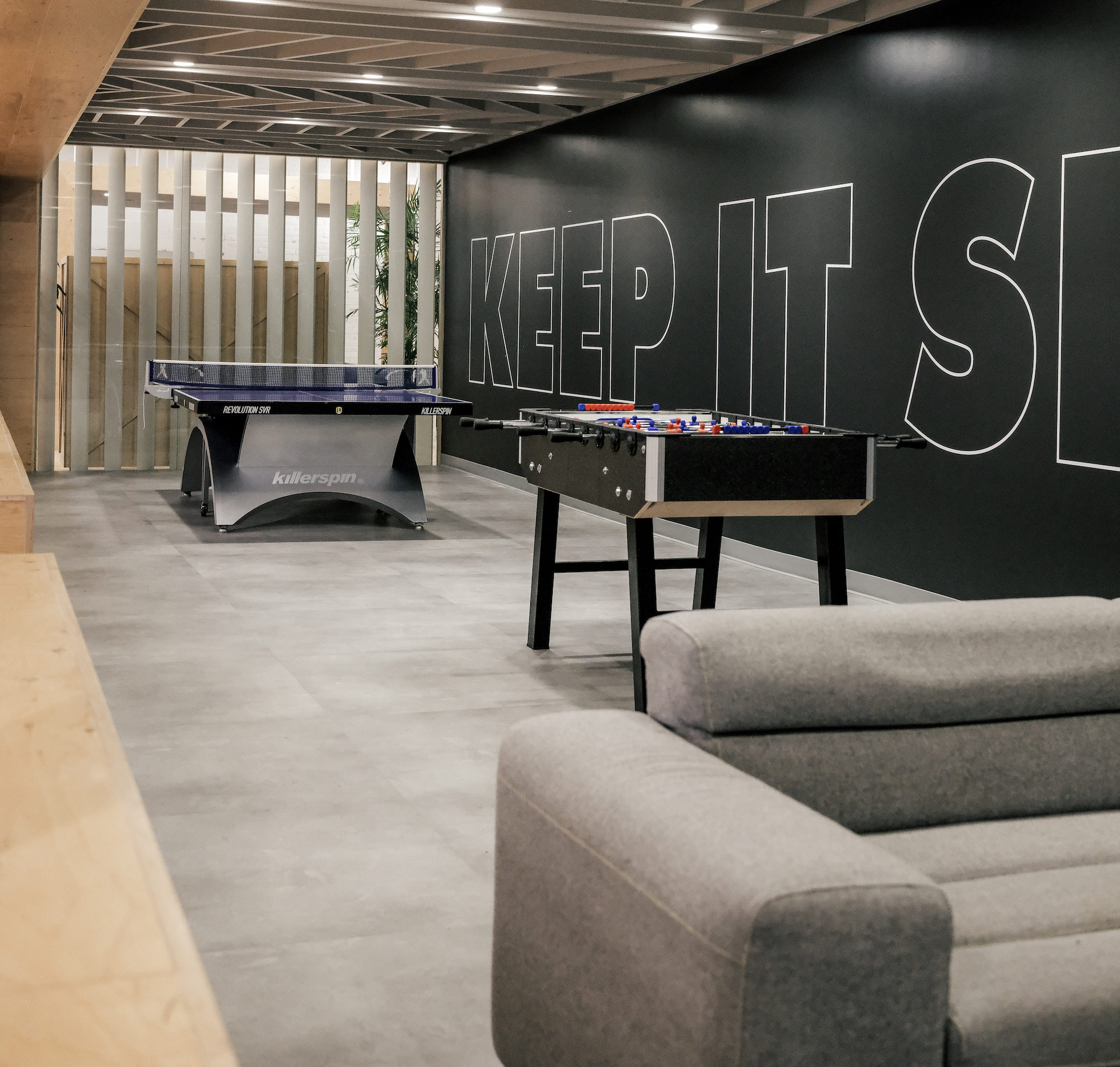 There’s also a bike storage room with a shower downstairs: 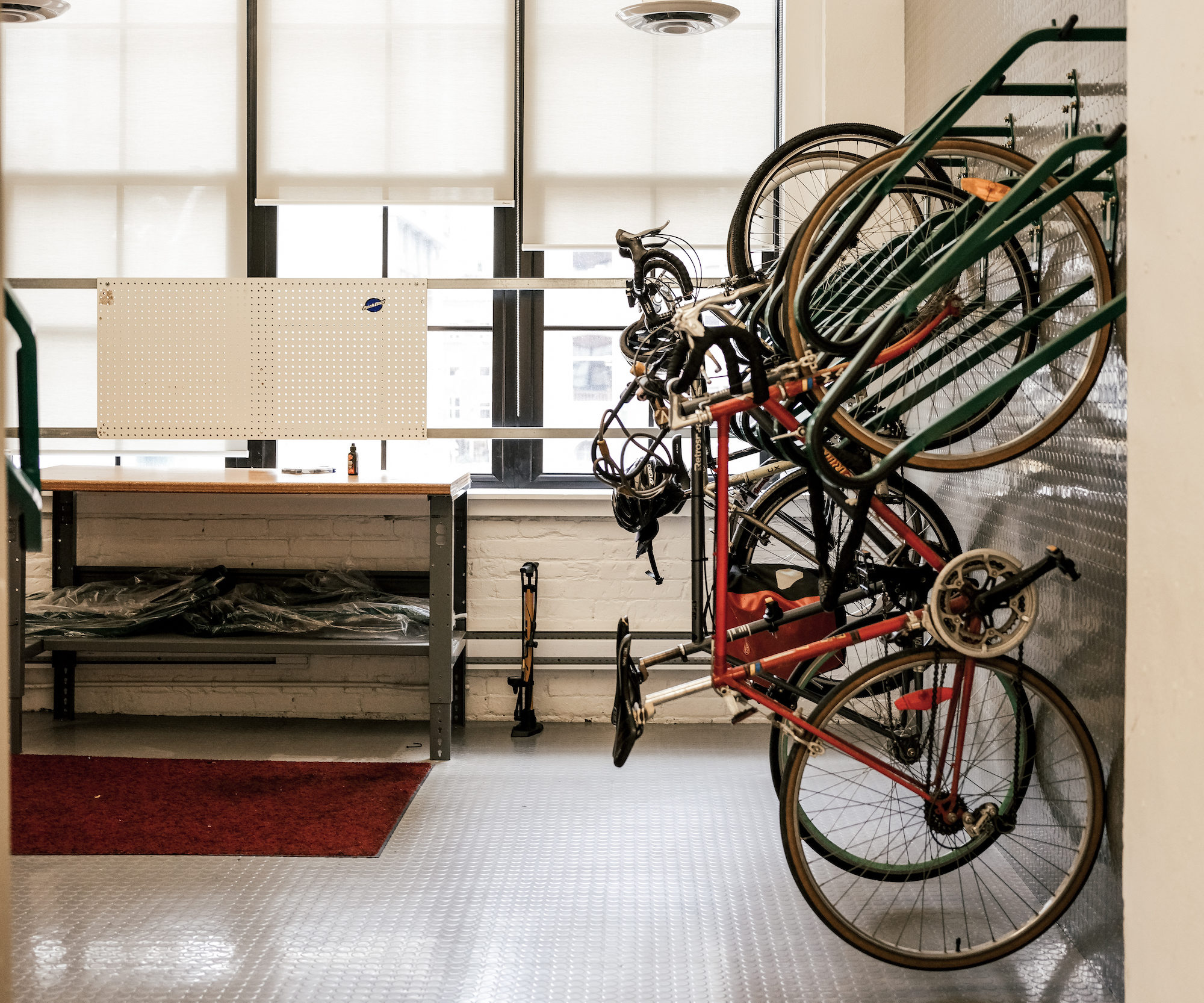