A Toronto builder turned his garage into a $400,000 laneway house. Now his daughter lives back there

A Toronto builder turned his garage into a $400,000 laneway house. Now his daughter lives back there 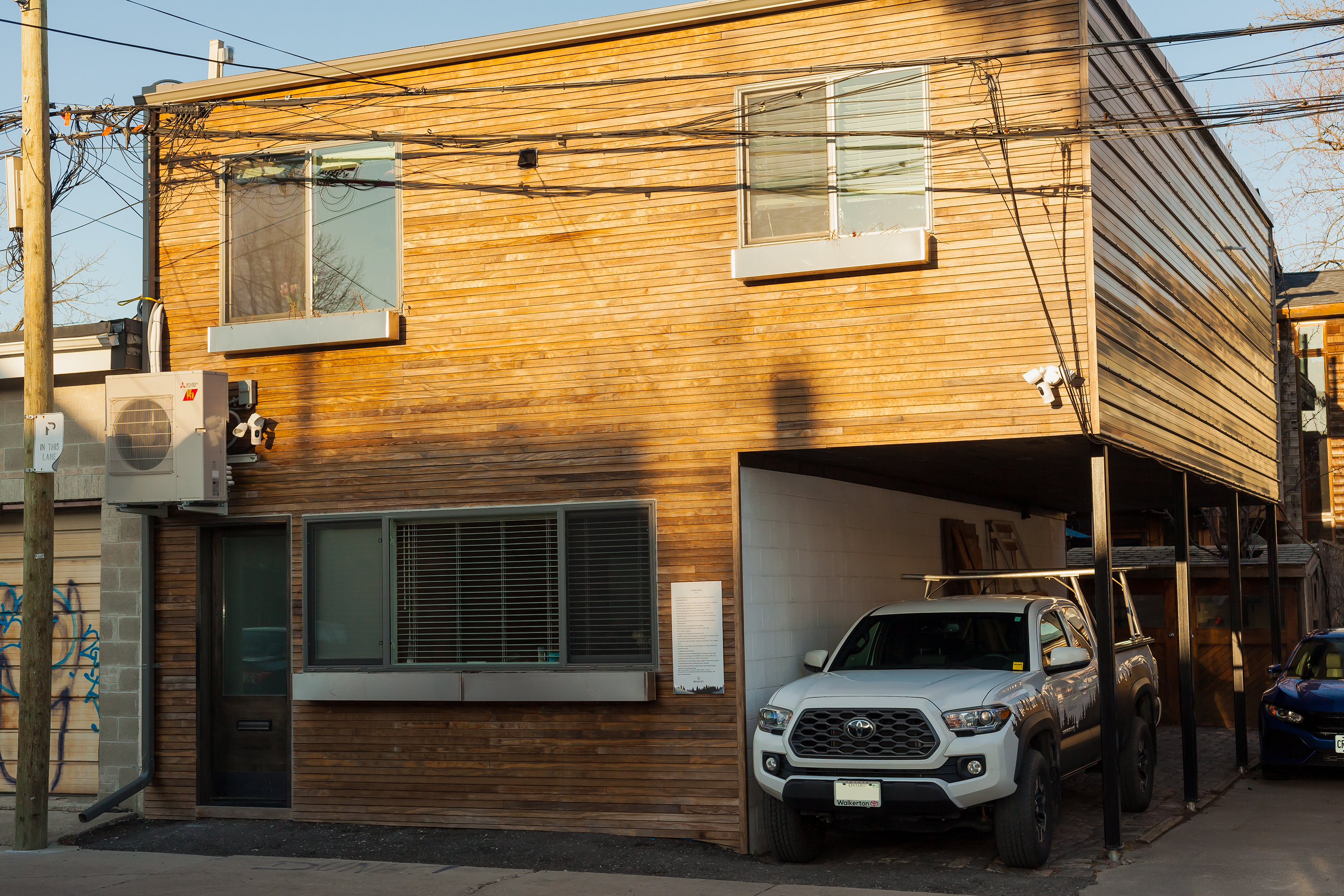 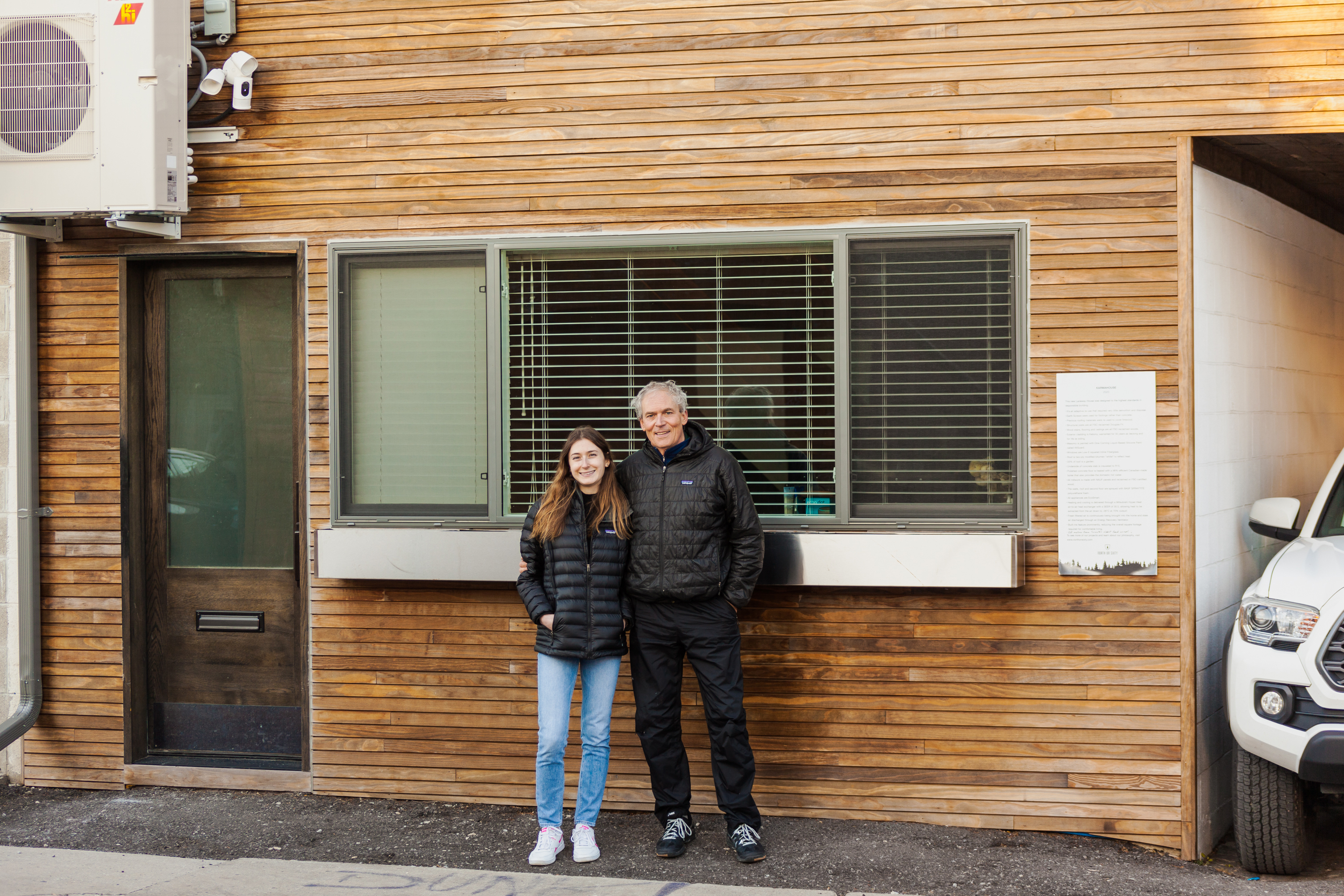 Who: Cédrine Turbide, 25, a consultant; and her father, Yuill McGregor, 60, founder of North on Sixty, a minimal-waste home building company

The history: Yuill and his wife, Sylvie Turbide, bought a three-bed, three-bath detached in Seaton Village for $242,500 in 1991. Shortly after, he turned the house into an urban cottage, using recycled Douglas fir for his living room floor and walls.

Yuill, a self-taught woodworker, liked the property in part for its concrete block garage in the laneway, which he used to store materials for his building companies over the years.

Fast-forward to early 2018, when his daughter, Cédrine, graduated from McGill University and returned home to live with her parents.

Later that year, Yuill read a piece in the Globe and Mail about the city’s new laneway house program. Yuill immediately phoned an industrial designer to make arrangements. Within three weeks, they submitted plans to the city.

Yuill wanted to build a 1,200 square foot two-bed, two-bath structure. He planned to keep most of the existing garage structure and add a second storey, using recycled wood materials for both the exterior and interior, so the place would have a cottagey vibe that matched his main property.

Over the course of his building career, spanning more than 30 years, Yuill has maintained the philosophy that “anything that can be reused, should be reused,” both for environmental and aesthetic reasons.

Yuill thought the laneway house might eventually be a good place for Cédrine to live, but if not, he could rent the space out to supplement his income. His approximate budget for the project was $350,000. Construction began in October 2019.

The build: The project, which finished in May 2020, ended up costing $400,000. Yuill slightly underestimated the cost of permits and labour.

The exterior is made from Kebony wood. Yuill cantilevered a section of the top floor, creating a carport with room for two vehicles:

The floors on the lower level are polished concrete. Yuill salvaged the handrails from the renovation of his old high school, North Toronto Collegiate Institute:

Here’s Cédrine at the top of the staircase: 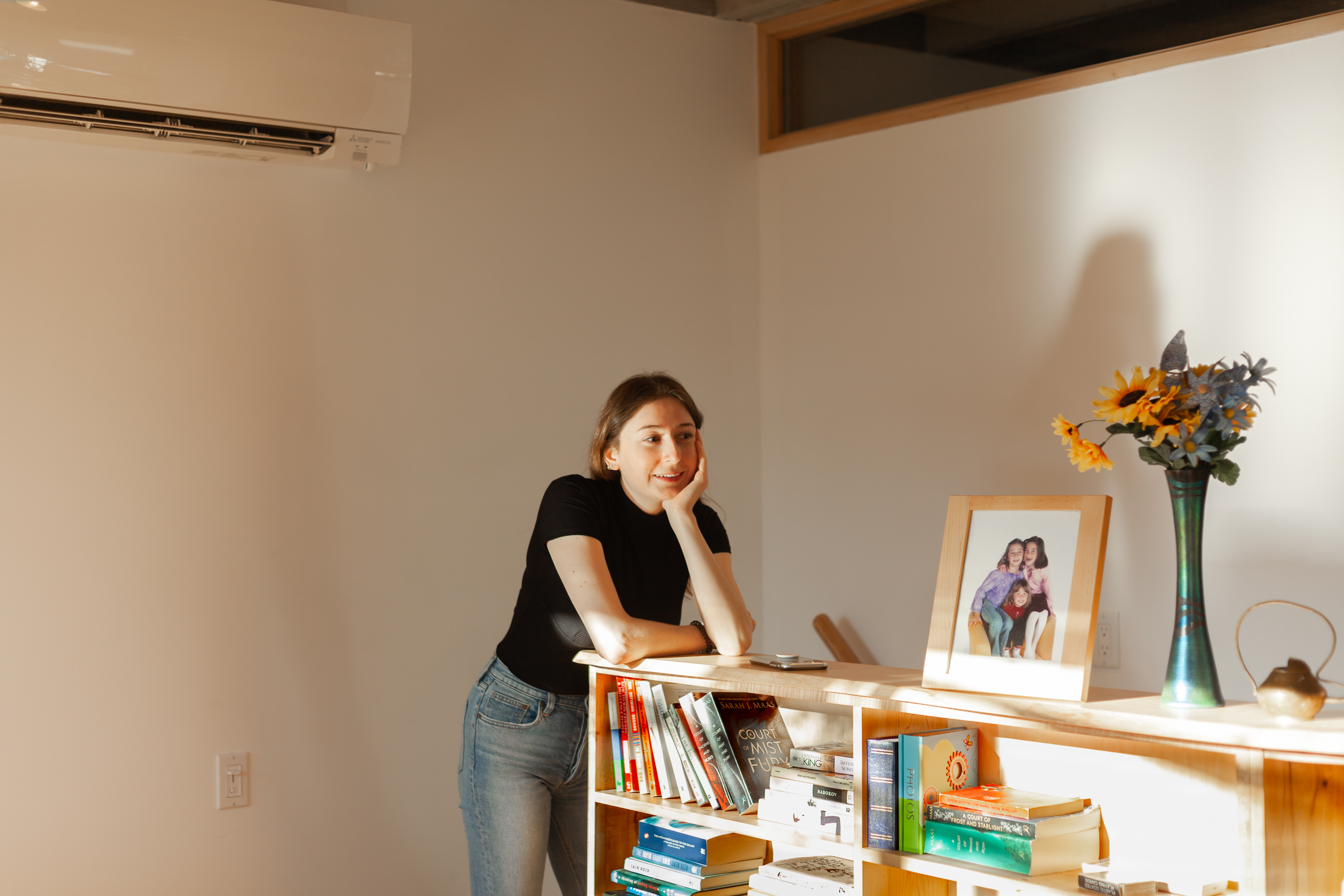 In the kitchen, there’s a quartz island, hemlock cabinets and a marble tile backsplash:

Another look at the upstairs. Yuill used Douglas fir beams for the ceiling, which will provide enough support should he eventually add a rooftop garden and deck. The floors are also made from Douglas fir:

Cédrine eats at an old-growth maple table near the kitchen. It’s right beside a west-facing window, which gets plenty of sunlight in the afternoons: 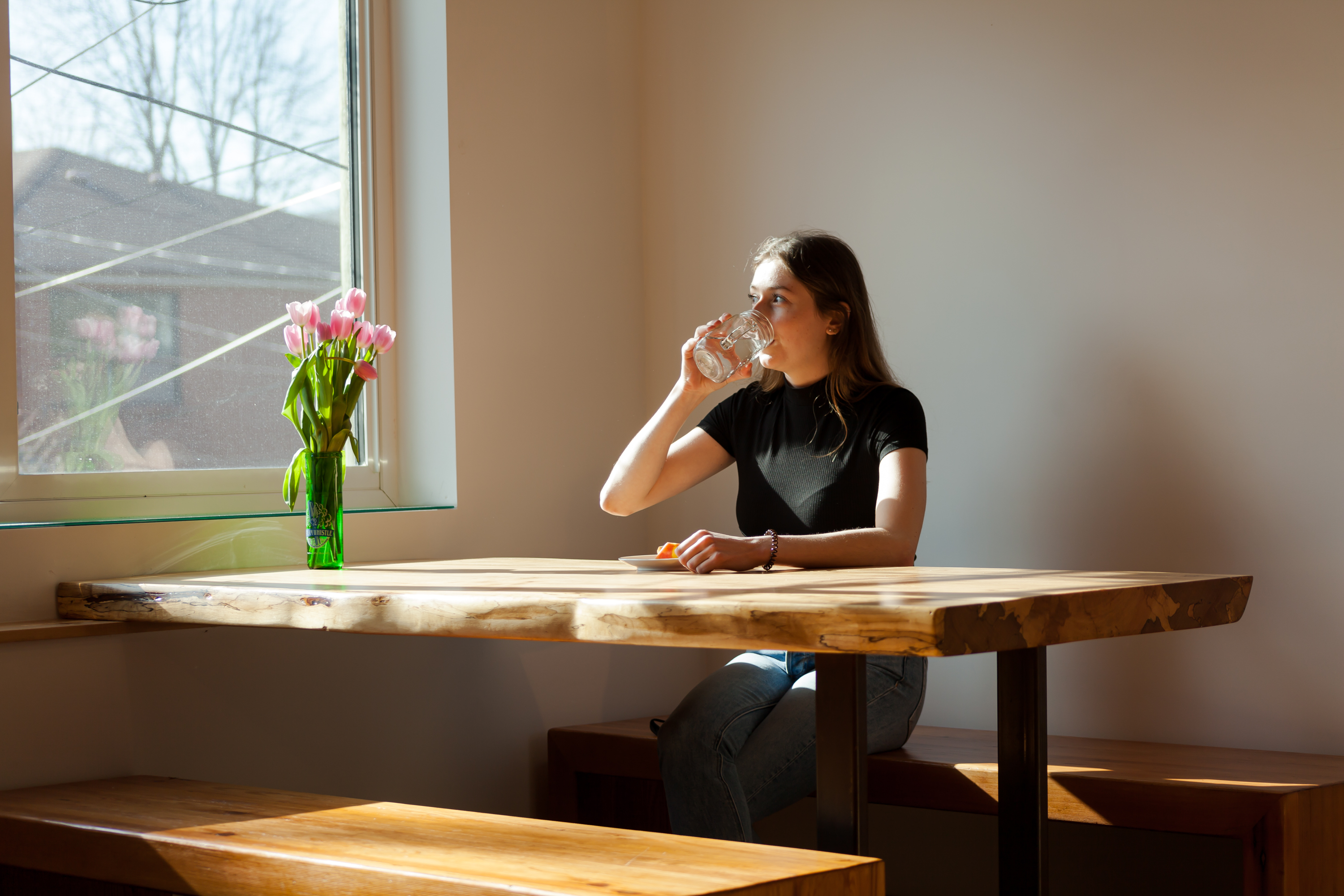 There’s halo track lighting in this bedroom, and a built-in bed frame:

There’s a porcelain shower in the upstairs bathroom:

The outcome: In September, Cédrine moved into the laneway house with her cousin, Nicole, who had just moved out of a condo near Union Station. Nicole stays in the second bedroom on the top floor.

They decided to live together because they thought it would be fun, and they figured it would be nearly impossible to find a place this nice and affordable elsewhere in the city.

Cédrine and Nicole pay $1,500 a month each, which they think is more than reasonable, given the size (about 1,350 square feet) and location (it’s about a 30-minute walk to Kensington Market, which they like to explore). 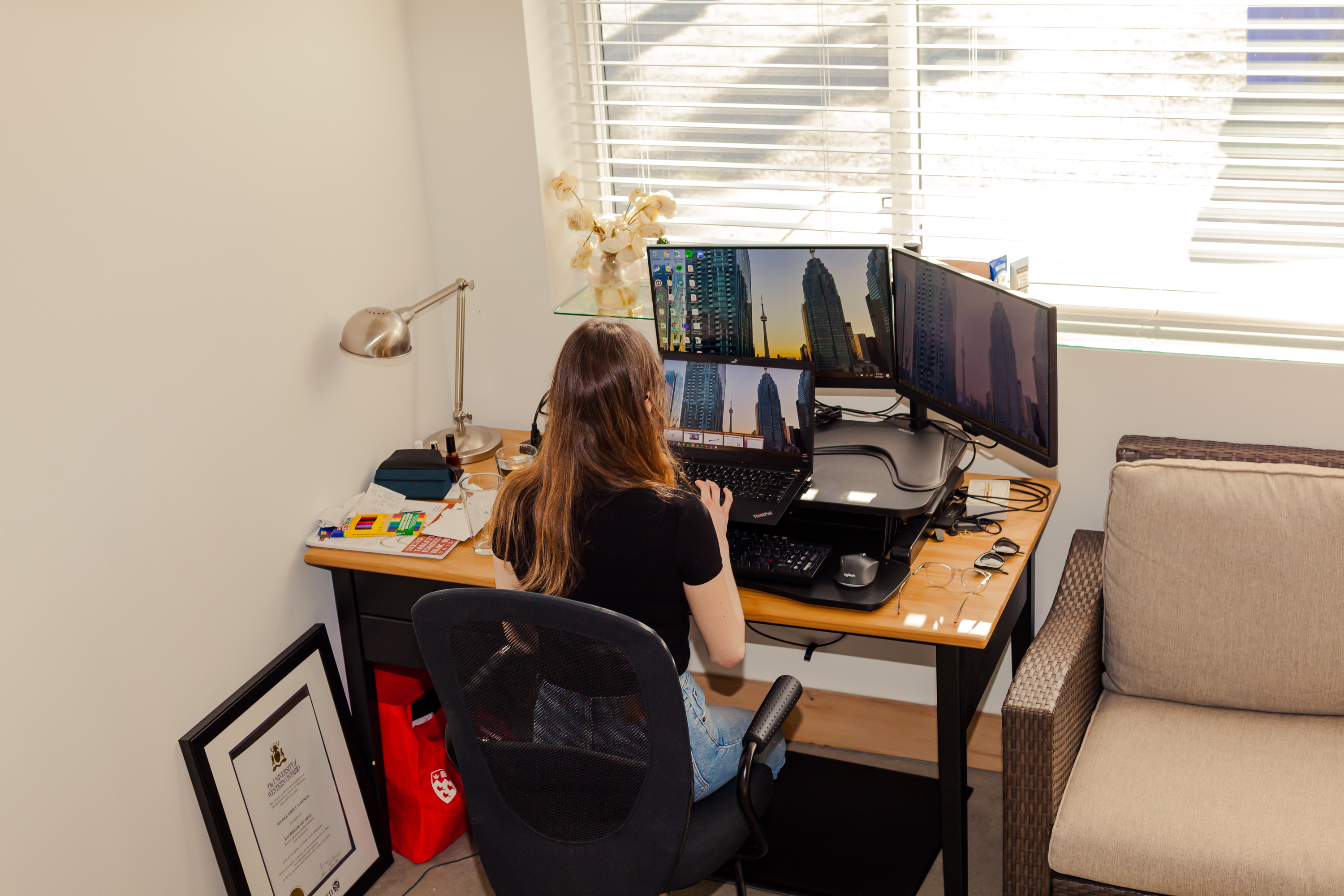 Cédrine imagines herself living in the laneway house for the foreseeable future. When Cédrine and Nicole eventually move out, Yuill thinks he’ll be able to rent the space out for between $4,000 and $5,000.

There’s a downside to living in your parent’s backyard: Cédrine’s friends often make fun of her because she never really left home, but Cédrine and her parents are happy to have family so close by.