I moved in with a stranger during lockdown. Now we’re in love

I moved in with a stranger during lockdown. Now we’re in love 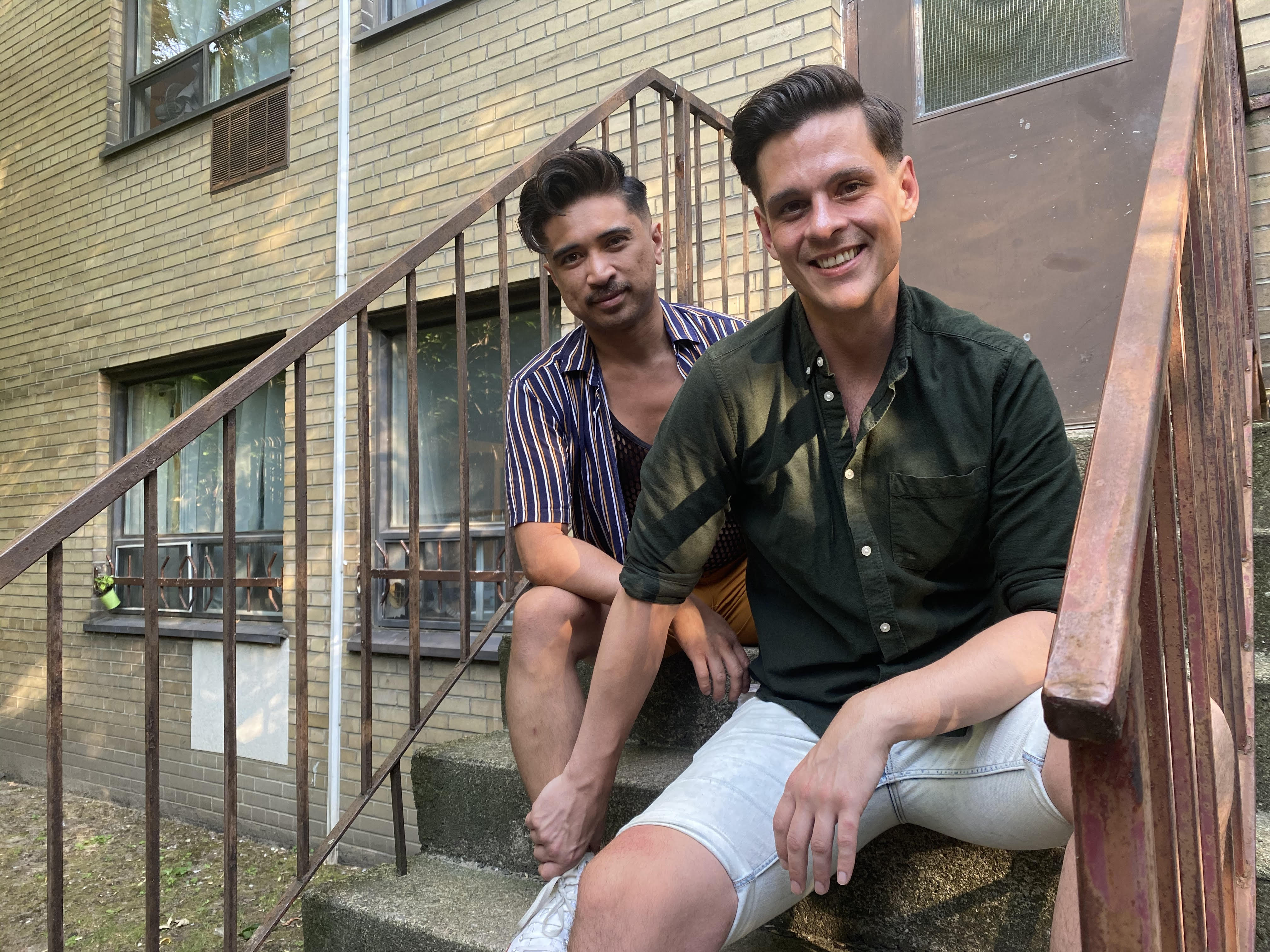 In April, at the height of the pandemic, Michael Alday, a 32-year-old fashion operations manager, was trying to figure out how to date while everyone was in lockdown. His solution? A 14-day quarantine date inside his home. Here, Alday and his new boyfriend, Justin Goodhand, an actor, discuss the ups, downs and initial awkwardness of their quarantine love story.

Michael: I was born and raised in Scarborough, and I moved into my one-bedroom apartment in the Village in November 2019. I have Grindr Unlimited, which means I can see as many profiles as I want and tap as many people as I want. I tapped Justin in late March because I thought he was cute.

Justin: I grew up in London, Ontario, but moved to Toronto in 2007. When Michael tapped me on Grindr, I tapped back right away. We tried to meet up about four times, but things kept coming up on my end.

Michael: Justin and I finally found a time to meet in person on Sunday, April 3. I was taking Covid extremely seriously because my cousin got it. Her husband had to take care of their kids while she was in hospital, so I offered to dogsit her Labradoodle, Woody. But I wanted to meet Justin. I hadn’t been on a date with anyone else for over 14 days and I asked Justin if he had seen anyone. He said no, so all we could do was trust each other. We agreed to meet at my apartment for a quick visit.

Justin: When I walked into Michael’s apartment, I noticed his fridge had magnets with opera and Toronto Symphony Orchestra tickets. I trained at George Brown Theatre School and work as an actor, so that sparked some conversation.

Michael: We ended up talking for five hours before we got up to anything, and then Justin stayed the night. The next morning, I left the apartment to walk Woody. Before I left, I scribbled a note for Justin that read, “Good morning, Mr. Handsome Man. I like you, and so does Woody.” 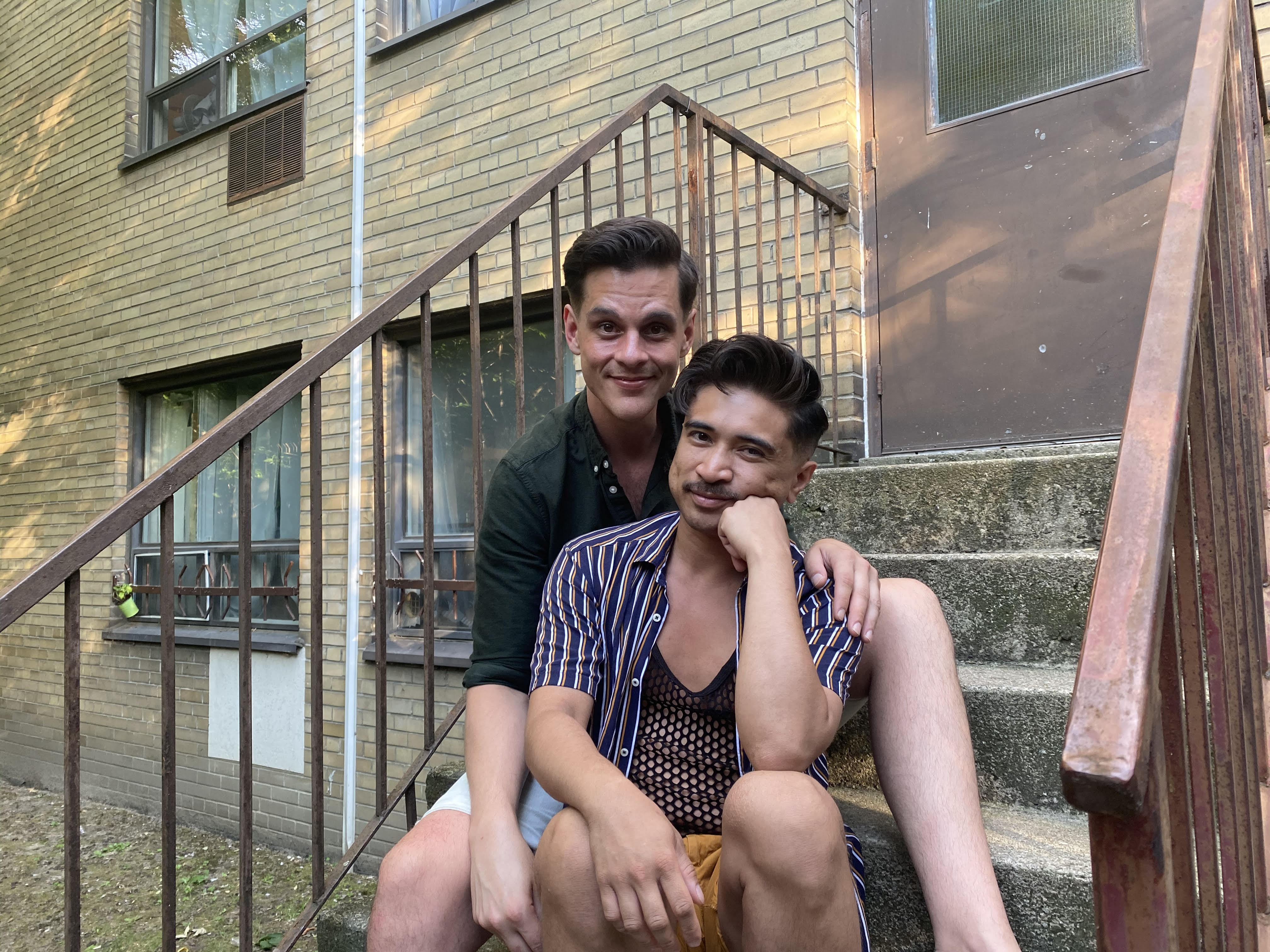 Justin: It was so wonderful to wake up to that. In past relationships, I tended to be the caretaker. I saw right from the beginning that Michael is also a caretaker, and I decided I was going to let him take care of me. I didn’t leave, and over the next few days, Michael made me breakfast every day—pancakes using cereal milk and Filipino foods like tocino, which is a sweet cured pork with garlic fried rice and fried eggs.

Michael: Three days later, he had to leave for a few hours and I texted him saying, “You have to come back. We’re quarantining together.”

Justin: I went home to my place to pick up a toothbrush, clothes and other toiletries. I was already planning to come back. We liked each other more and more after every hour we spent together. I thought, Well, I’ll stay until it stops working. There were no acting jobs because of Covid, so I wanted to ride it out for as long as it felt right for both of us. We decided to test out a 14-day quarantine together to see how it would go.

Michael: Since then, we’ve spent most of our time together. For the first while, we played it coy. We both have a history of falling hard fast.

Michael: Justin has definitely helped me become a better communicator, especially when it comes to my feelings. I tend to have my guard up, and he reminds me that I don’t have to do that with him.

Justin: The first real issue we had was about money. Michael and I are both the kind of people who like to treat others to things, but we get uncomfortable talking about money.

Michael: In the early days, Justin said I should text him when I had an issue on my mind that I wasn’t comfortable talking about in person. I was spending more than he was on home essentials like groceries and toilet paper, and the bills were adding up, which stressed me out. So I texted Justin while I was walking Woody. I wanted to start budgeting and meal planning.

Justin: I’m used to having a stocked cupboard, but Michael would rather only buy items that are on the meal plan for the week. We weren’t tracking our spending, so I was grateful he brought it up because I could tell there had been something on his mind. 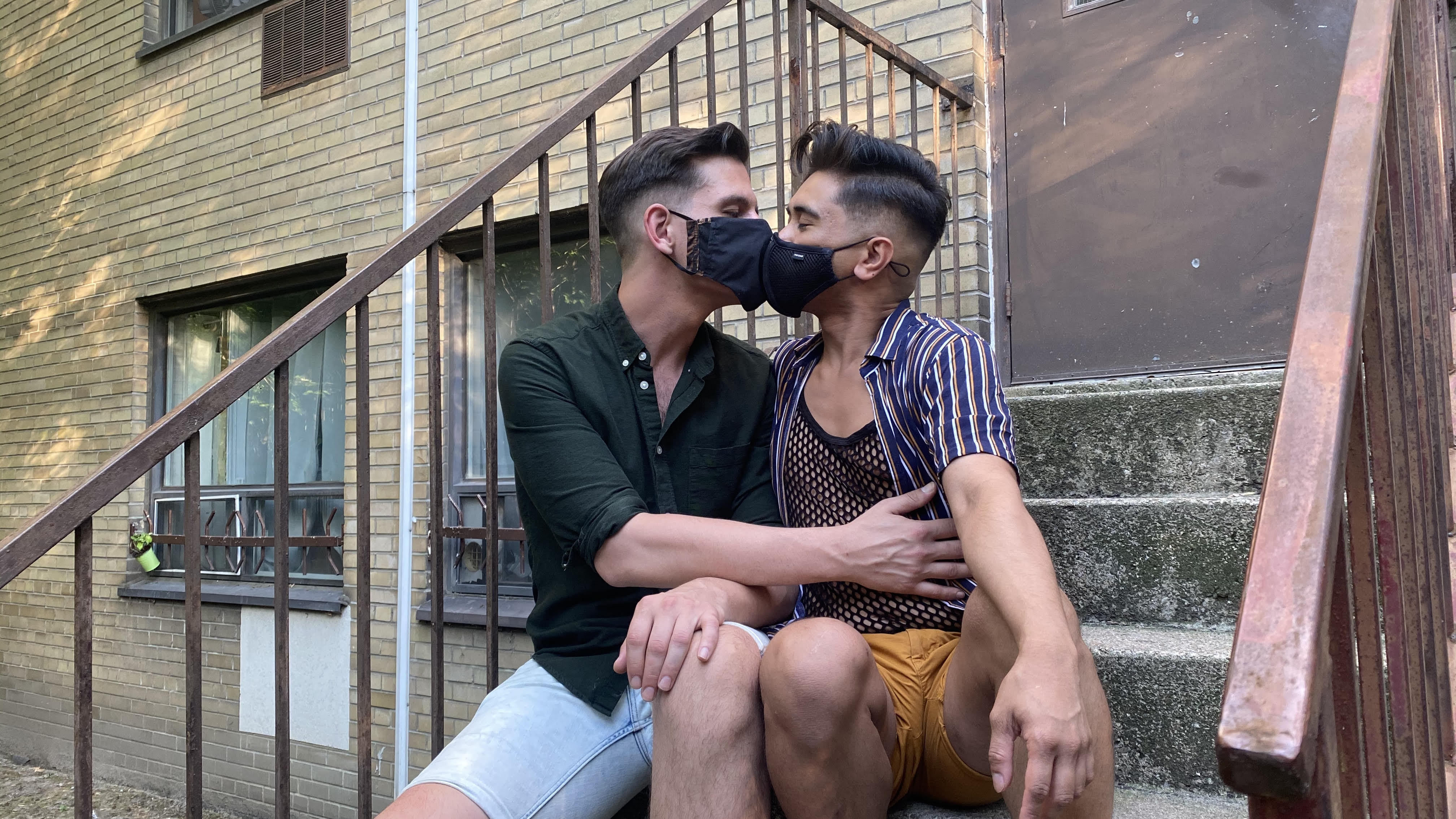 Michael: Now, we split rent, bills and groceries. We’re both on CERB—I lost my job in April—so we decide who pays based on whose cheque comes in first each month. Now that CERB is ending, I hope work will call me back soon. If not, I’ll look for a new job. Justin still has his apartment, but we moved more of his stuff into my place, like all of his books. We also hope to get a dog, probably a Labradoodle like my cousin’s, because that’s what gays do.

Justin: Michael’s parents recently had me over for a visit in their backyard. We ate pork adobo, beef caldereta and Filipino spring rolls. I’d love for us to visit the Philippines one day, but right now we’re content in our Covid bubble.

Michael: Even though restrictions around gatherings are easing up, we’ve been staying inside. Justin makes the best homemade carbonara, and he also takes simple foods, like mac and cheese and grilled cheese, and elevates them with truffle oil, chanterelle mushrooms and deep-fried onions.

Justin: We also bought two mid-century modern dressers that we’re sanding and repainting. It’s a project to pass the time, and we’re hoping to sell them soon. I had an ugly green floral dining table in my apartment that I turned into a coffee table. I cut the legs off, sanded it down, painted it white and added gold-leaf accents. We’re making this place our own.