These pitmasters are taking a ‘cue from the Lone Star State. 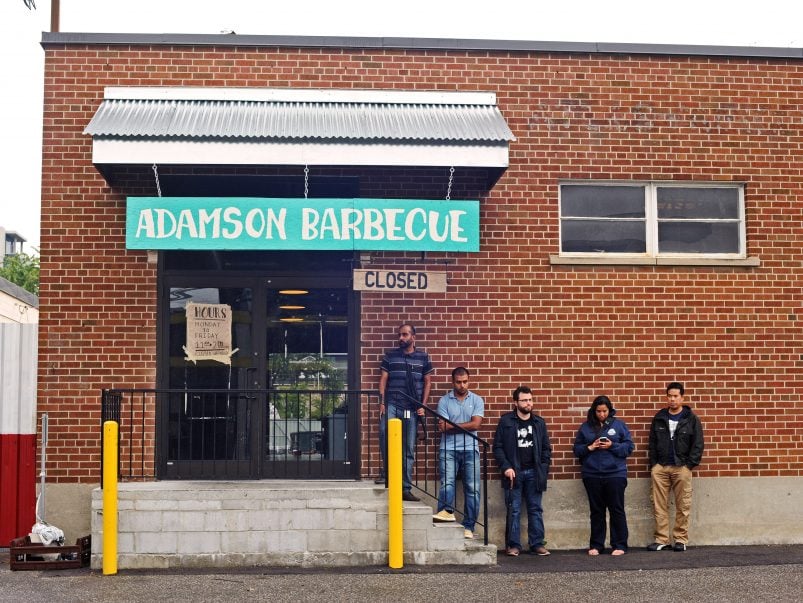 Who’s lining up for Adamson Barbecue at 10:30 on a weekday morning?

Central Texas barbecue is all about brisket, ribs and sausage, minimally seasoned and cooked for many hours over hunks of burning oak. Few fetishized it until 2011, when a 30-something prodigy named Aaron Franklin opened Franklin Barbecue in Austin, the biggest phenomenon to hit the barbecue universe since the moist towelette. His methods have come to Toronto, once a city of kitchen-sink operations serving a mash-up of regional styles without that all-important woodsmoke flavour. These three new joints are serving painstaking, pain-in-the-ass barbecue worthy of Franklin and his forebears.

Cherry Street BBQ opened in the Port Lands in June, but owner-pitmaster Lawrence La Pianta already qualifies as an old hand. He’s a veteran of both Toronto’s barbecue scene and the North American competition barbecue circuit, but his aha moment happened on a 2011 trip to Franklin Barbecue in Austin: “The Franklin phenomenon, it changed my life,” he says. “I stood in line, I tasted his brisket and I said, I have to do this.”

La Pianta previously tended the smoker at Aft Kitchen in Riverdale, where he produced some of the city’s best—at the time—brisket and ribs on an automated, no-fuss unit called a pellet smoker. Too easy, he decided. At Cherry Street, he’s cooking on a Lang 108 offset smoker that can handle up to 360 kilos of meat; it burns white oak logs broken to pieces behind the restaurant by La Pianta and his axe.

Barbecue philosophy: “I’m here because of the food. If a beer tap blows, I don’t give a shit; if a brisket comes out and it’s not perfect, I lose my mind. My head melts.”

What’s on the perfect tray at Cherry Street BBQ: 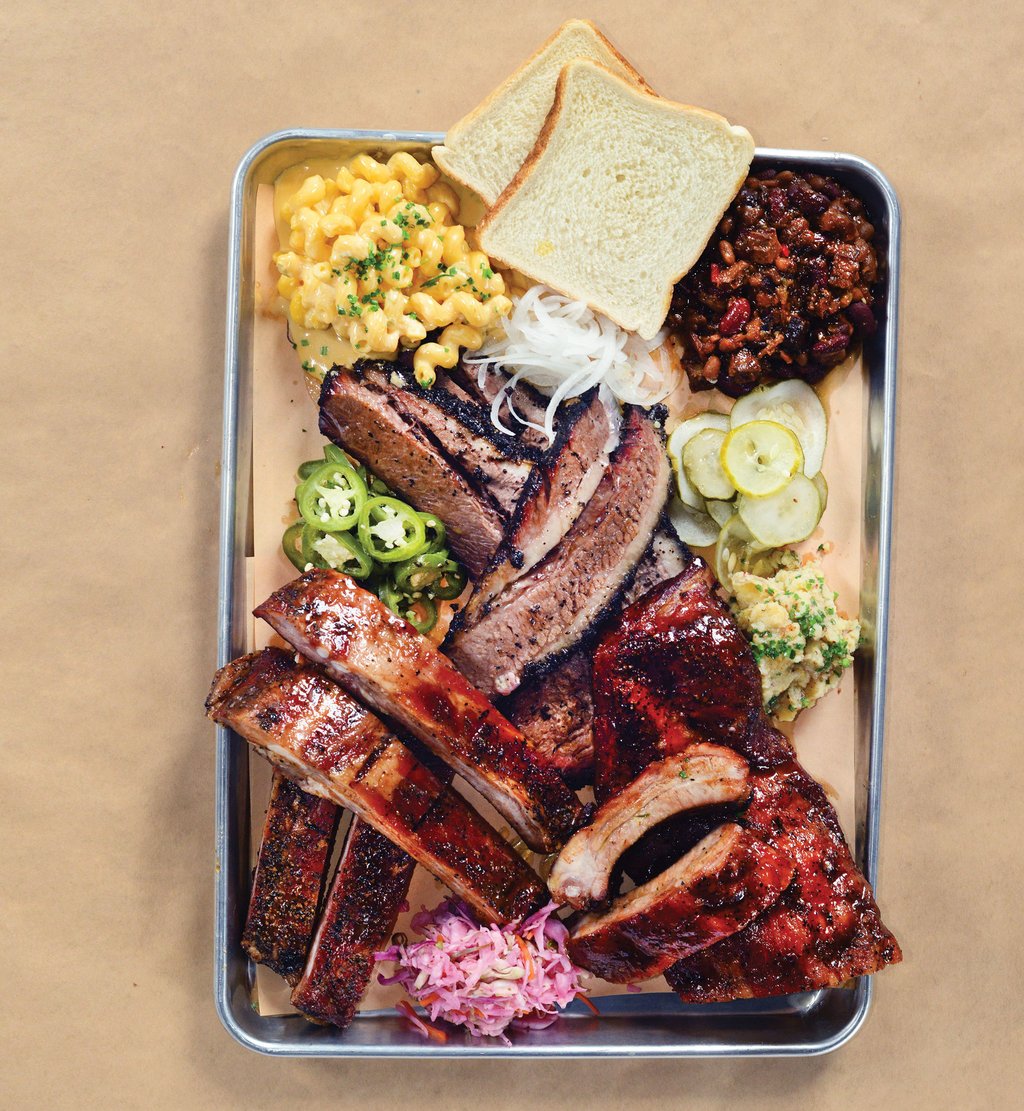 Note: We’re sad to say, but J&J is now closed. Their smoker lives on at Norman Hardie Winery.

A Kensington counter–service joint serving plastic trays of gloriously messy smoked meat is a long way from the pretty, precious world of tasting menus. “It’s just really the opposite of all that,” says Jay Moore, one of the two J’s behind J&J Bar-B-Que. Moore has done stints locally at Momofuku Shōtō and Sushi Kaji; his co-owner and co-pitmaster, Jonathon Lucas, has worked at the Harbord Room. Both cooked at the shuttered, vegetable-focused Ursa. Now, their work surface is two white oak–burning, 950-litre offset cookers made from converted propane tanks. “The majority of it is about fire maintenance,” Lucas says.

The meat is almost secondary to the fire: too high for too long and the meat will be dry; too low and it’ll never finish. Moore elaborates: “It’s knowing that we’re going to open the door to do something to the ribs in 20 minutes, so I’m going to build my fire and raise it 25 degrees now, so when I open the lid and close it it’s going to come right back down. So it’s just a matter of calculating and doing that all morning, and all day. It drives you fucking insane, but it’s good, it’s fun.”

Barbecue philosophy: “It’s a few ingredients handled properly and you taste the outcome,” Moore says. “It’s either really shitty or it’s delicious. There’s not too much fuckery it’s hiding behind.”

What’s on the perfect tray at J&J Bar-B-Que: 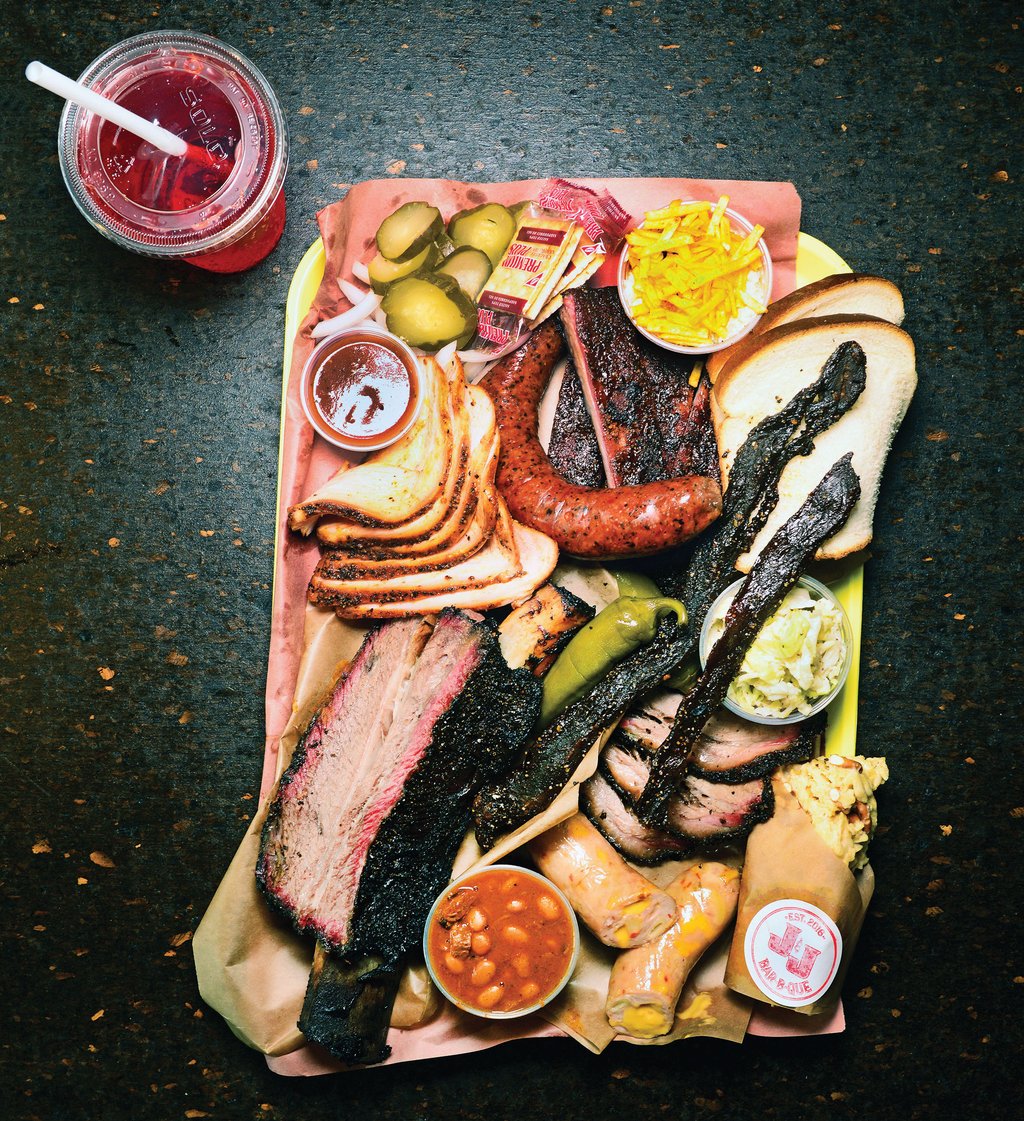 Adam Skelly and his co-owner and girlfriend, Alison Hunt, launched their ­Leaside smokehouse in April. Since then, despite a complete absence of foot traffic in the area, they’ve had lineups outside the door of the squat industrial building forming up to 90 minutes before the doors open. “I didn’t think people would really make the trip out here just for good barbecue,” Skelly says. It’s pilgrimage food, served by the pound, complete with scarce parking and truncated hours: doors close by 2 p.m. or whenever the meat runs out.

For Skelly, it’s a matter of quality over quantity: “We could either have food for the entire service and sell the extra meat the next day, or we sell out and send people away,” he says. “And I choose quality, because otherwise I’m serving rethermalized brisket and it’s gonna be only 90 per cent, and I want people to have 100 per cent.” ­

Barbecue philosophy: “The biggest thing that I take from Texas barbecue is the service—cafeteria style. I like that. This food is best enjoyed with friends. Pull up a chair, dive into a platter of meat, and everybody gets to try everything.”

What’s on the perfect tray at Adamson Barbecue: 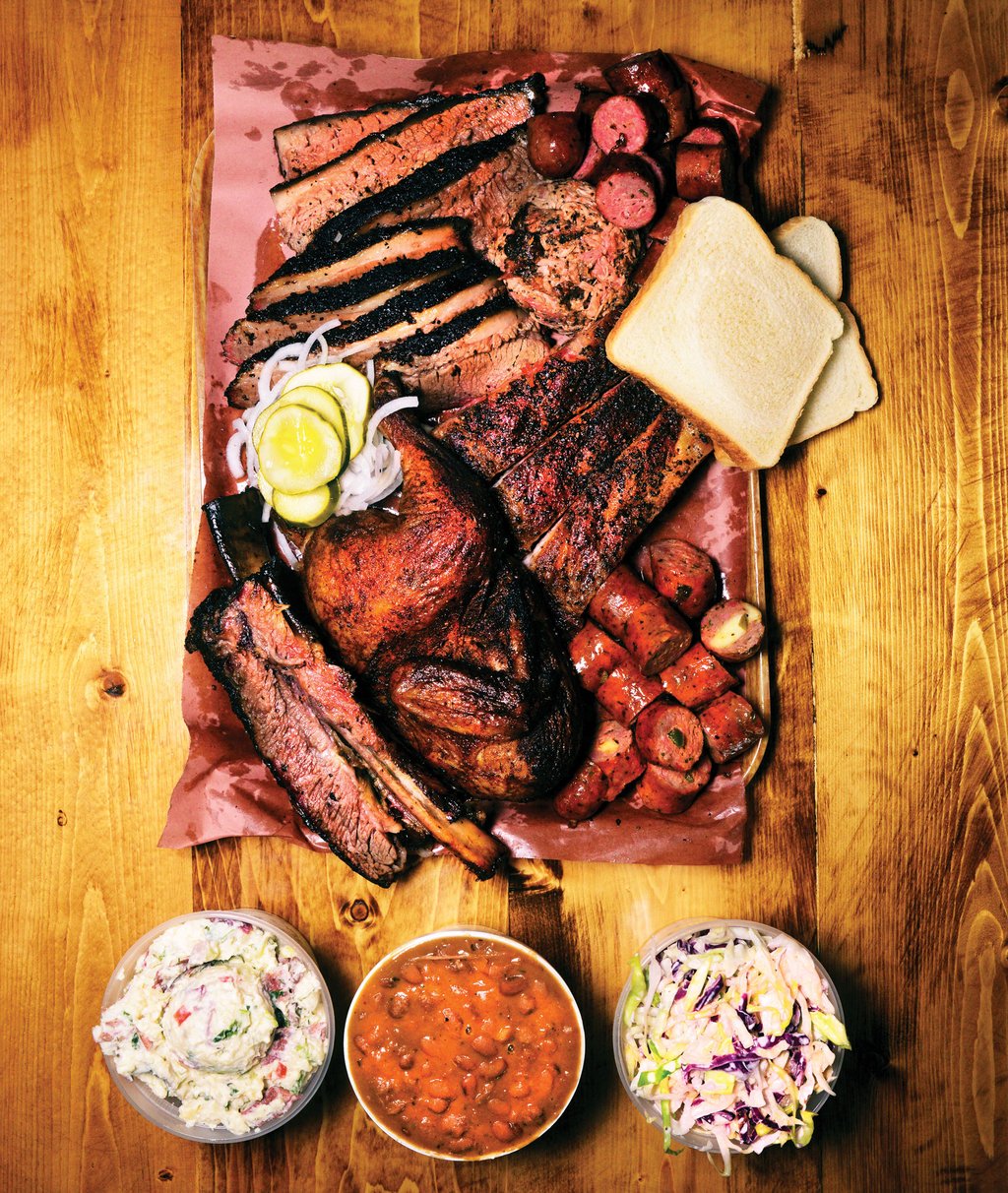 Preparing upwards of 225 kilos of meat for a typical weekday lunch service at Adamson Barbecue is a round-the-clock gig. Here’s the hour-by-hour process 5 a.m.
When the day shift employee arrives, he brings the fires to temperature. Up to 28 racks of ribs go into a custom 1900-litre cooker, which looks like a pair of submarines, at about 225 degrees Fahrenheit.

7 a.m.
Ten whole turkey breasts, as well as any daily specials, go into the cooker.

7 p.m.
Night shift employee arrives; pork butts and ribs for the next day’s cook are rubbed with spices.

11 p.m.
Briskets, pork butts and beef ribs for the following day’s lunch are removed from the pits and held in a moisture-­controlled holding cabinet.

3 a.m.
Night shift leaves after adding wood to the pits; two hours later, the day shift will use these hot embers to restart the cookers for the day’s cooking.