Inside the kitchen of Rose Reisman, award-winning entrepreneur, caterer, author and nutritionist

Inside the kitchen of Rose Reisman, award-winning entrepreneur, caterer, author and nutritionist

When Rose and Sam Reisman bought this bungalow back in 1988, the Bridle Path was decidedly more modest. Thirty years later, Rose wouldn’t replace her ranch-style home for all the Corinthian columns in Greece (a staple for the now ubiquitous builds that define the increasingly ostentatious neighbourhood). Rose loves her minimalist galley kitchen. The back wall is all windows and looks directly onto the backyard pool, where Rose loves to play with her three grandchildren. “The architect, Ron Thom, wanted to bring the outside in,” she says. “It’s definitely a nicer effect in summer,” she says. While Rose loves how airy her oak-clad kitchen is, she mostly appreciates how functional it is. “Everything’s within arm’s reach. This is a really easy kitchen to cook in—I create all my recipes here—and the counter space is great for entertaining,” says Rose, who, every Sunday, invites the extended Reisman clan (about 16 in all) over for dinner. 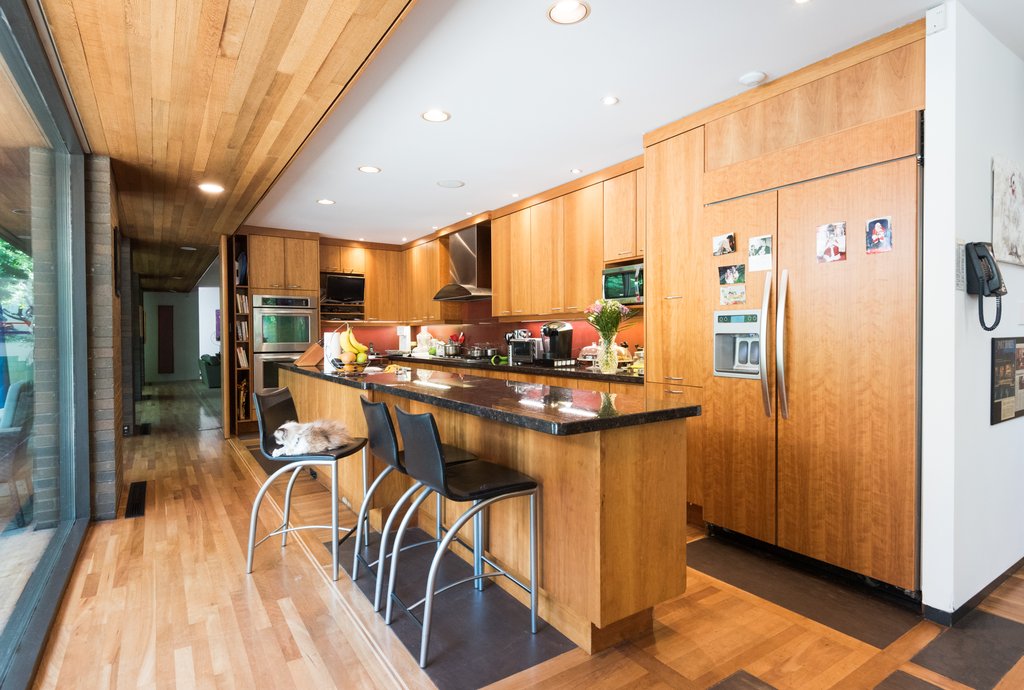 On days she’s not cooking for a small army Rose still wakes up at 4:30 a.m. She begins every morning by walking her two German shepherds before hitting the gym. Then she refuels with a bowl of Greek yogurt, quinoa and fruit. For lunch, Rose usually whips up a big salad. According to her, the trick to staying fit isn’t limiting your portions. Instead, she uses protein as a garnish (rather than a star) and fills up on vegetables. She’ll always throw some healthy whole grains into the salad, too. “I try to get all the food groups in there,” she explains. 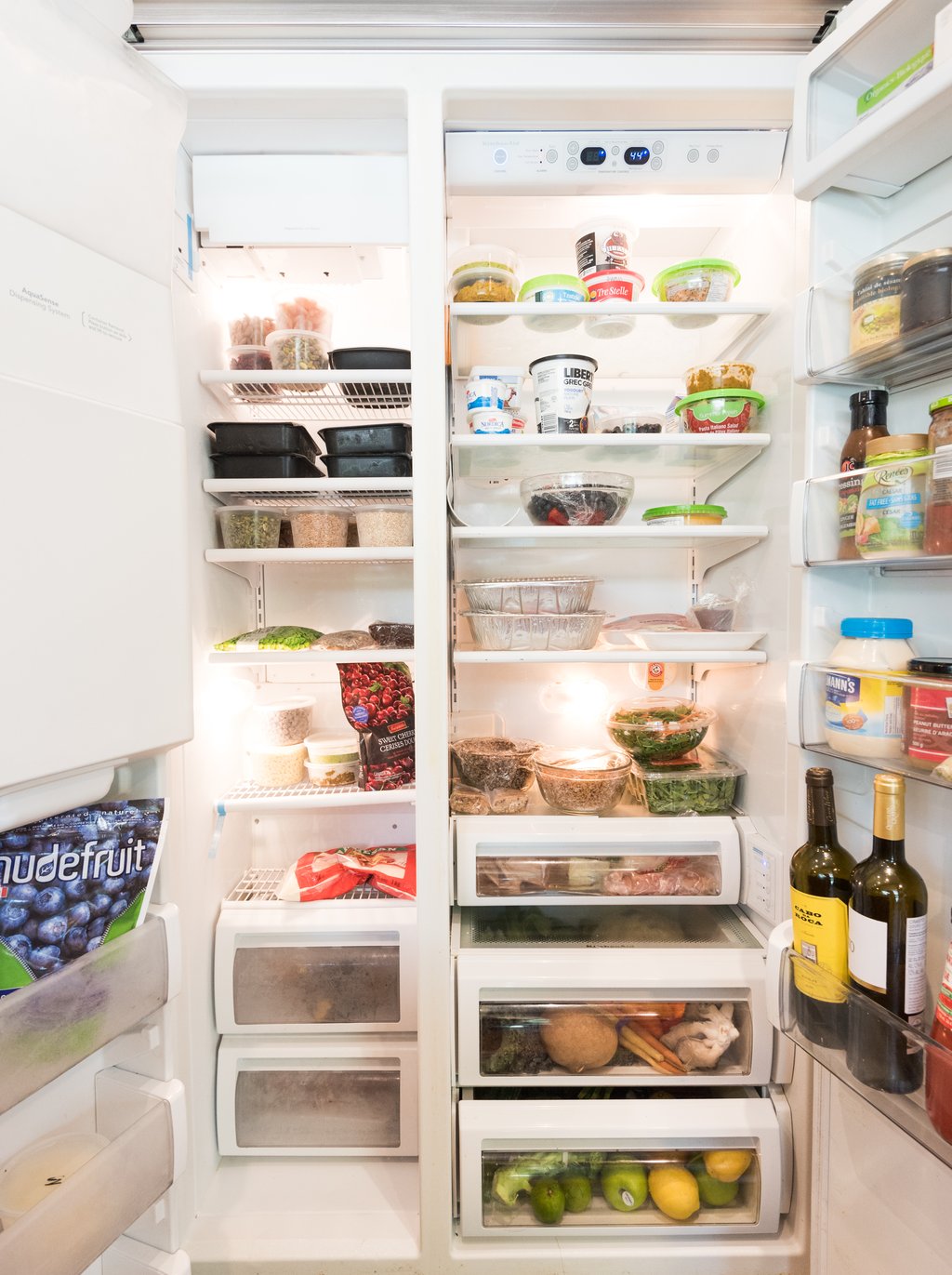 For dinner, Rose will usually just graze on fruits and veggies. “I abide by the Mediterranean diet,” she says. “I eat like a king for breakfast, a prince for lunch and a pauper for dinner.” And for the big family affair on Sunday nights, Rose will put out a spread of salads and lean proteins (roasted branzino, grilled chicken breasts). Although all four of Rose’s now-grown kids are healthy eaters like their mom, they’ll sometimes request a few of their not-so healthy childhood favourites, like chocolate chip crumb cake. “When my kids were at camp, I would FedEx cakes to them,” says Rose. 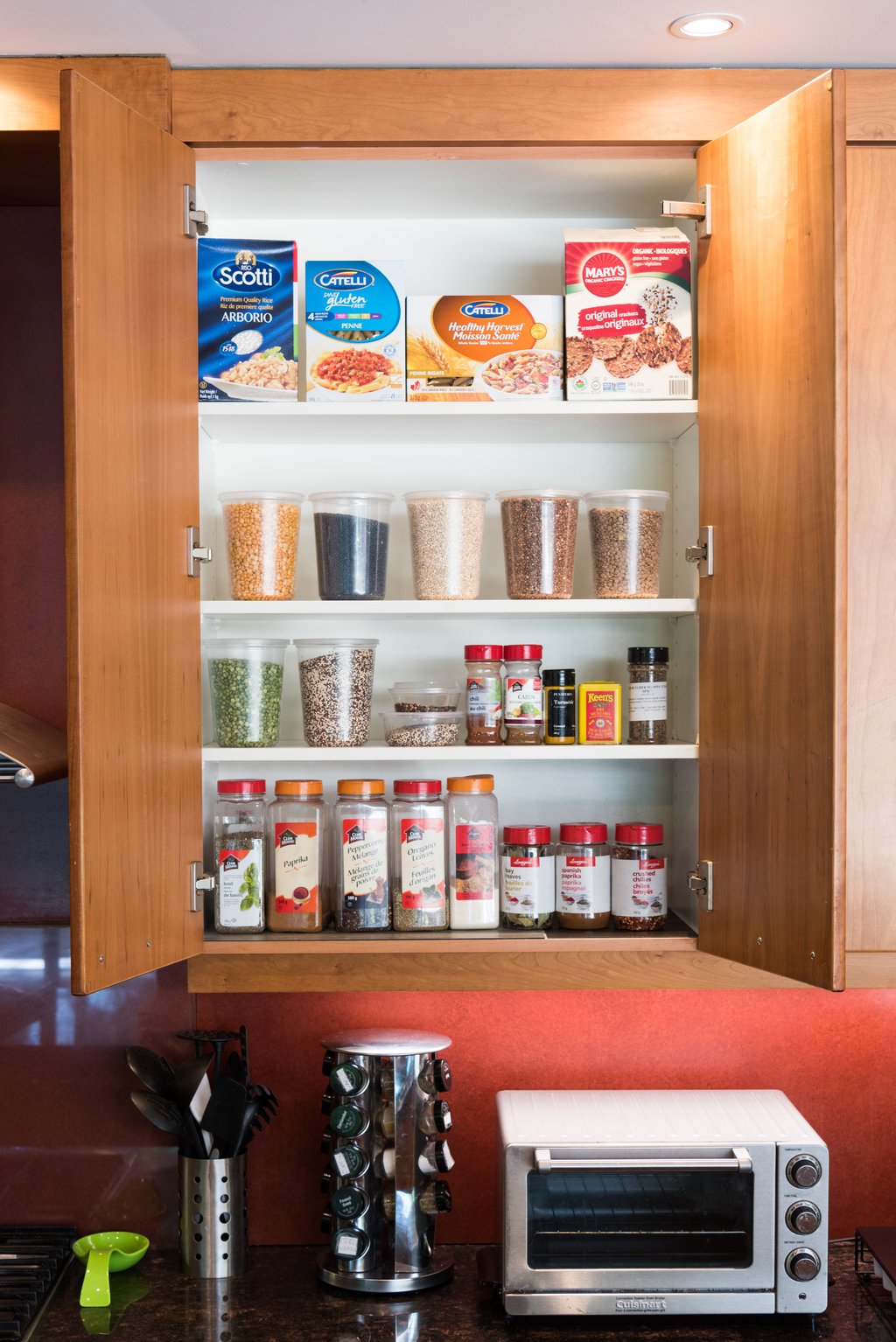 For most of her grocery needs, Rose heads to Longo’s; she usually avoids the specialty grocers that appeal to the typical Bridle Path set. However, if she’s doing a photo shoot and needs camera-ready fruit, she’ll pop over to Pusateri’s. Rose will shell out for good fish and meat, though. She loves the pork tenderloin from Cumbrae’s and Nortown’s salmon and branzino, which she swears is the best in the city. For fancy cheeses, she makes weekly visits to Alex’s Farm Products (she always puts out a big cheese board for the kids every Sunday).

From the kitchen pass to your inbox Thanks for signing up!
Sign up to get The Dish, a weekly helping of restaurant news and reviews, served with a side of hot gossip Now, check your inbox to complete your subscription
We won't ever use your email address for anything else
Want even more Toronto Life? Follow us on social media.

Twice a year, Rose will go to Johnvince Foods, what she think is the best bulk store in the city, and load up on nuts and seeds. To keep everything fresh, Rose stores her haul in this freezer. “I always say, if anything were to ever happen in the world, come over to my place,” says Rose on her stockpile. (Rose is quick to point out that the boxes of processed foods and the Tenderflake aren’t for her. She bought them for a TV segment about what not to buy.) 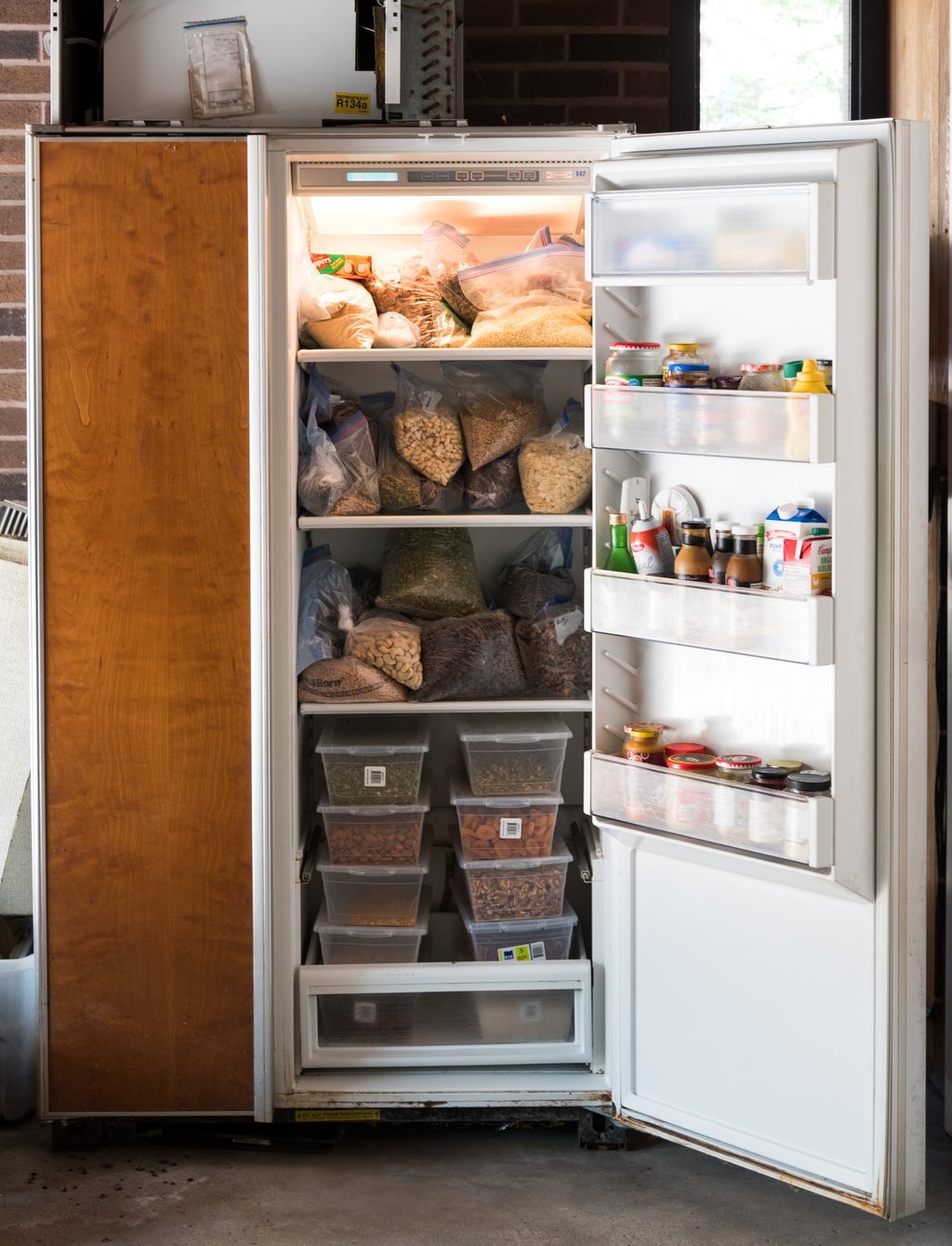 Rose makes these breakfast cookies 18 at a time. They’re packed with just about every healthy seed from flax to pepitas and are Sam’s favourite breakfast. He’ll eat two and stay full until supper time:


Sam is a serious wine lover. While Rose often fails to appreciate the fancy wines he’ll bring out, she enjoys a wee glass every now and then. To keep his wine it’s best, Sam uses this Coravin, which allows him to pour a glass without removing the cork from the bottle. He bought this 90-year-old bottle of Chateau Lafite because it’s from his mom’s birth year:


Sam has been collecting wine for the past 25 years and has a predominantly French cellar (Sauternes, Bordeaux, Burgundies, Champagnes): 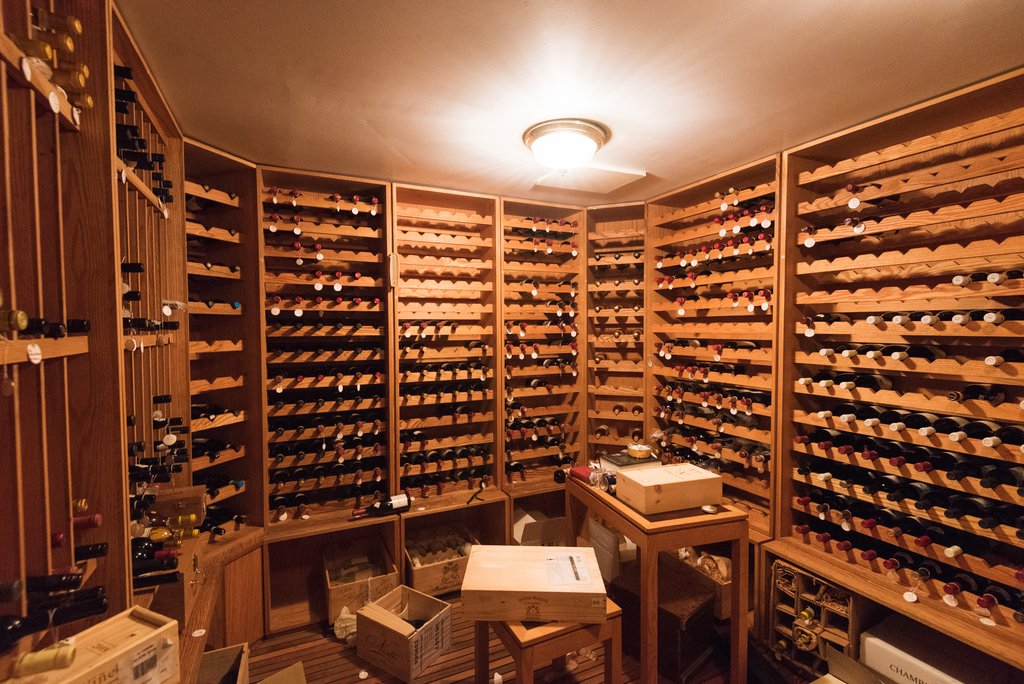 This 1988 magnum of Château d’Yquem is in Sam’s will. It goes to his daughter Laura (who was born in 1988), so she can drink it and remember him after he passes. It should keep for a few hundred years. They opened a smaller bottle of 1988 Château d’Yquem on her wedding day. There are bottles for each of the kids from their birth years.


This is a picture of Sam’s grandfather’s grocery store in Kensington Market:


And here are some of her favourite cookbooks: 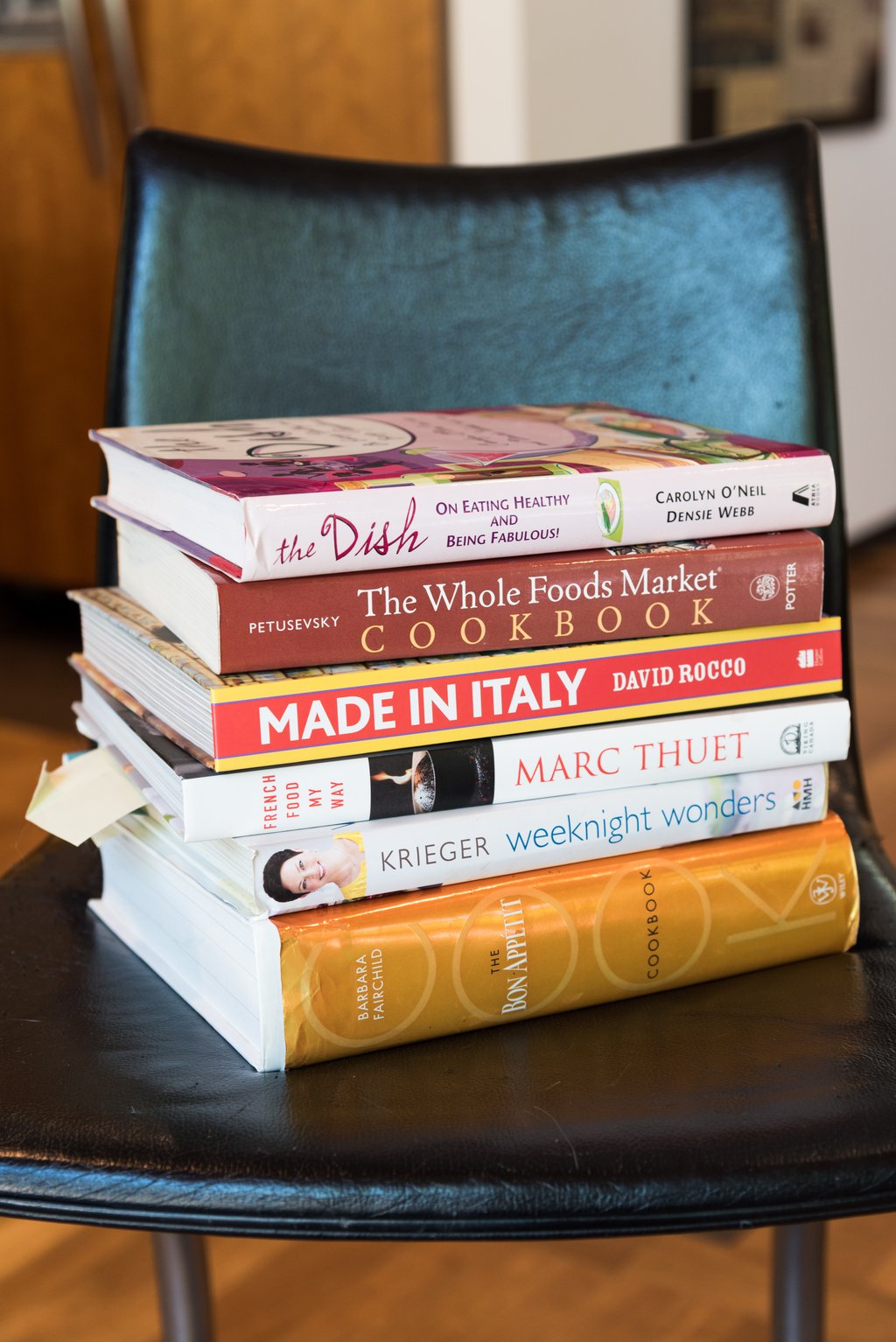 Not including her own, of course:


This here is one of her rag doll cats:


And these two fur babies are Rocky and A.J.: