Rob LeClair has cooked at some of Toronto’s top restaurants. He made his way through Bymark, One and Constantine before ending up at Sofia, Charles Khabouth’s newish Yorkville room. Even though he’s been helming the kitchen at Sofia since last September, LeClair’s still struggling with finding the perfect work-life balance. When the chef does have a day off, though, he gets in as much family time as he can. His perfect Sunday starts with waffles made for him by his partner, Adrienne Longhurst. Then, the couple and their two preschool-aged tots, four-year-old Aiden and two-year-old Ruby, will head to High Park to visit the llamas. After a good stroll, they’ll refuel on coffee and pastries at Cherry Bomb (the gruyere croissants are a family favourite), before heading back to their Baby Point home for a potluck with their friends.

Most mornings, LeClair will have steel-cut oatmeal with the kids and get in a quick workout before heading to Sofia. He typically holds a staff meeting before he gets into menu tasting and development (he’s currently working on the restaurant’s lunch menu). As he grazes throughout the day, he’ll often only eat a light salad for lunch. Right now he’s into salads with bitter greens (chicory, arugula) and canned fish. When he gets home around midnight he’ll whip up something small like a grilled cheese sandwich, or he’ll nosh on chips or crackers with cheese. 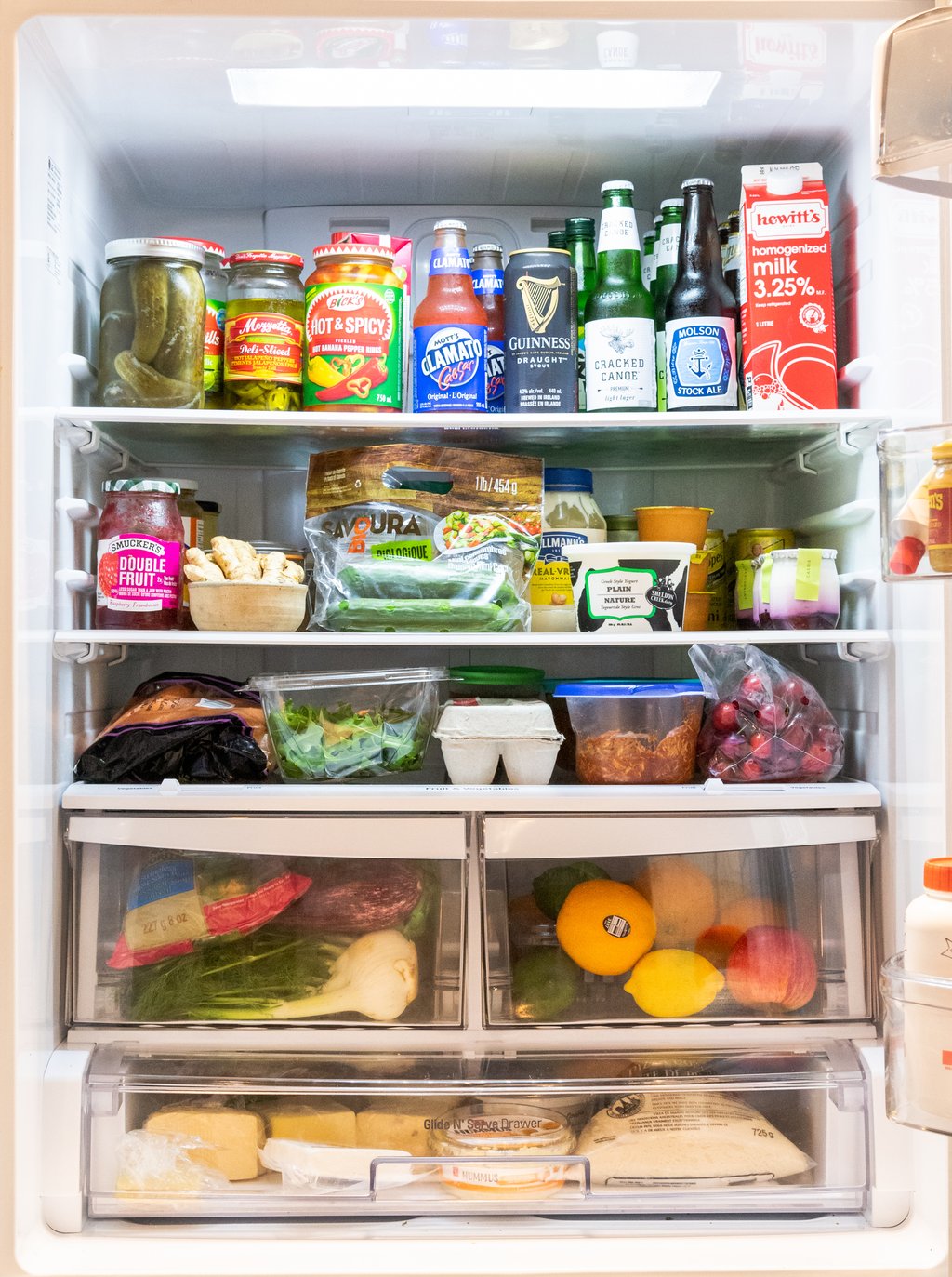 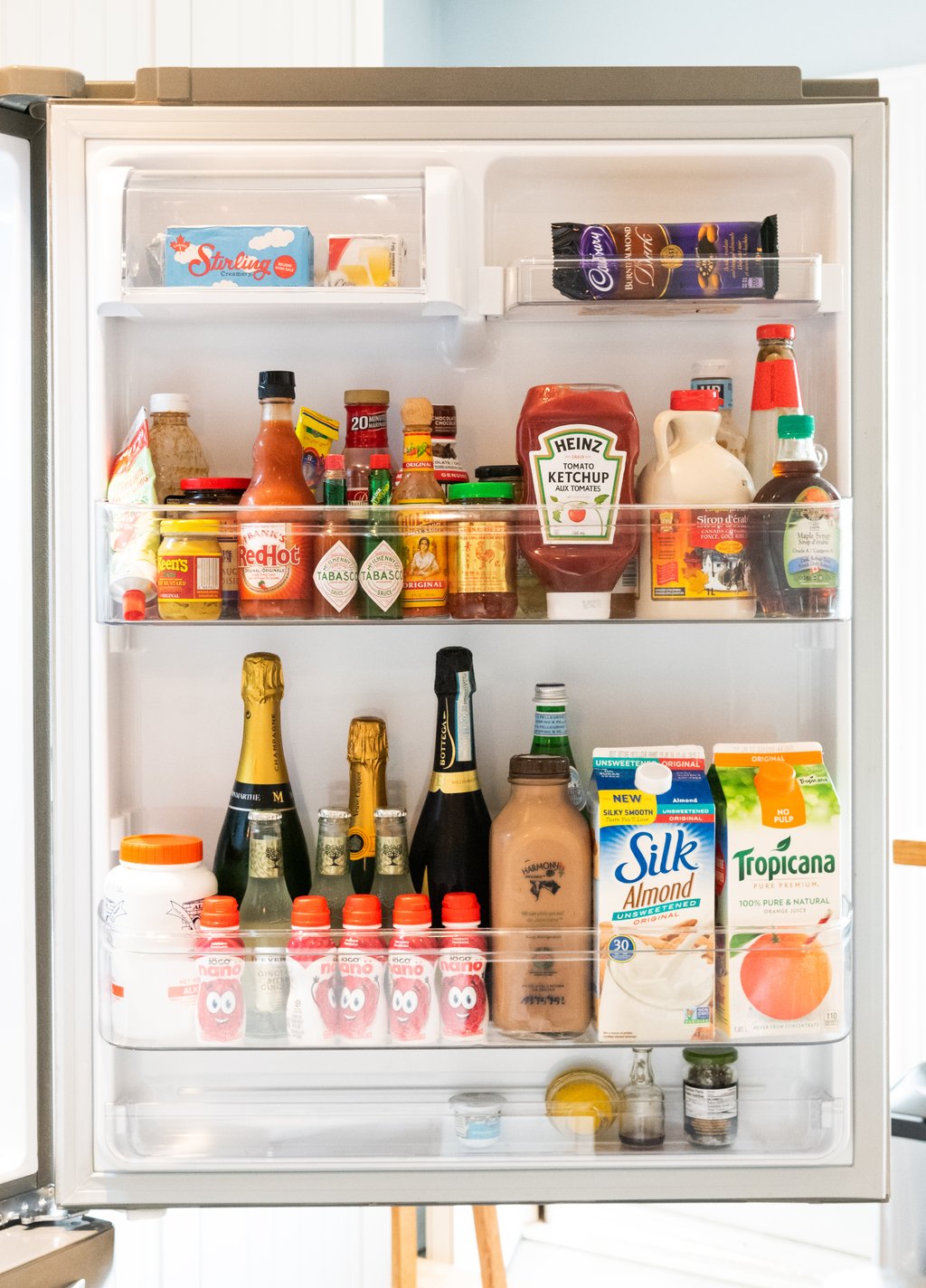 LeClair comes from a big family, and when he cooks, he cooks like he has five kids—not two. He’ll always portion and freeze leftovers so that on days he and Longhurst are too busy to cook, there’s always a failsafe in the freezer.

When it comes to groceries, the family is trying to lighten their carbon footprint. They eat vegetable-heavy meals and aim to buy products with little to no packaging. They buy in bulk from places like The Sweet Potato and Bulk Barn, and get packaging-free produce from local farmers’ markets. They like to hit up the Annette Village Market on Wednesdays and the Junction Farmers’ Market on Saturdays. LeClair has a number of favourite specialty shops, though. For cheeses and fancy snacks, he says Cheese Boutique can’t be beat. For olive oil and olives, he heads to Etobicoke’s Pasquale Brothers. And while he doesn’t often make it to Kensington Market, LeClair thinks Blackbird makes excellent bread. He will trek north for a good butcher, however, and says that the quality and prices at Globe Meats can’t be beat. 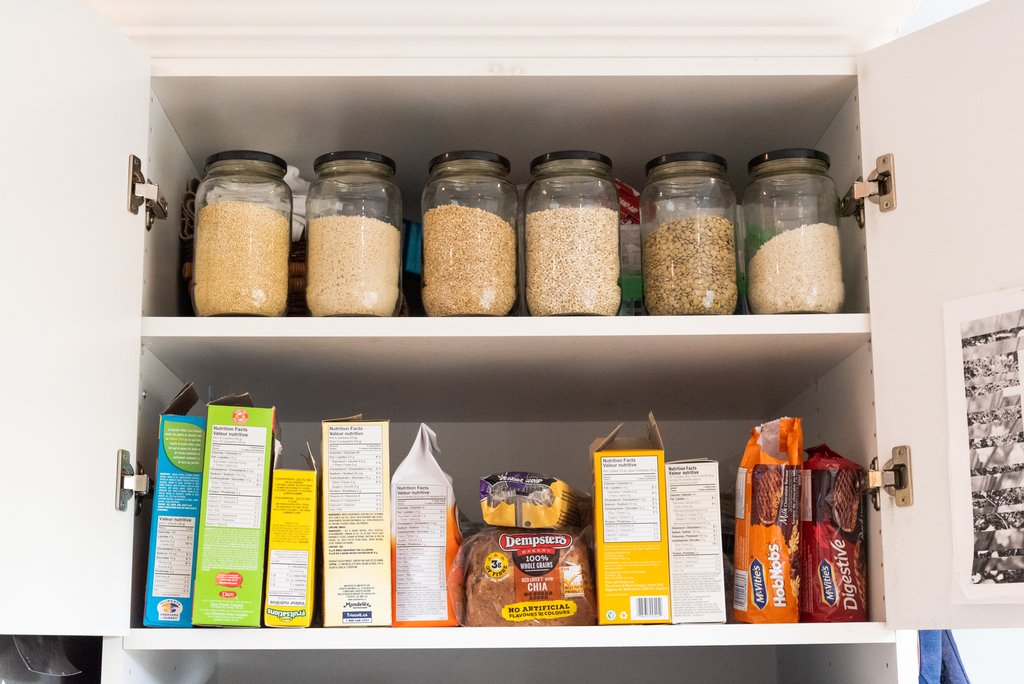 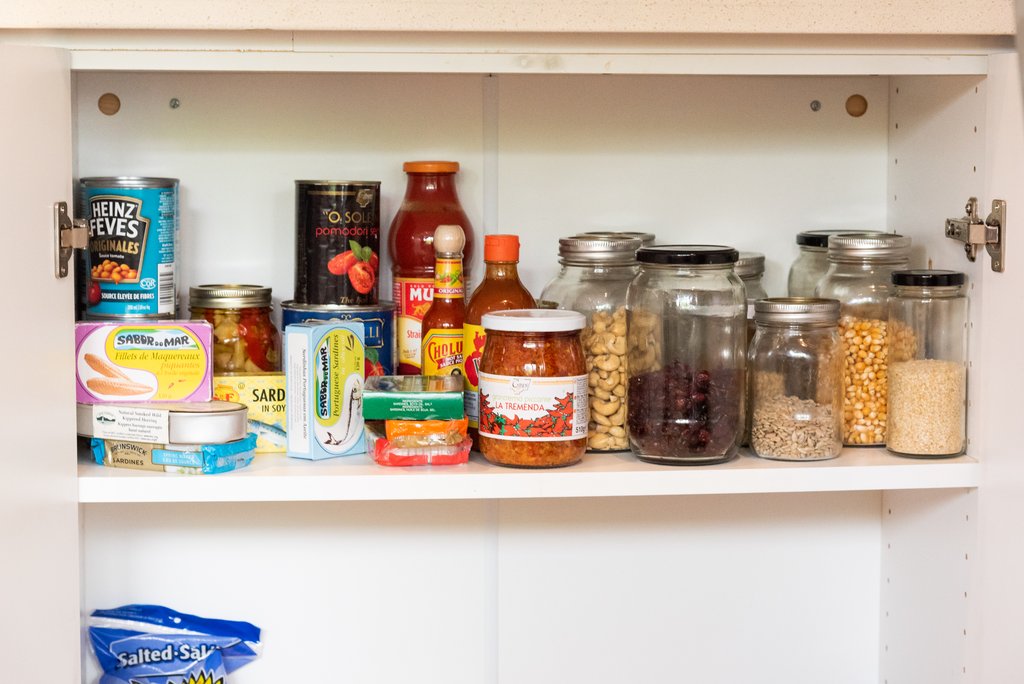 With two kids under the age of five, the family doesn’t go out to eat very often. When they do, they’ll go to Anette Food Market to snack on sharing boards of charcuterie—it’s close by and kid friendly. The kids are also big fans of Kingsway Fish and Chips. And when it comes to a night out for just mom and dad, LeClair thinks Brothers can’t be beat. “It’s real and it feels like you are being well taken care of without it being over the top, plus the food is amazing,” says LeClair.

LeClair and Longhurst moved into their house four years ago when a few of their friends who were also starting families decided to buy in Baby Point. LeClair says that there was an intangible feeling that he just liked about the 1907-built, three-bedroom house. The kitchen is bright, with ample counter space, and has a big picture window that looks into the backyard so he can keep an eye on the kids while he’s cooking. The only thing he’d change: the stove. He dreams of a gas range. 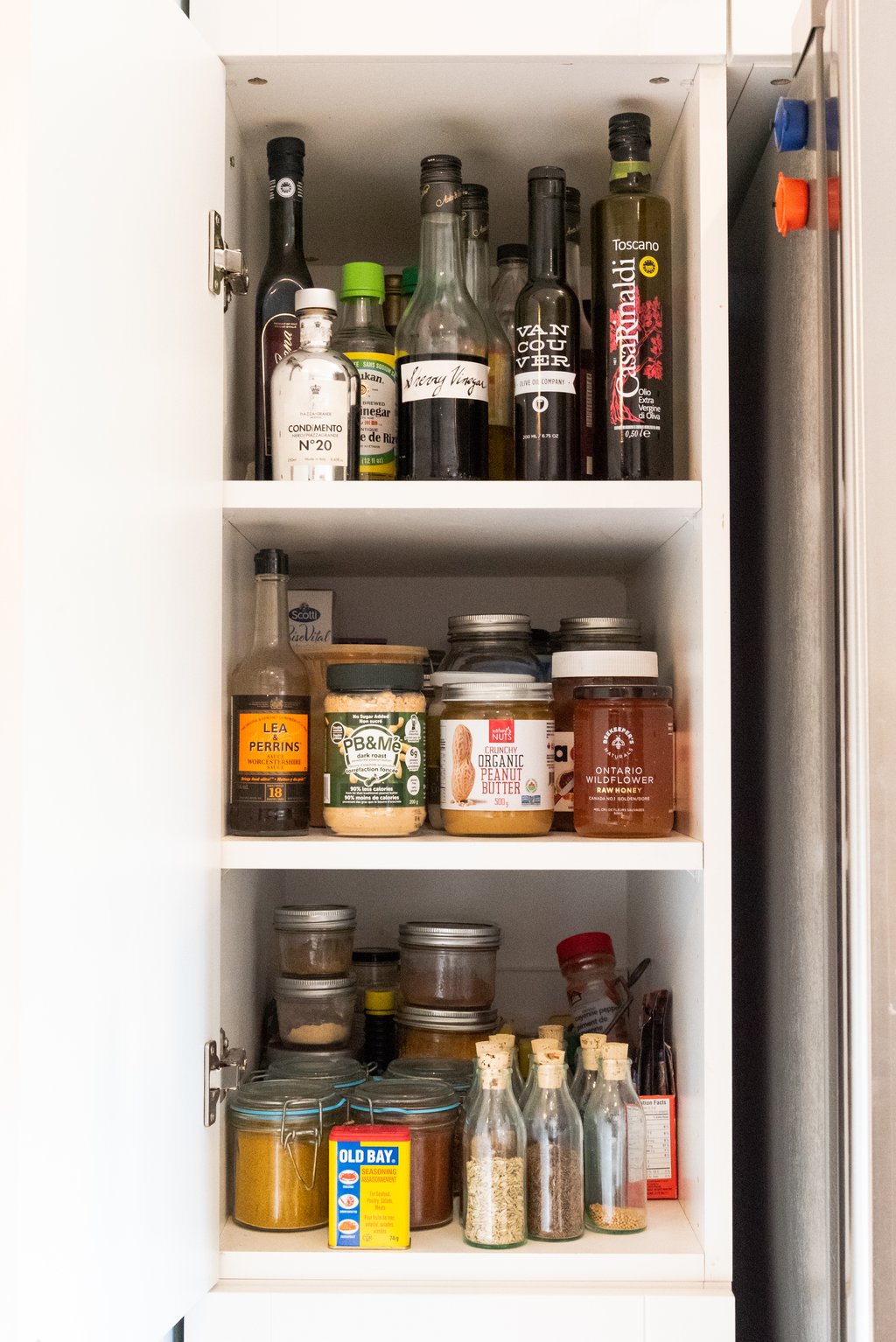 This family loves chips! They try fancy bags, like these Torres black truffle chips, but they think that No Name makes the best value kettle chips:


In Penetanguishene, where LeClair grew up, everyone has a nickname. For some reason, when LeClair was a kid, his brothers started calling him Budwickle—and the name stuck. LeClair’s now known for his pickle-beer cocktail of the same name. This here is a Budwickle: a light beer (like a Bud) with a pickle. He swears it’s both refreshing and salty, with a crunchy snack finish:


LeClair’s brother is a pretty good potter. He made these bowls and cups for the family:


And here are a few of LeClair’s favourite cookbooks: 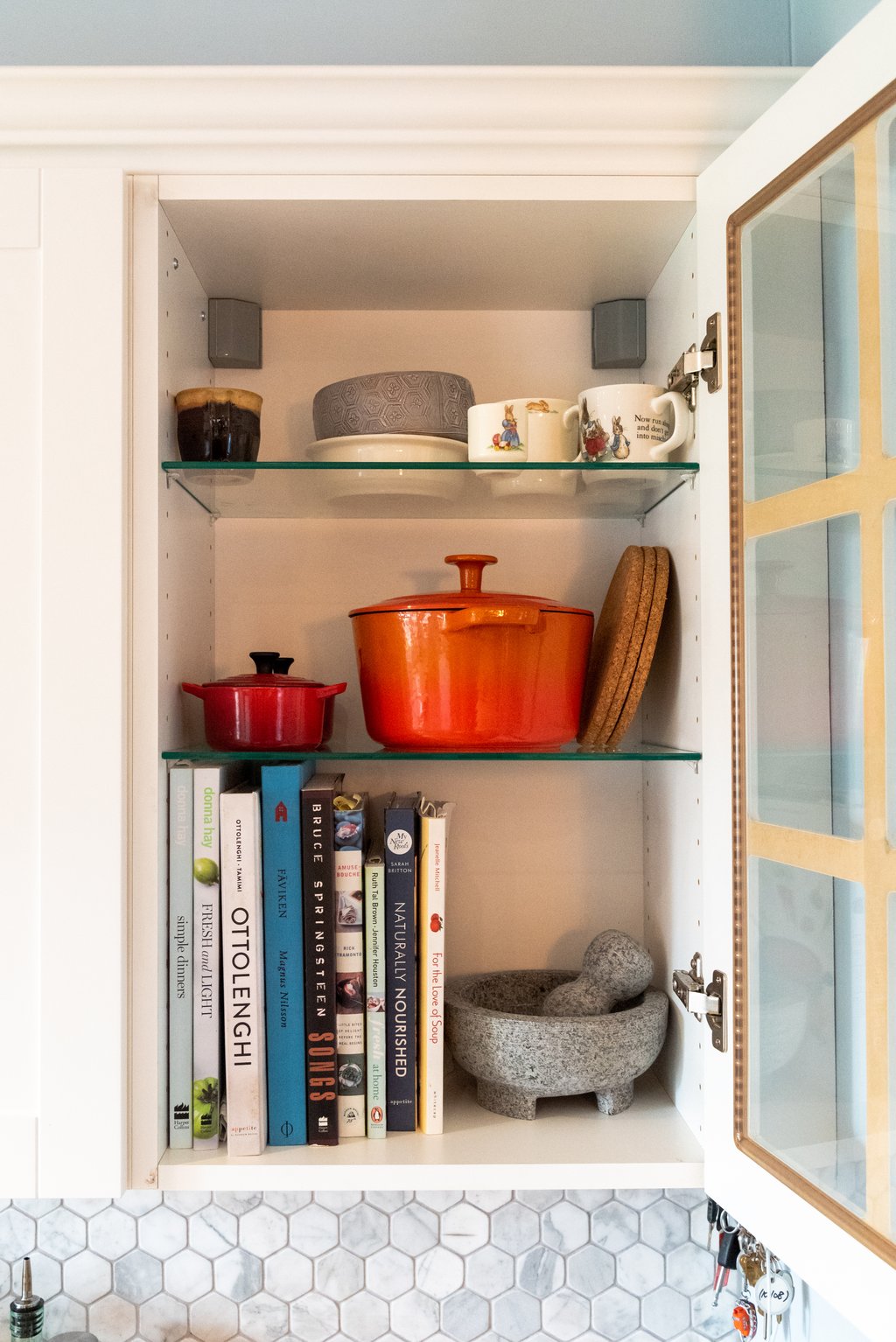