Winemaker Norman Hardie splits his time between his Prince Edward County farm, his Rosedale apartment and long-haul flights. The man’s almost always on the go. He’s just gotten back from exploring Nova Scotia’s burgeoning wine scene, and 10 days later he’s hopping a red-eye to Burgundy. Then it’s a quick visit to London, followed by a popover to Tokyo, then on to Oregon for some (more) wine research. Later this year, Hardie will also visit his native South Africa. He’s planning to bring his boys, 13-year-old Lucas and 10-year-old Theo. Much to Hardie’s delight, they’re more excited by Kruger National Park than they are Disney World. 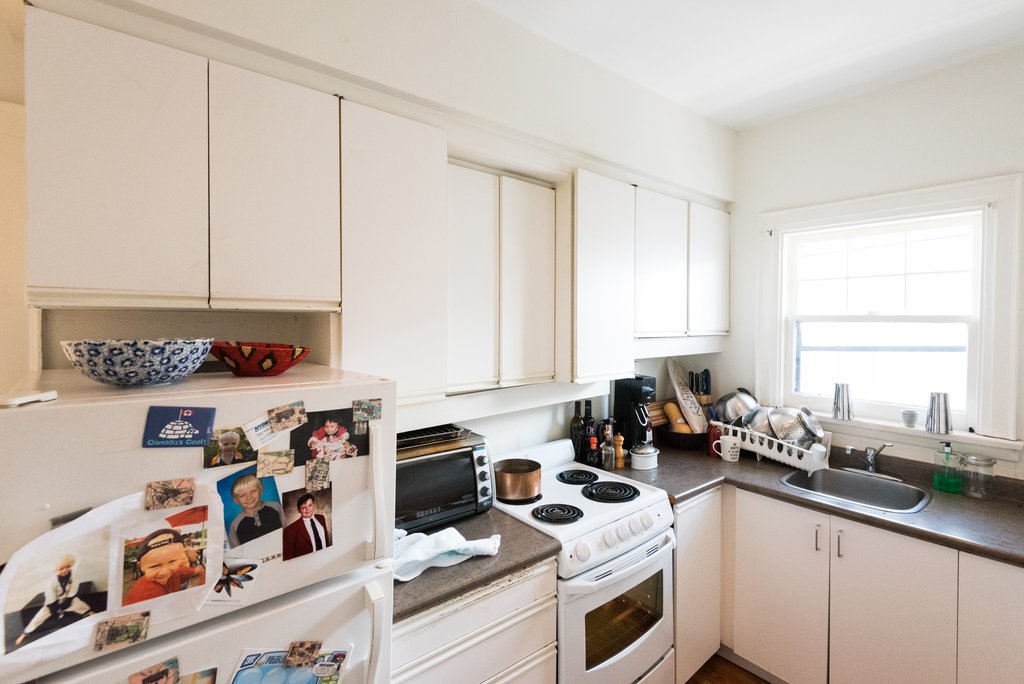 While most city slickers head out to P.E.C. to unwind, Hardie refers to Toronto his place of respite. It’s where he comes to relax, catch up with friends and spend time with his kids. Last night, though, he threw a casual midweek rager. Hardie is averse to Christmas parties: he prefers to host his get-togethers in January, when the dust from the holiday hullaballoo has settled.

Over the course of one night, he and a dozen of his pals demolished more than a few cases of wine (while a few bottles were his, he prefers not to drink his own stuff.) Hardie’s a huge fan of acidic wines: the more esoteric, the better. “Don’t give me a juicy Australian shiraz,” says Hardie. “It doesn’t work.” Hardie’s sliver of a kitchen doesn’t leave him much room to cook up a feast (not that he has the time, anyway), so instead, he put out an epic spread of charcuterie, cheese and smoked fish. 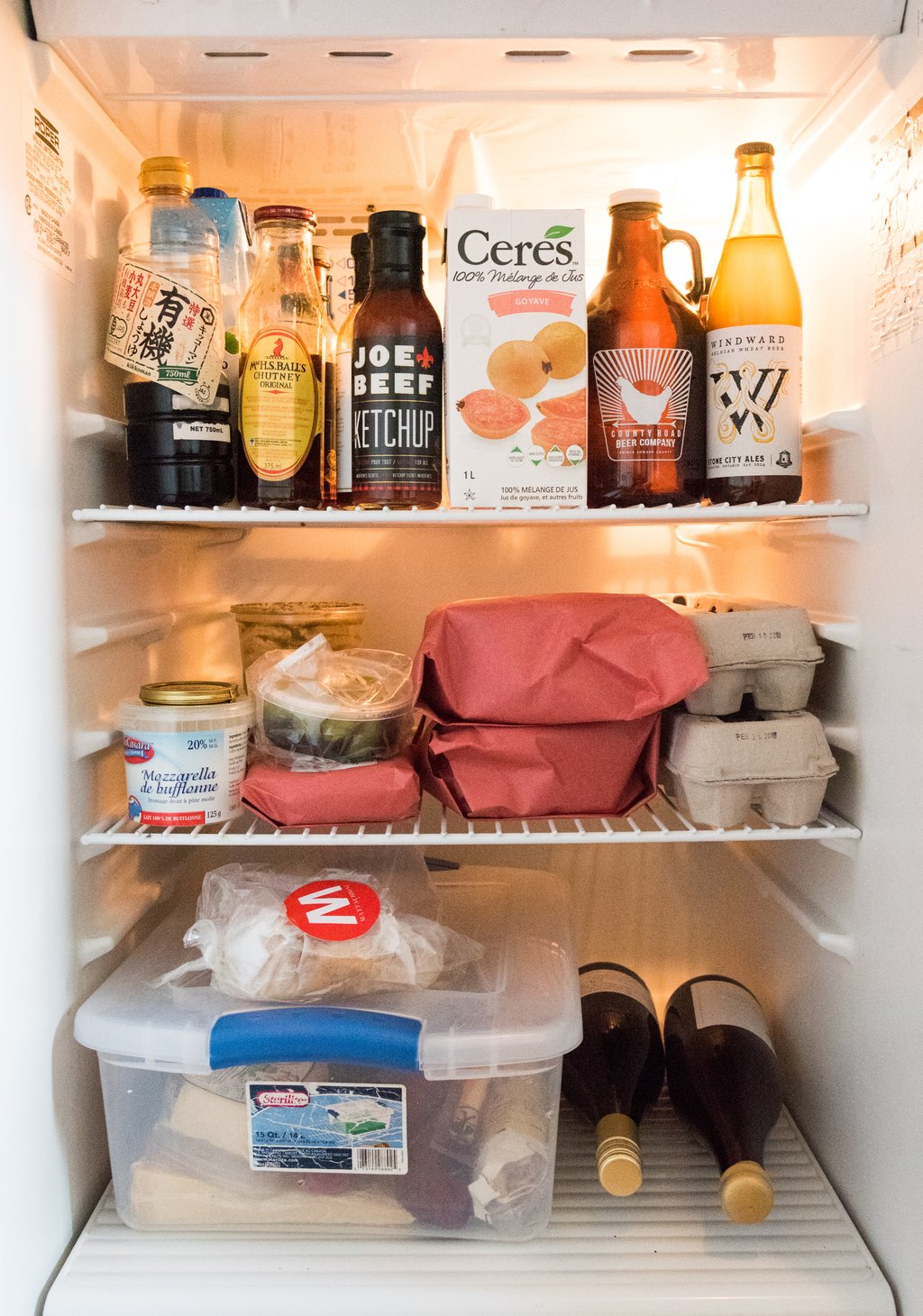 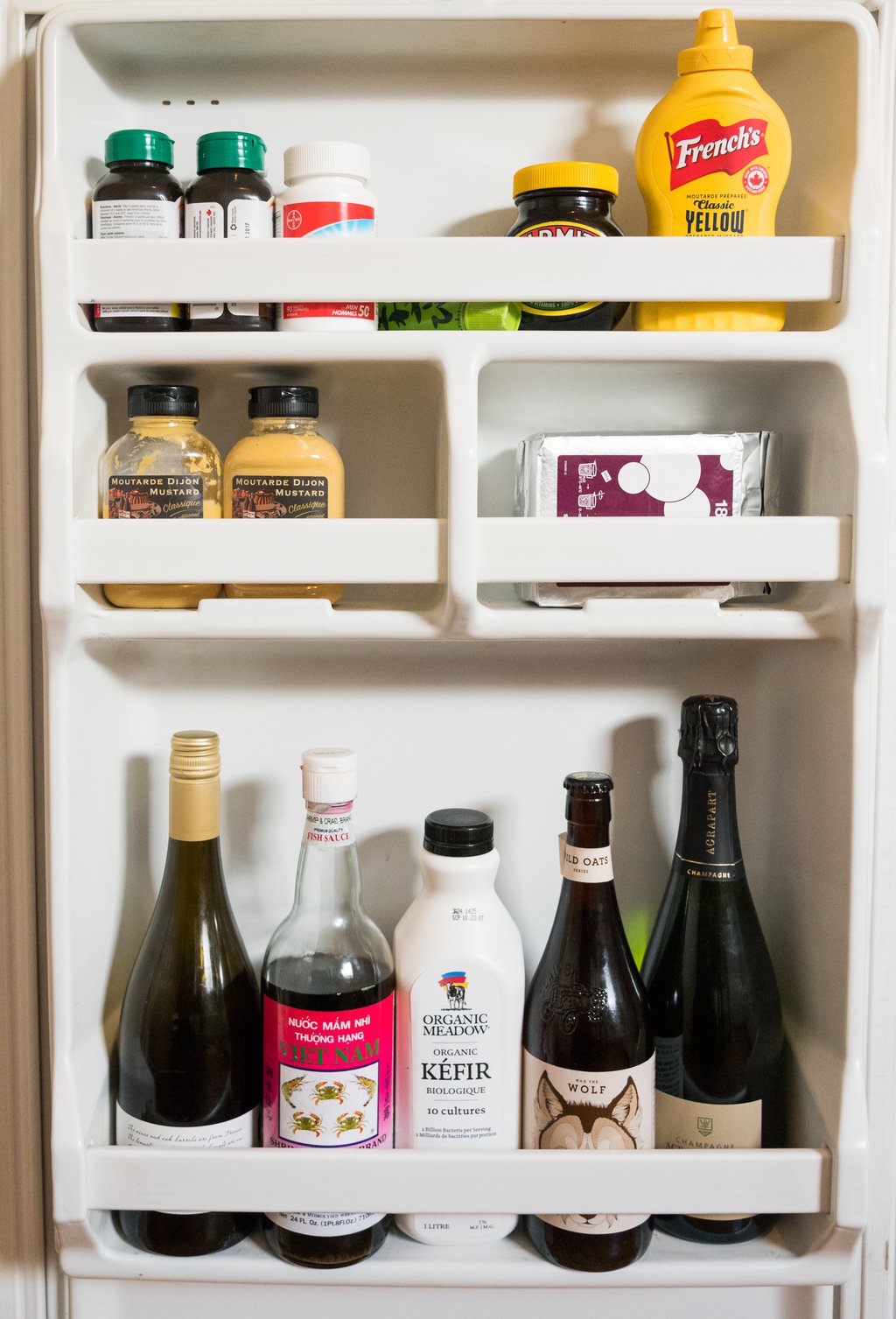 “I have a store for everything,” says Hardie. For meat, he actually has three favourites: Oakville’s Florence Meats (the best butcher west of Ossington, according to Hardie) for South African specialties like biltong and boerewors; Cumbrae’s for beef; and Sanagan’s for everything else that can be butchered. When it comes to carbs, Hardie divides his bread intake between Blackbird Baking Co. and Mattachioni. Hardie is one of Honest Weight’s biggest fans, so the Junction fishmonger is his go-to for everything fishy. The fact that Honest Weight vac-pacs individual fish portions is key for the always-on-the-run Hardie. And Badali’s Fruit Market is where Hardie gets his roughage; he says their produce is tops in the city both in quality and price point. There’s a container in Hardie’s fridge specifically used for storing cheese and cured meat, which Hardie affectionately refers to as “the Sin Box”. It’s like a treasure chest, but full of things from the Cheese Boutique and Alimentari. 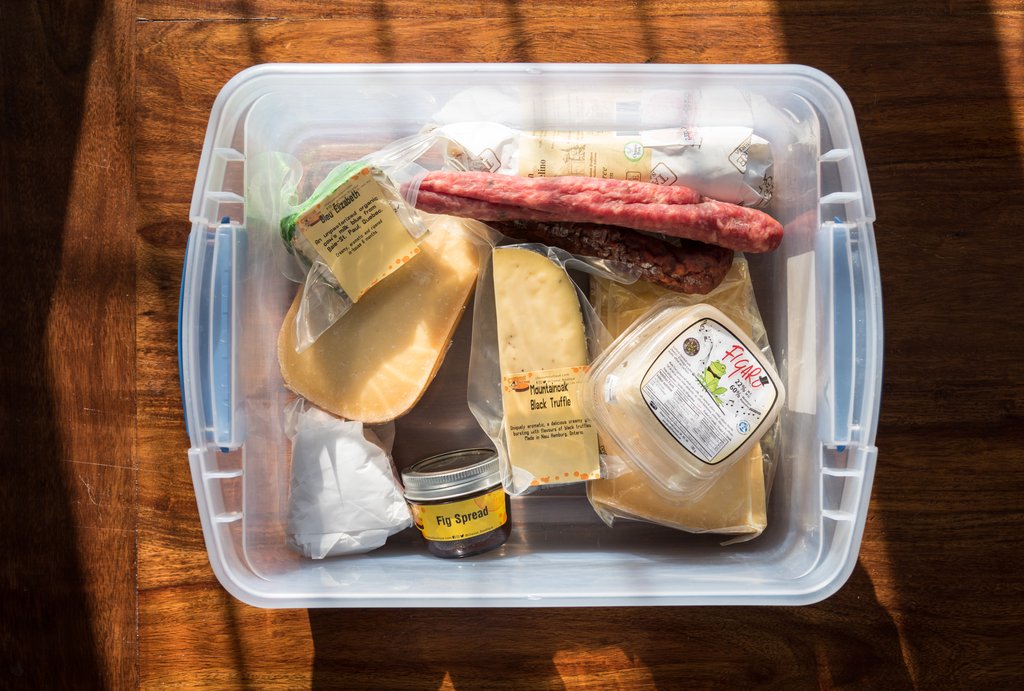 When he’s in Toronto, Hardie starts each morning with his two boys. They’ll usually share a breakfast of fried eggs and toast. The toast itself is either topped with anchovy paste or marmite (in both cases, butter is mandatory). While the kids are in school, Hardie will run around town on sales calls. His favourite lunch spots include Richmond Station, Brothers and Union. 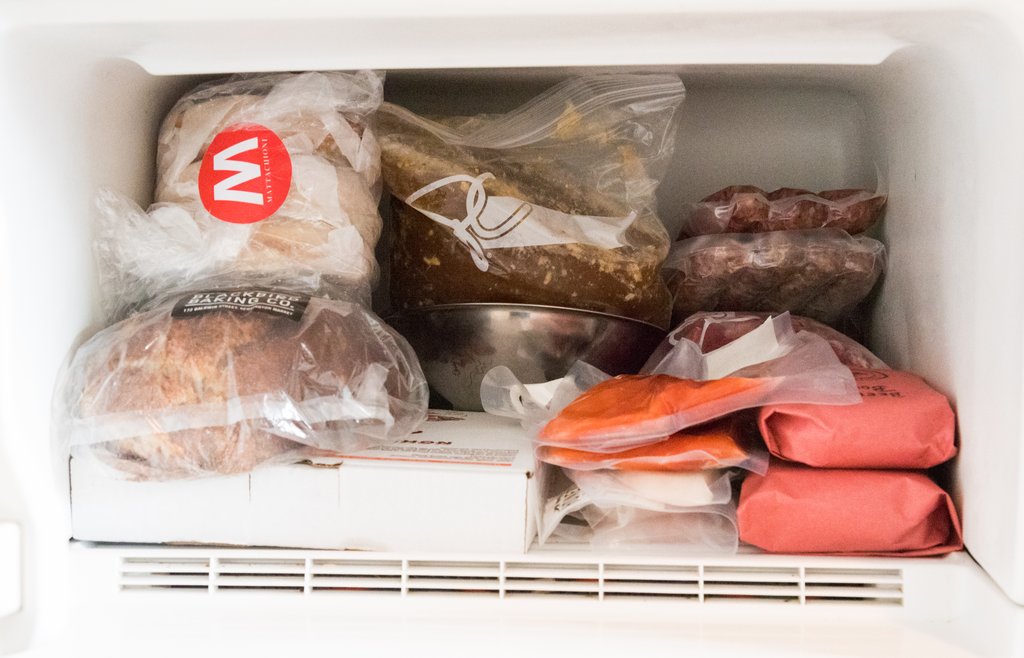 Hardie also frequently eats dinner at restaurants. When dining with his sons, he likes to hit up spots where no one knows who he is, like Sabai Sabai or Kwan. When he wants to splurge and eat delicious things without even having to look at a menu, Hardie will visit Edulis or Enoteca Sociale. For wine, he’ll head to one of two wine bars: Archive or the recently opened Mad Crush. “They’ve really nailed it at Mad Crush,” says Hardie. “They have good staple bottles rounded out with an eclectic selection.” 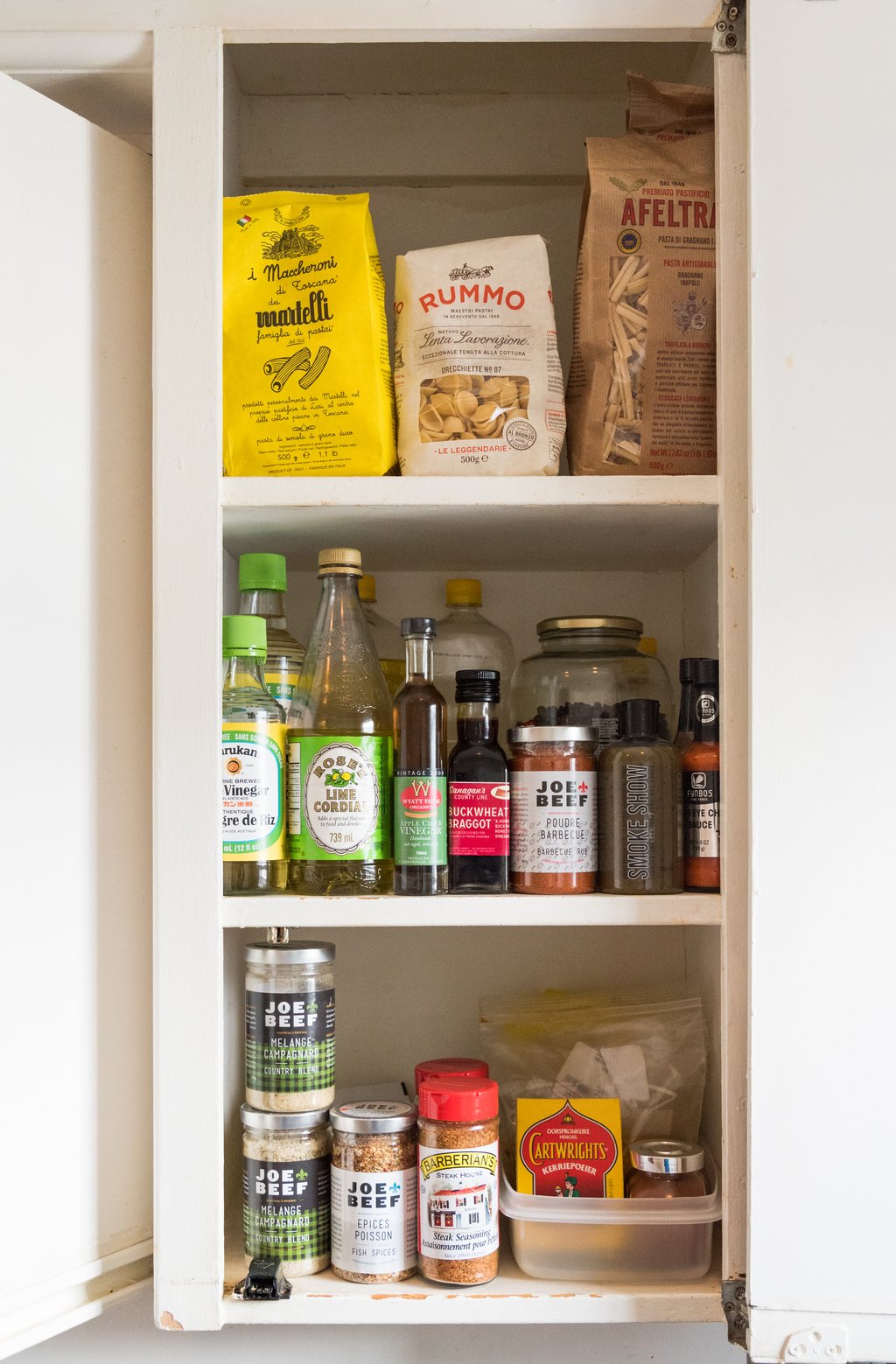 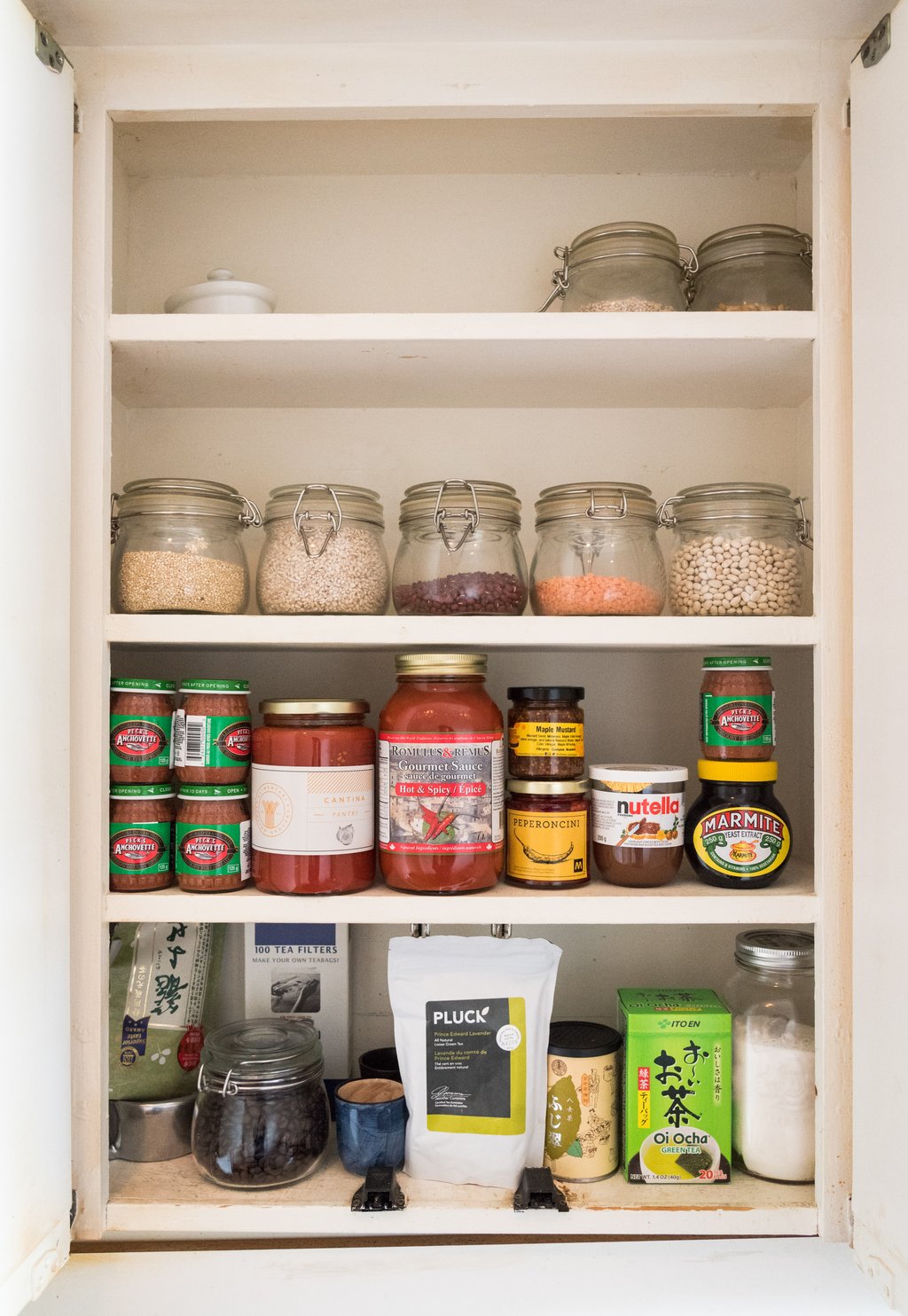 This biltong (a jerky-like cured meat from South Africa) is from Florence Meats:


Whenever Hardie visits Cabane à Sucre Au Pied De Cochon outside Montreal, he brings back a jug of maple syrup:


The vast majority of Hardie’s food budget is spent on wine, which never sits around his house for too long before being guzzled. “I don’t drink hard liquor at all; I have no affinity for it,” says Hardie, who keeps a single bottle of Au Pied de Cochon gin in the house for when his gin-loving dad visits. He will also spend a pretty penny on glassware, like his Zalto wine glasses made in Austria. (But the beer glasses are a motley collection of freebies and orphans left over from various sets.)


Here’s some of his wine: 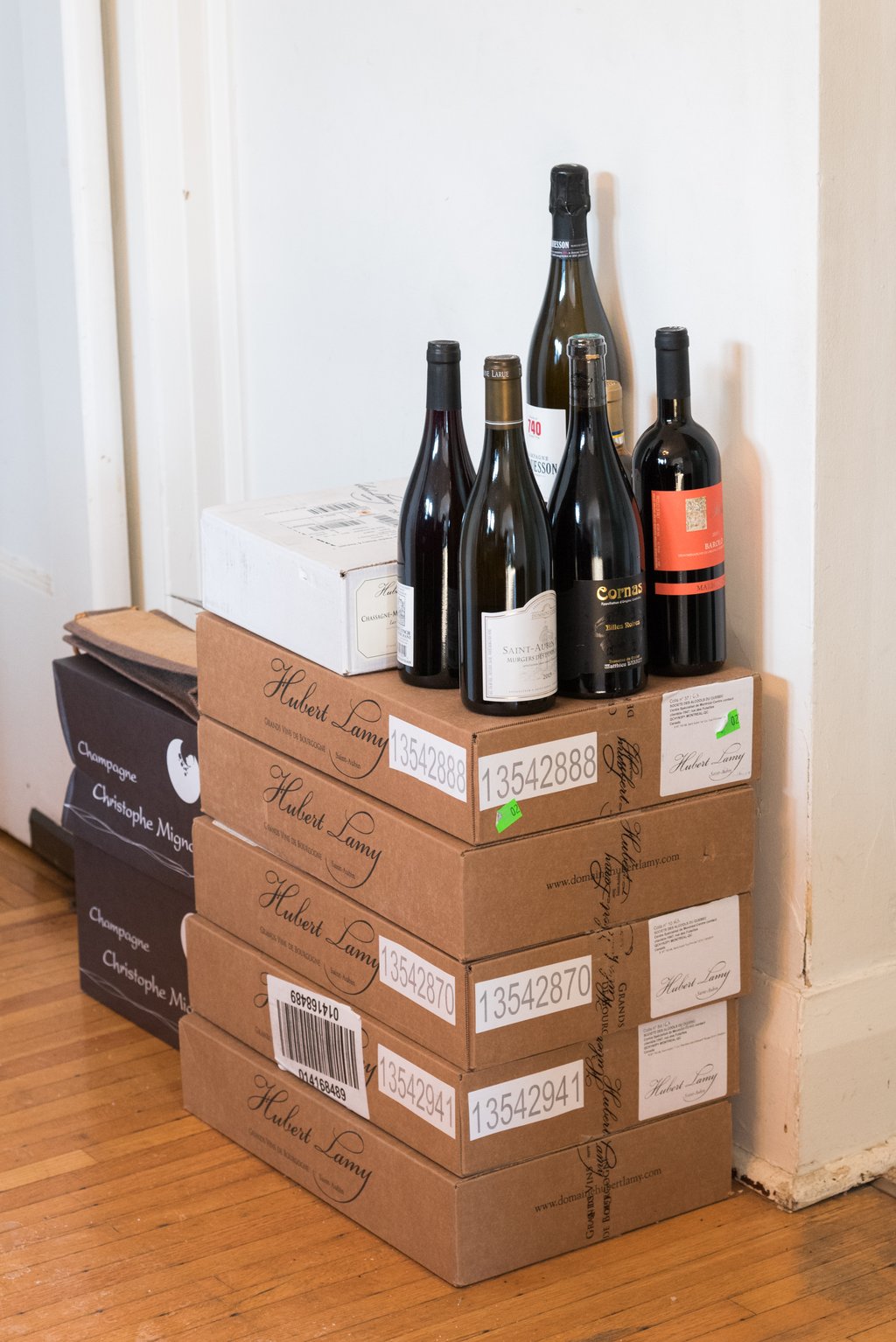 And a few of his favourite cookbooks: 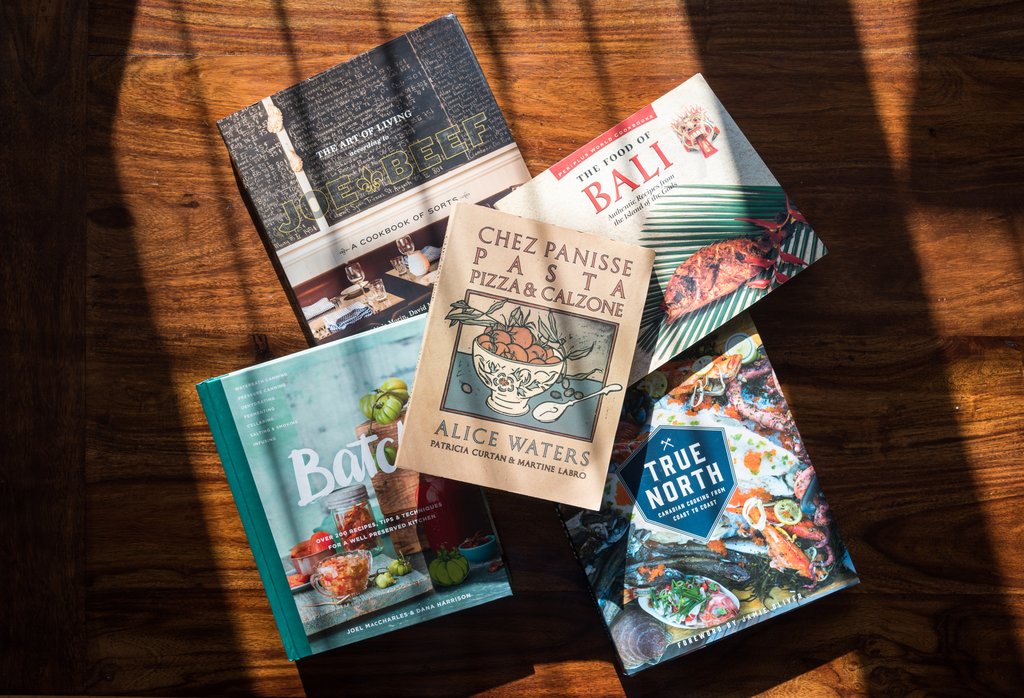 These stone carvings are all from Botswana and South Africa. He loves his home country a whole lot:


The man in the photo is the late namesake of Hardie’s first-born son, Lucas. He was the property manager for his parents, and Hardie has many fond memories of fishing with him as a child. In apartheid South Africa, the property manager would name his first-born after the “master of the house,” so this was Hardie giving the middle finger to those racist rules.