Nick Liu recently doubled down on DaiLo, opening a mini version of his College Street restaurant inside Assembly Chef’s Hall, the Financial District’s new food hall. Thanks to his double workload, Liu now leaves the house earlier than usual, but still makes time for breakfast. After waking up with a pod of no-fuss Nespresso espresso, Liu whips up a balanced brekkie, adding kale, fish balls and an egg to instant noodles.

Liu knows it’s not the healthiest way to start the day, so every few months he’ll do a Wild Rose cleanse. The alcohol-free diet means eating heaps of veggies, almonds, fish, brown rice and herbal supplements. During such months, Liu starts his day with smoothies, but right now he’s all about noodles. “I start with noodles and end with noodles,” says Liu, who often makes himself a bowl of ramen when he gets home from work around midnight. 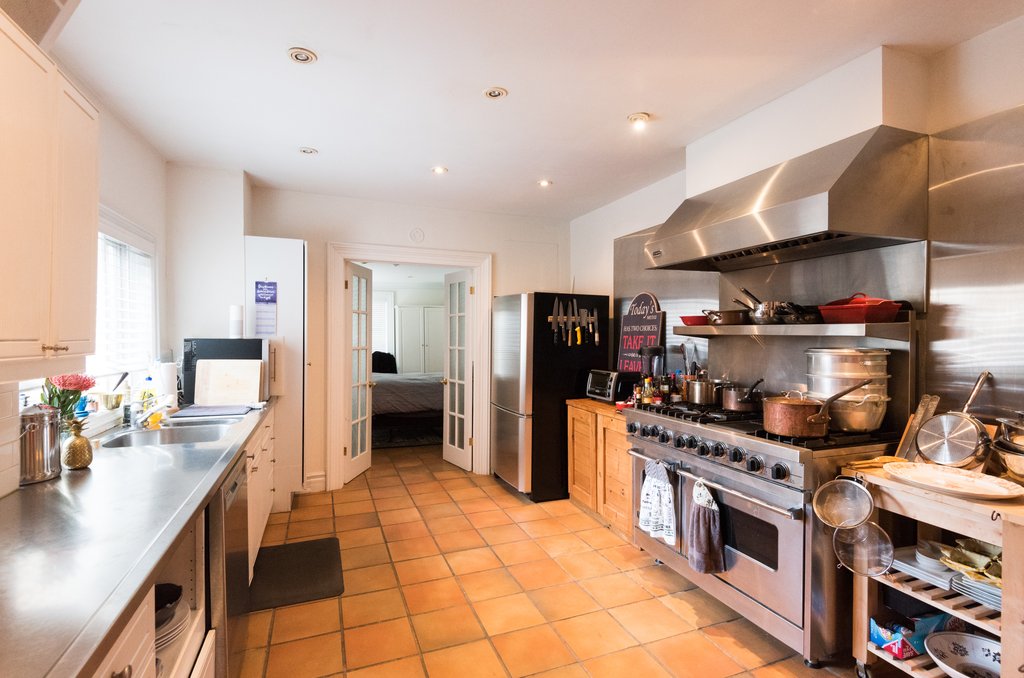 For lunch, Liu is usually at Assembly, but he doesn’t typically eat at DailLo. “I find it hard to eat my own food because I know exactly what it tastes like—there’s no surprise,” says Liu. His favourite places in the hall to grab a bite are Tachi (for the omakase) and Shari (for the chirashi). “Their rice is some of the best in the city,” says Liu, who thinks Shoushin still reigns supreme.

When it comes to dining out, Liu’s a creature of habit. The places he likes, he likes a lot. “I don’t go to a lot of new places,” he admits. He was such a fixture at Tacos El Asador that when they took the tripe soup off the menu, the owners promised to make it for him whenever he has a hankering. Liu’s other go-tos include Imanishi and just about any restaurant in Koreatown. 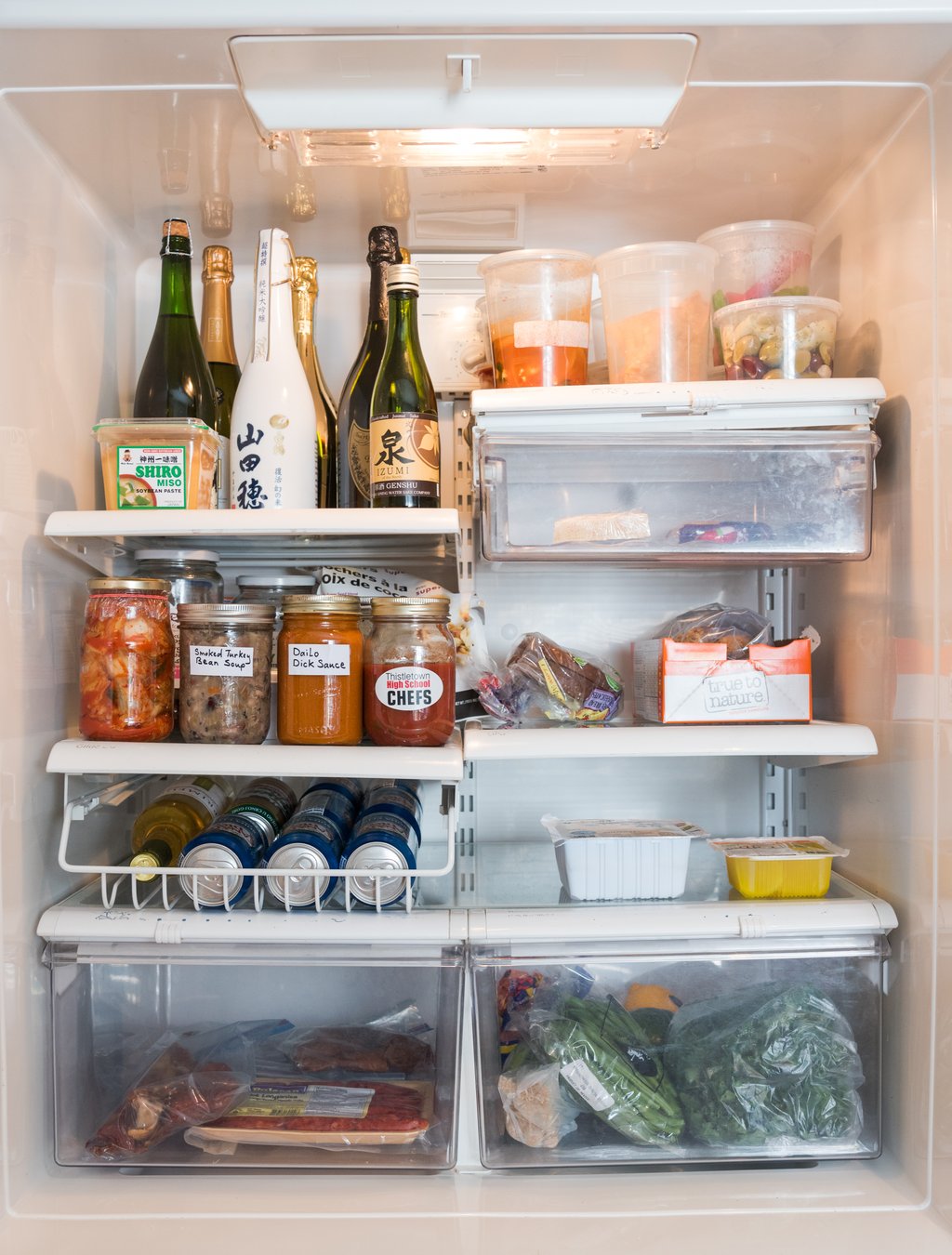 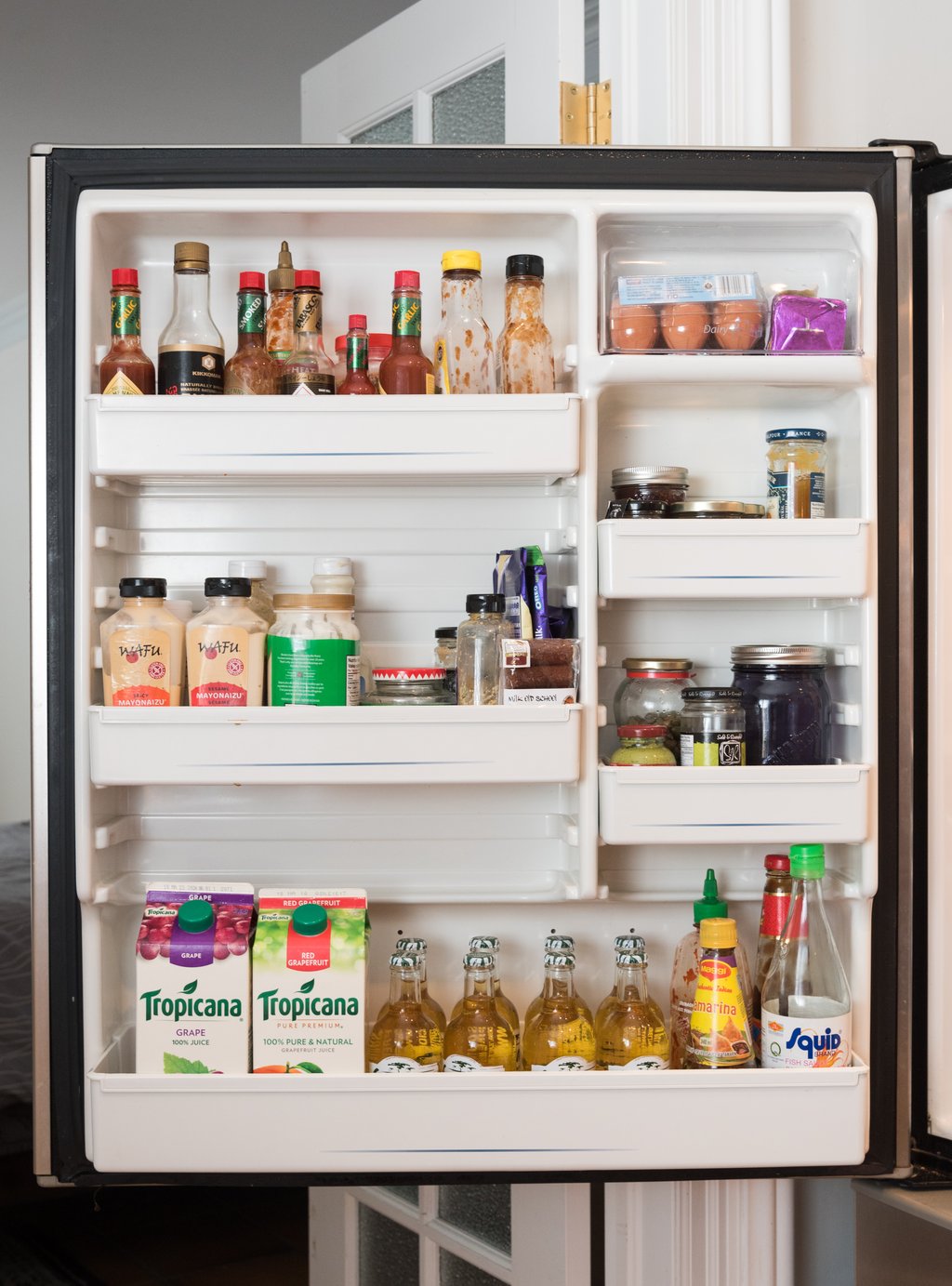 Most of the time, though, Liu makes his own meals at home. The chef knew this rental apartment was the one the moment he walked into the kitchen—he didn’t even look at the rest of the house. The moment he saw the Viking range, industrial hood and stainless steel counters, he was sold. Liu’s still obsessed with the Viking. The eight-top burner lets him cook many things at the same time, which is great for an enthusiastic entertainer like Liu. He recently began hosting culinary showdowns, which he films for Instagram. The last two—Friendsgiving and Friendsmas—saw Liu’s pals compete for the title of best stuffing and best canapé. Next up is Souped-up Soup, in which Liu plans to make his guests slurp Samyang 2x Spicy Chicken Ramen while he films their attempts to conquer the hyper spicy noodles. 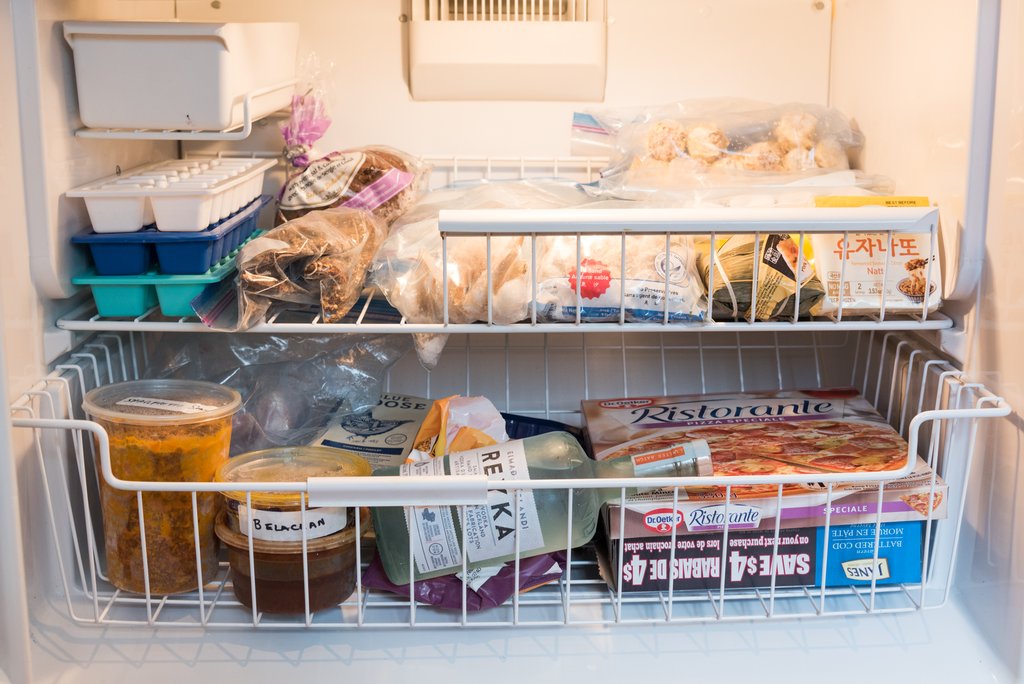 Since becoming friends with chef Antonio Park, Liu’s become obsessed with Korean food. He does a lot of his grocery shopping at PAT in Koreatown. They carry some hard-to-find produce like shishito peppers, and they have a comprehensive rice selection. For the rest of his groceries, Liu traipses all across town. When it comes to meat, Liu thinks Oliffe has the city’s best rib eye. For seafood, Liu says Hooked has the best selection of seasonal fish and cockles (he recently got some great skate there). Liu’s parents live up in Markham, so when he’s visiting his folks, he’ll hit up the Chinese grocery stores including T&T, First Choice, Foodie Mart and Sunny Food Mart. He loves browsing their produce sections. 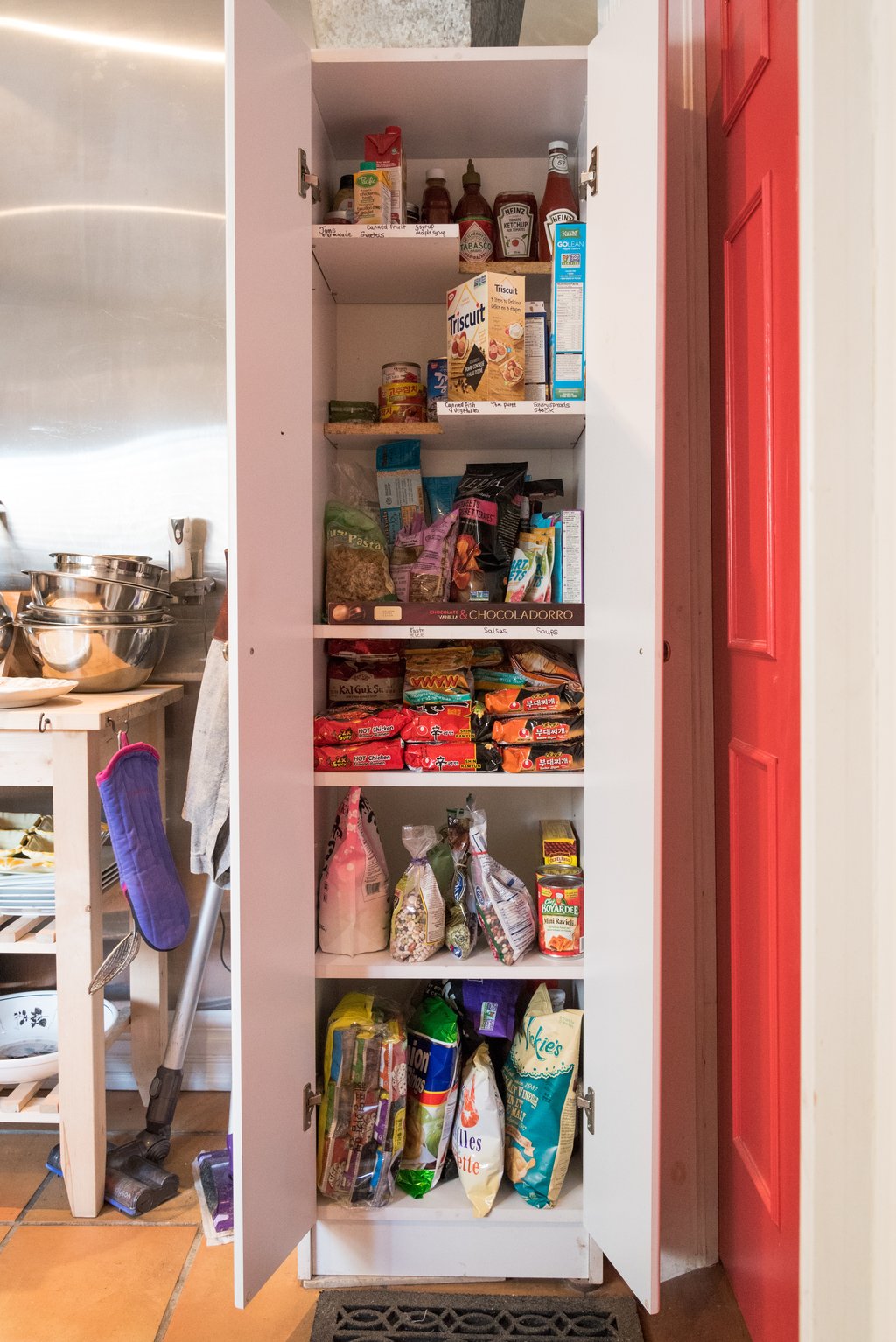 Liu’s always got a few XO sauces on the go. Each has a distinct flavour profile: 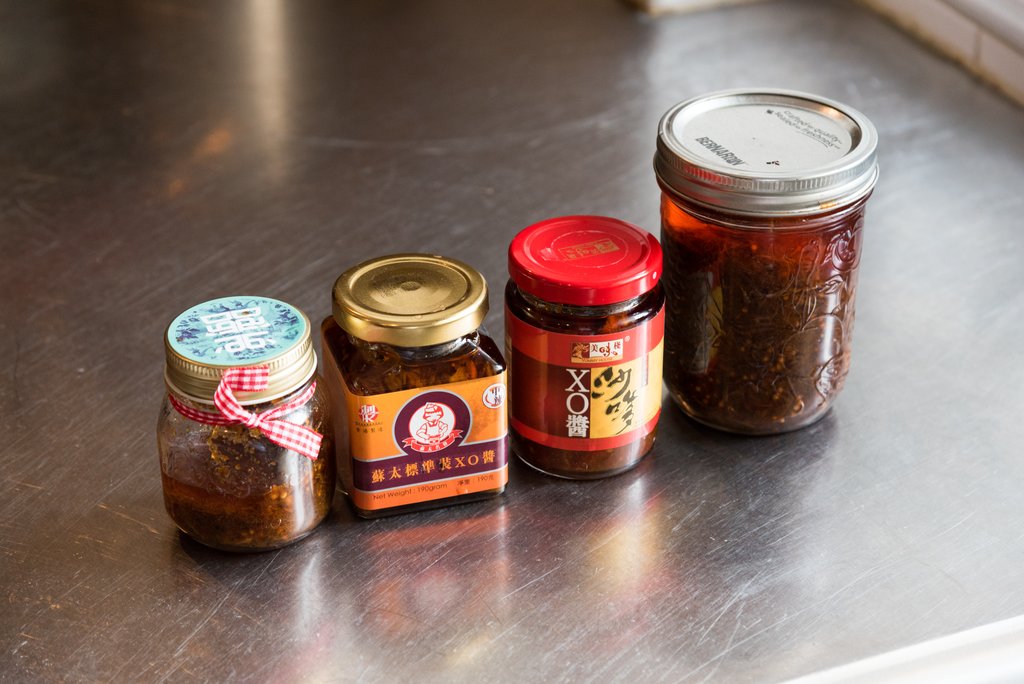 A lot of Liu’s friends are bartenders, so he tries to keep a stocked bar so they can tinker with drinks at his parties: 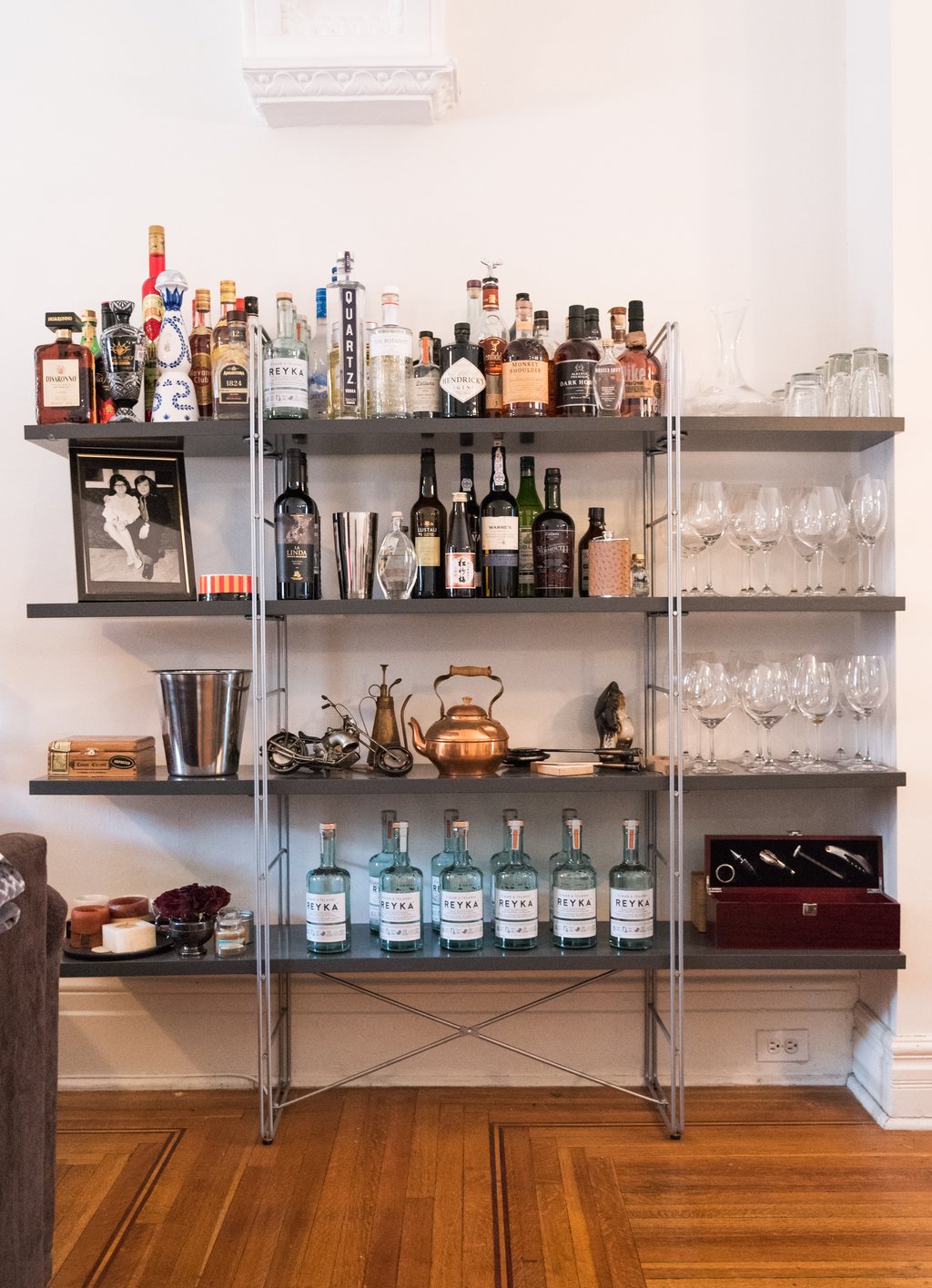 Here’s a closer look at some of his best bottles: 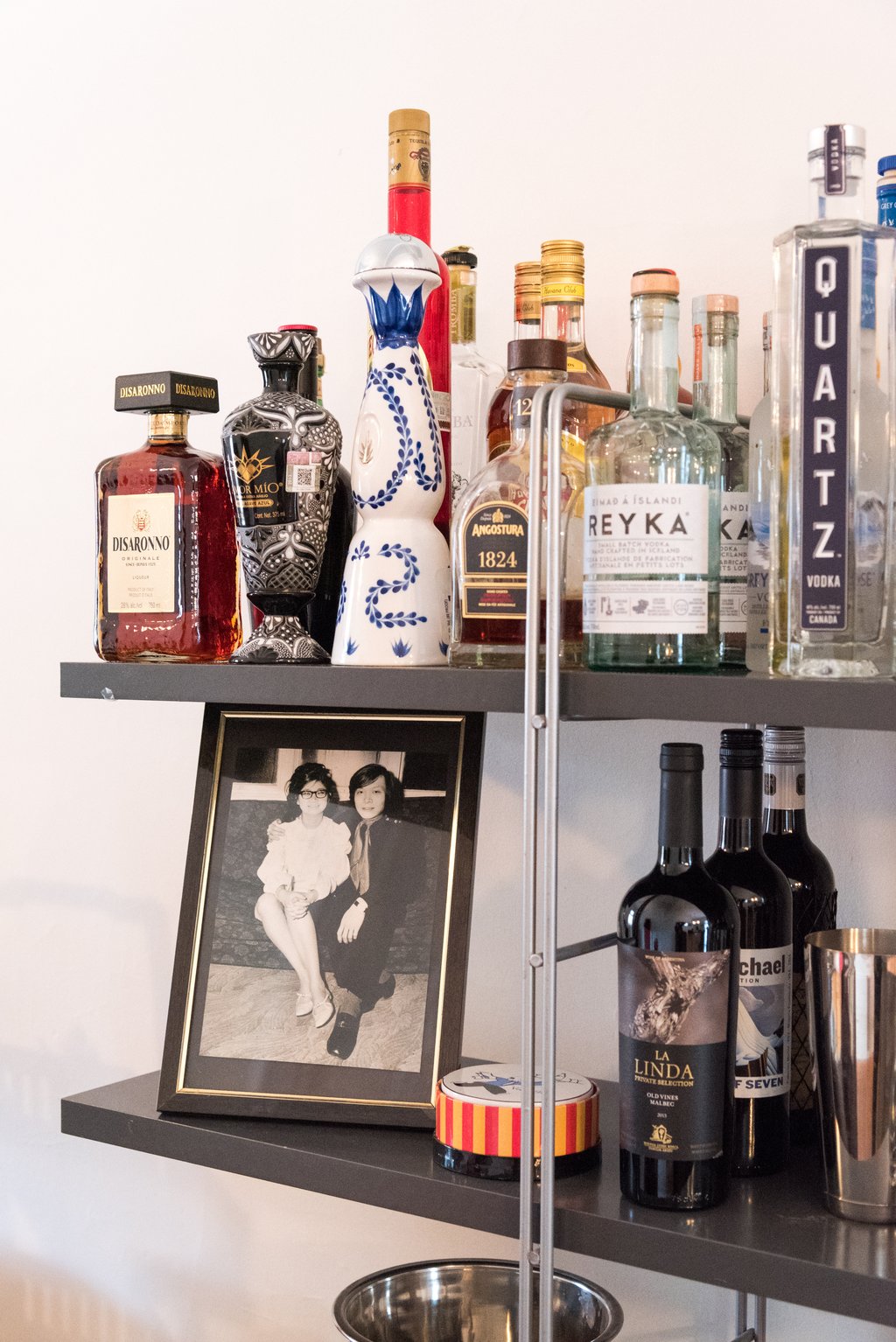 These faux comic book covers were drawn up for a series of pop-ups Liu did with his friends Scott Vivian, Cory Vitiello, and Dave Kemp. “I think this was one of the first renditions of a pop-up dinner to happen in Toronto,” says Liu:


Here are some of his favourite cookbooks: 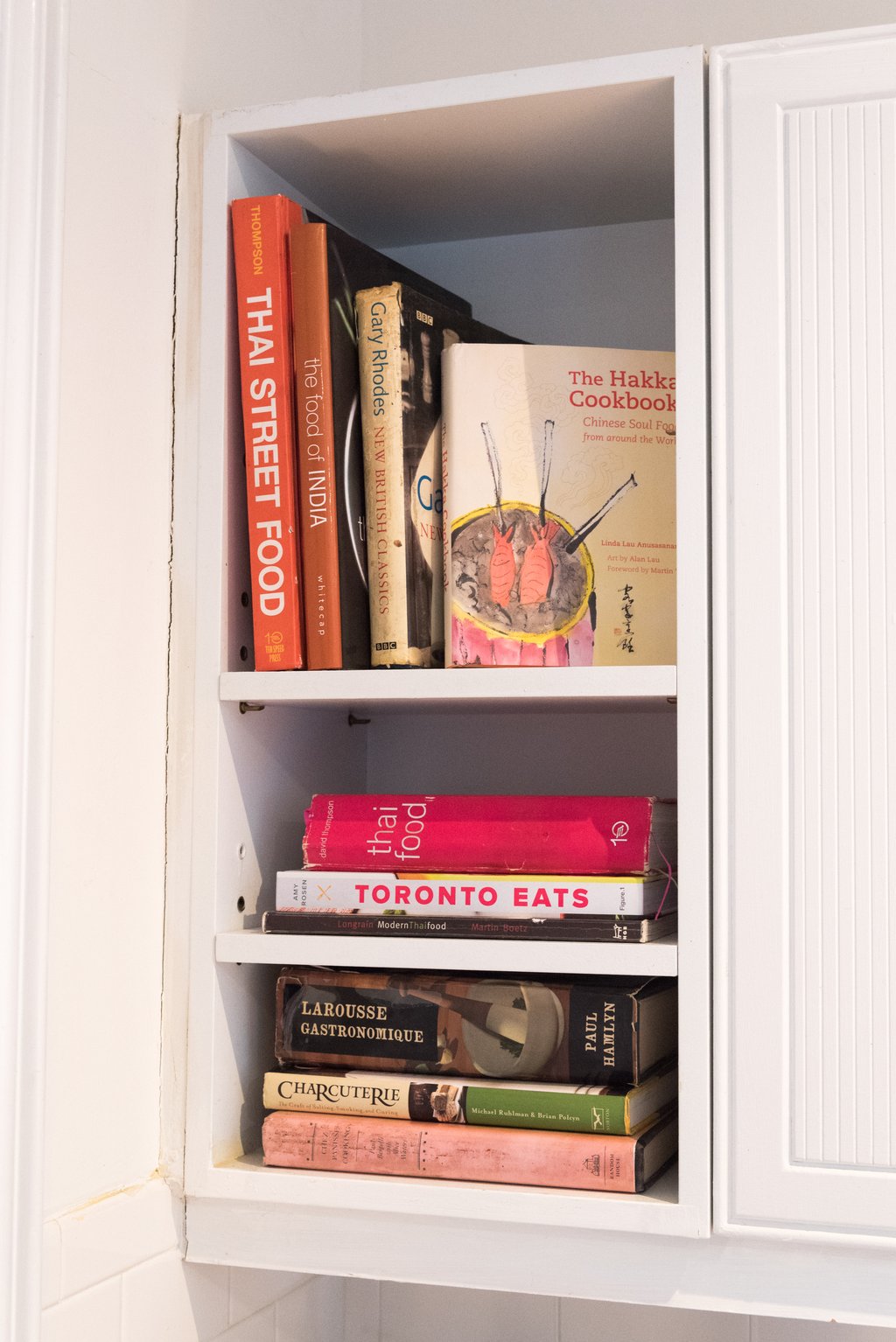 And some of his favourite knives: 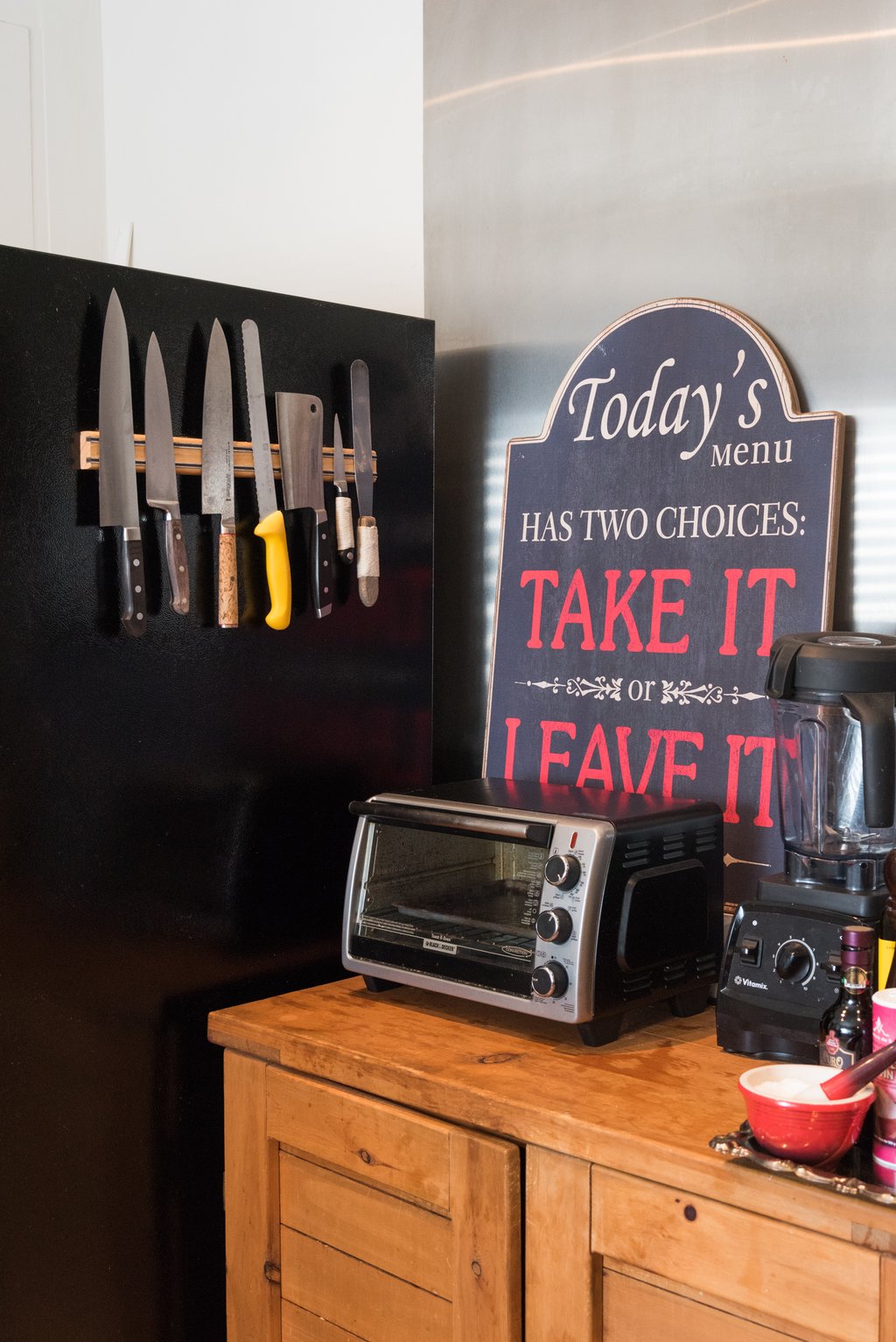 Scaramouche chef Keith Froggett told Liu to get Sheffield sharpening steels when he went to England. He’s had these for over a decade now:


Liu loves to grill. He’s got a charcoal Weber, a seriously souped-up propane Weber with a thermometer that reads out the meat’s internal temperature to an app on Liu’s phone and this tandoor oven:


Liu cooked up some lunch for us:


Longanisa sausages on the grill, with salt-cod hash sandwiches made in the antique sandwich maker and a Korean salad niçoise. What a feast!


Thanks for lunch, Nick!