When Julian Katz and his wife, Emily Pennington, became parents, their two-bedroom apartment suddenly seemed suffocating. The place had always been a tight fit—the kitchen only fit one human comfortably—but with their daughter, Aubrie, starting to crawl, the couple knew they had to find something roomier. The insane market meant there were zero fixer-uppers in their price range that were reasonably close to Roncesvalles, where Stasis is. The couple started looking at undervalued commercial properties, which is when they found this mortgage broker’s office.

“It looked terrible—a dated, powder-pink office—but the second floor was set up as a three-bedroom dwelling,” says Katz, who briefly flirted with the idea of running a coffee shop out of the front of his future house. The couple nuked the main floor. Nothing was salvageable—not even the floors or the ceilings. “Designing an open-concept space is daunting,” says Pennington, which is why she recruited Susan Abramson from Toronto Designers.

Katz talks about his GE range the way a motorhead goes on about their hog. “It’s like cooking with jet fuel. It has a 20,000 BTU burner that can boil a pot of water in five minutes,” he beams. Inspired by the kitchens of Chinese restaurants that have water at the wok stations, Katz installed a pot filler above the stove. It saves him from lugging heavy pots from the sink and it’s great for cooking—when you need a splash of water, it’s right there. 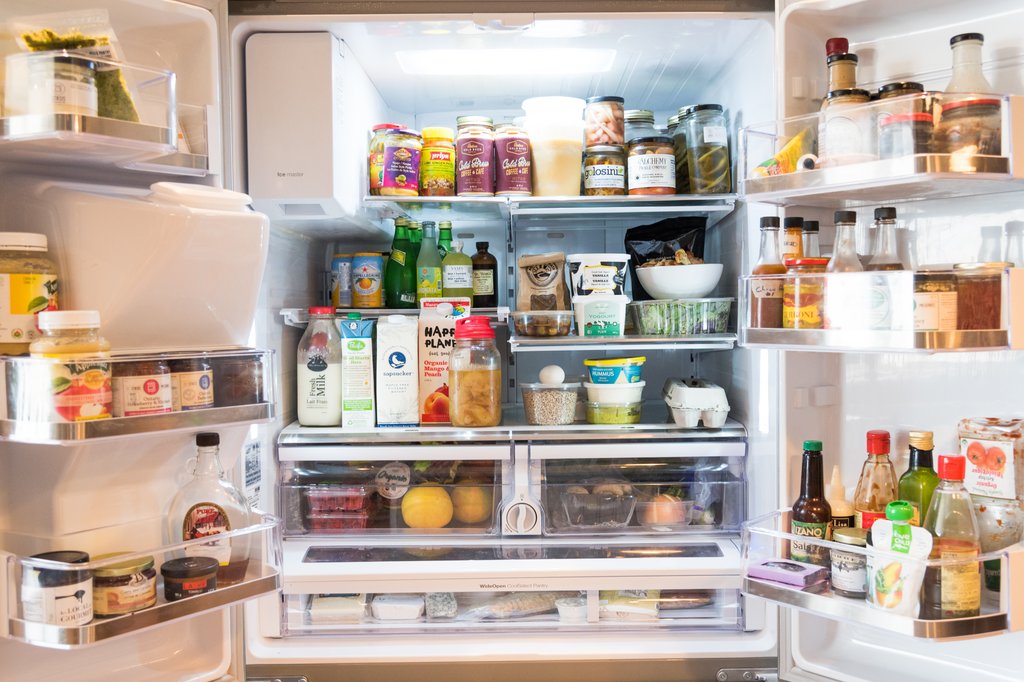 When it comes to groceries, the couple is almost entirely self-sufficient: pretty much everything in their fridge and pantry is from Stasis. For organic produce, they’ll hit up Sweet Potato, and for specialty pickles they pop into Bloordale’s Bengal Grocery and Variety. The avid travellers also like to bring home spices and canned goods from their trips. 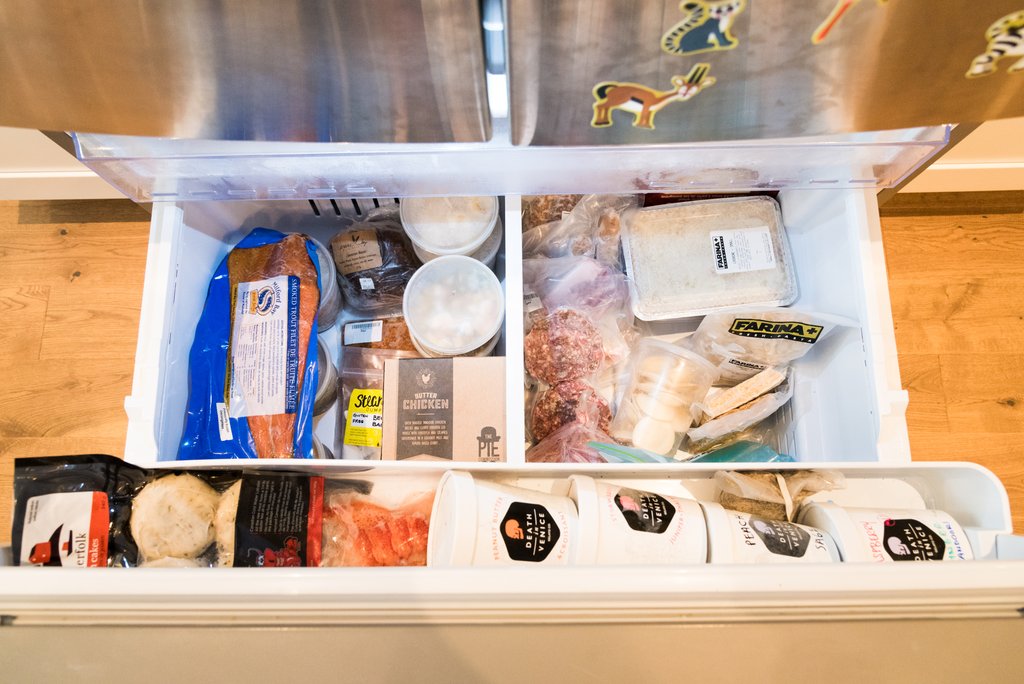 Two-year-old Aubrie has an adventurous palate and will try anything once, including sardines and spicy curries. But the family keeps weekday breakfasts fairly orthodox: cinnamon raisin bread (Prairie Boy) with honey (Rosewood Estates) and peanut butter (Kernals) is the go-to morning meal. Some Sheldon Creek yogurt with in-season fruit rounds it out. Dinners are simple, fresh and healthy, like a pan-seared steak or fish with a side of Ontario-grown quinoa and sautéed veggies. Taco nights (be they pork belly, fish or tempeh) are a family favourite. 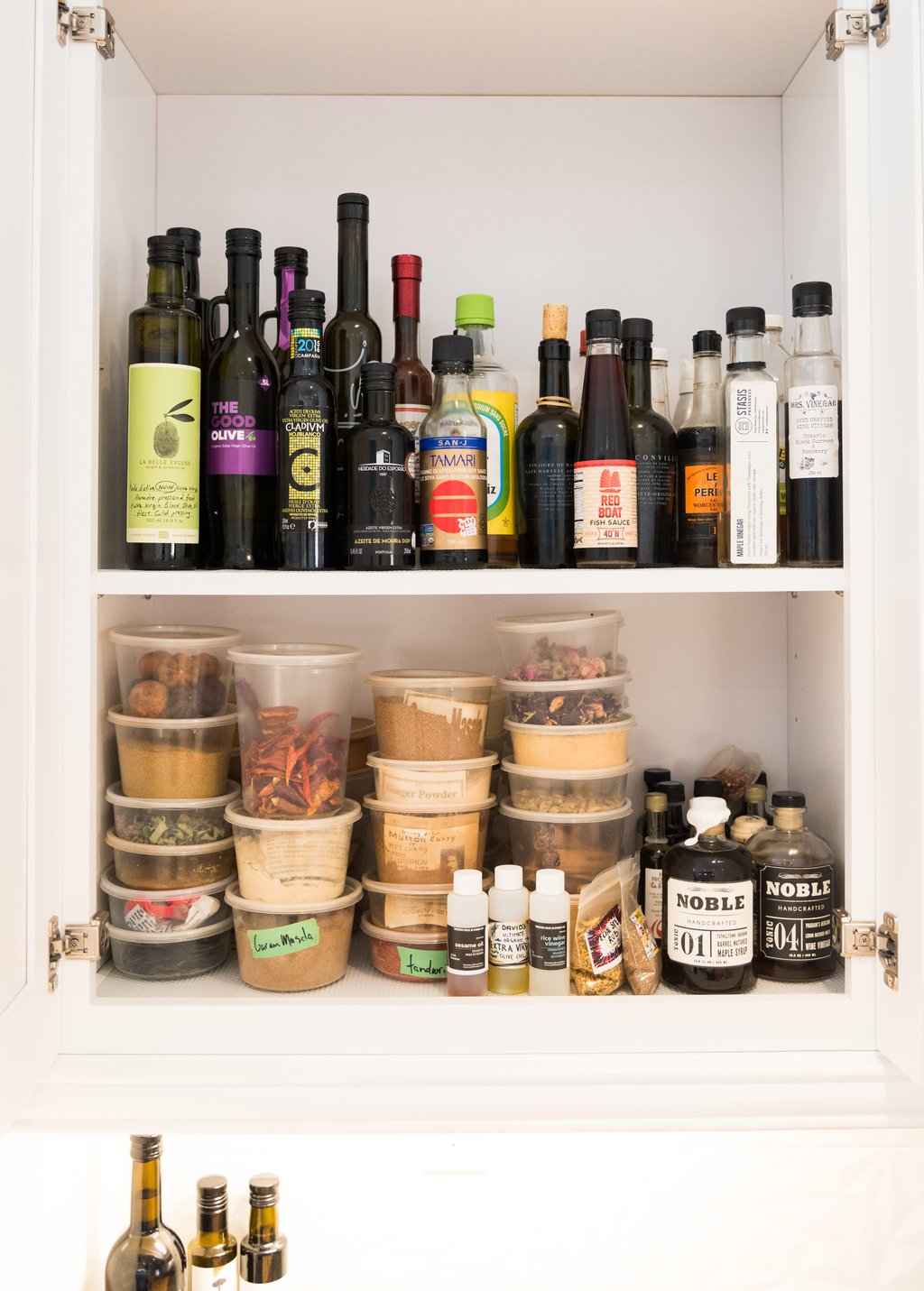 “We don’t drink a lot but we enjoy nice wines,” says Katz. Their go-to is Cave Springs, but when they’re splurging, Pennington loves bright, not-too sweet Alsatian whites and Ontario pinot noirs. Although the couple’s not big into cocktails, Katz does love scotch:

This house runs on coffee. Their go-to beans are Social’s, but recently Katz has been enjoying this new release by Chocosol:

If there are good avocados around, Katz will make his own guacamole in this volcanic stone molcajete mortar he brought back from Mexico. Otherwise he’ll use Mad Mexican’s stuff:

Here are some of his favourite sharp things: 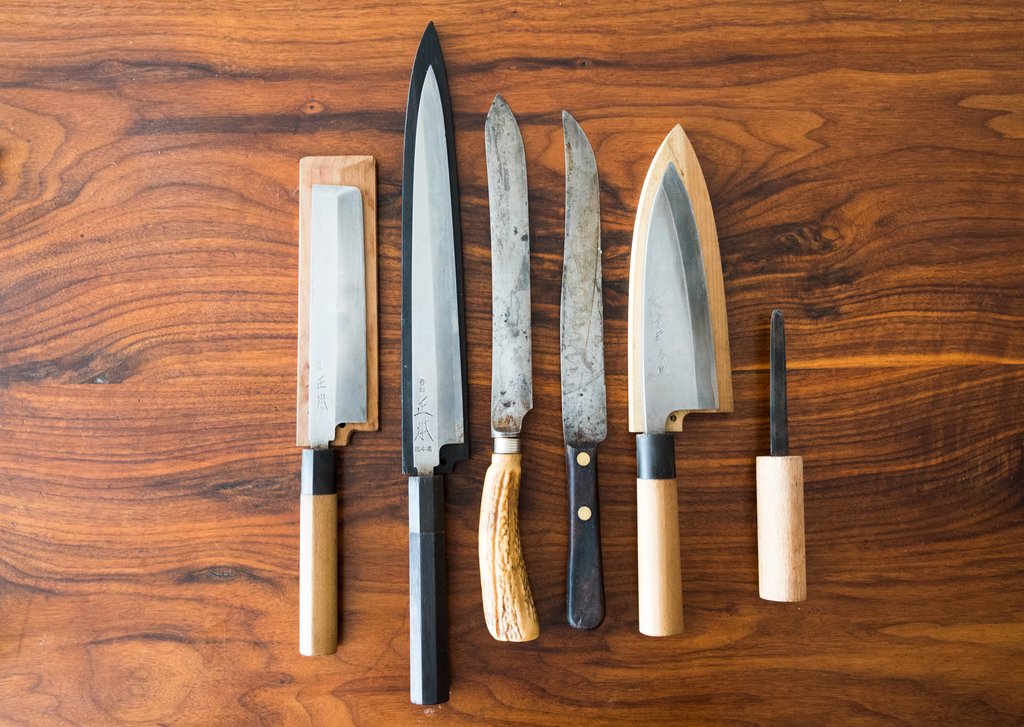 And a few of his treasured kitchen toys: 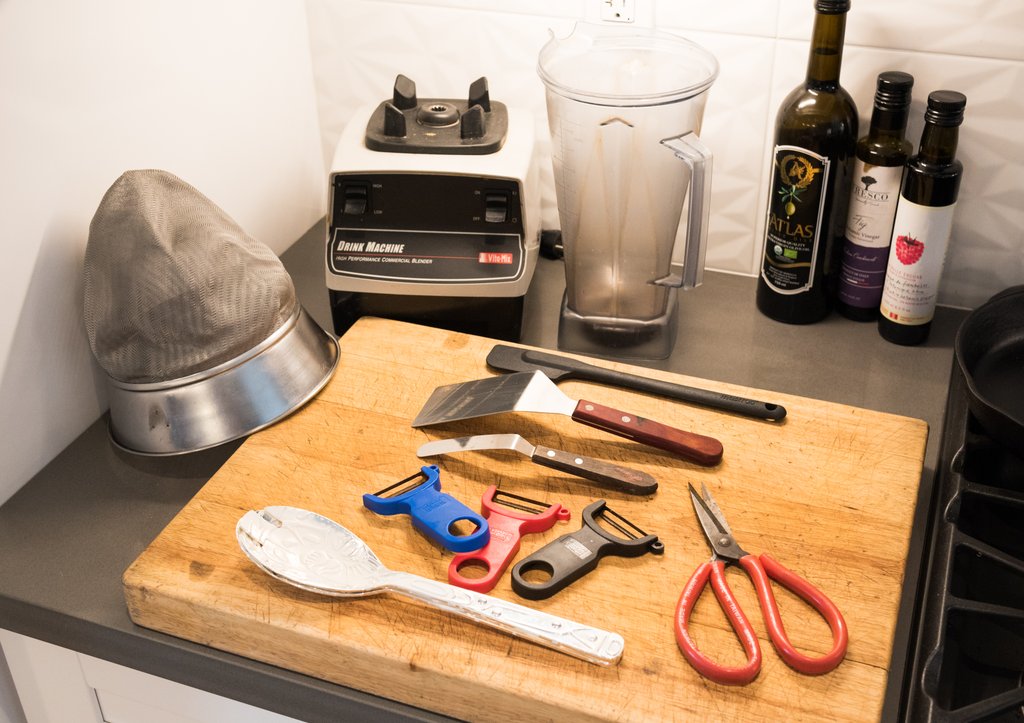 And one more family pic, just because they’re so cute: