Around the holidays, Brandon Olsen and his wife, artist Sarah Keenlyside, are particularly busy. Between making boxes and boxes of beautiful chocolates at CXBO and hosting epic dinners at La Banane, the two barely have time to breathe. Despite their many commitments (Keenlyside also runs a video production company) they still find time to entertain, and love throwing over-the-top dinner parties at their Kensington loft. We popped by to check out their kitchen, and just happened upon a fridge prepped for a four-person seafood feast. The planned dinner—a bouillabaisse featuring lobster tails and Dungeness crab, with caviar to start—had to be cancelled at the last minute, because running a restaurant means working all the time. (Luckily, the couple’s friends are very understanding.) 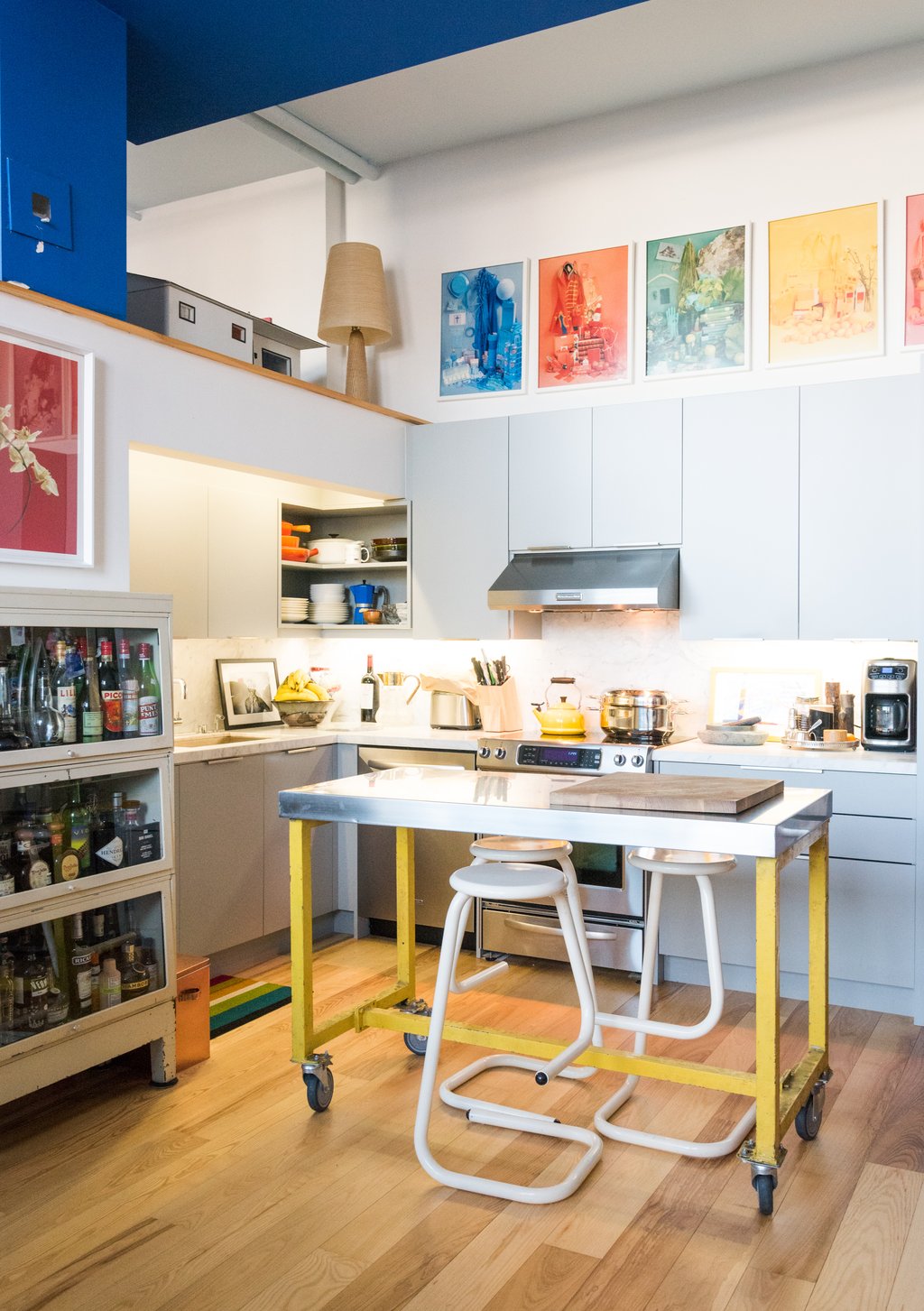 Keenlyside downsized from her spacious Bloorcourt home to this Kensington loft right before meeting Olsen on Tinder four and a half years ago. While they sometimes wish they had more space, they love living in Kensington Market and absolutely adore their building. Before it was converted into a condo, it used to be a George Brown building; somewhat serendipitously, the floor Olsen and Keenlyside live on was once the culinary department where Jamie Kennedy honed his cooking chops. 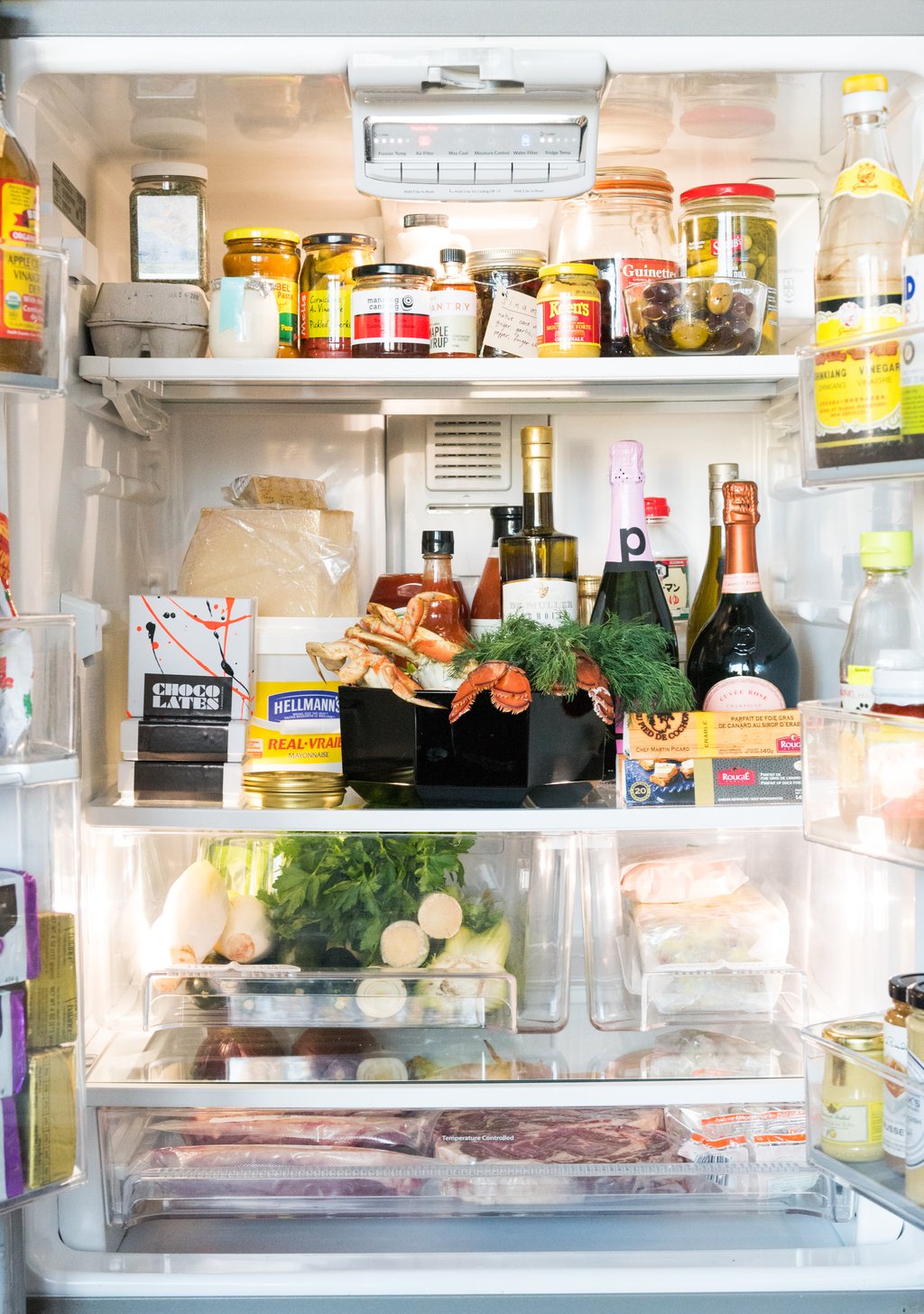 “Everything we need is right here,” says Olsen, who does almost all his shopping in the market. For bread and pastries, Blackbird is the go-to bakery, and Hooked is their favourite spot for fresh fish. For herbs and spices, they say Carlos’s House of Spice has the best selection, and they divide their meat budget between Sanagan’s (heritage chickens, stewing meats) and Cumbrae’s (steaks). For everything else, they’ll prowl the produce vendors (their favourite is Kensington Fruit Market) and grab miscellany from Essence of Life. 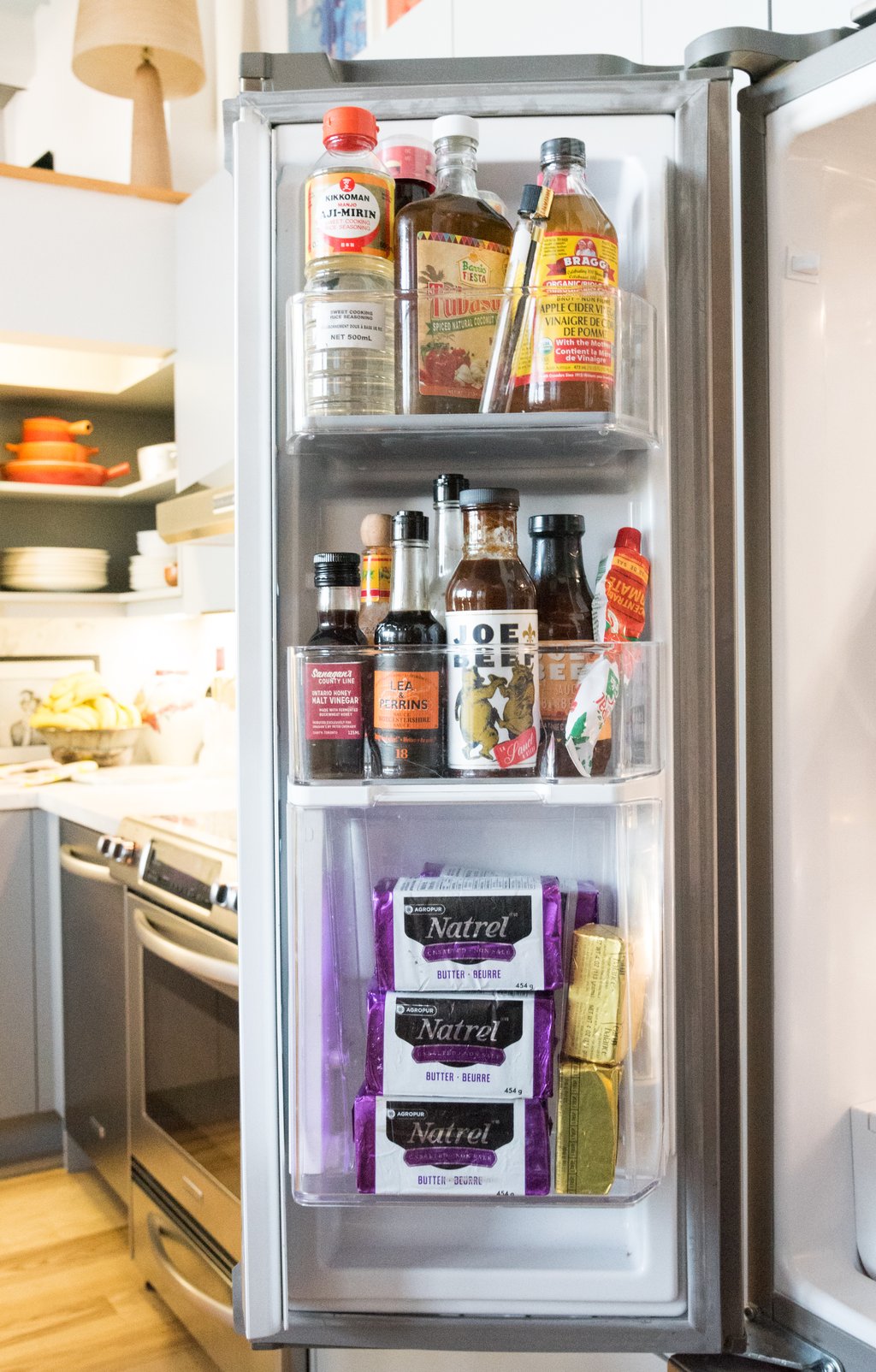 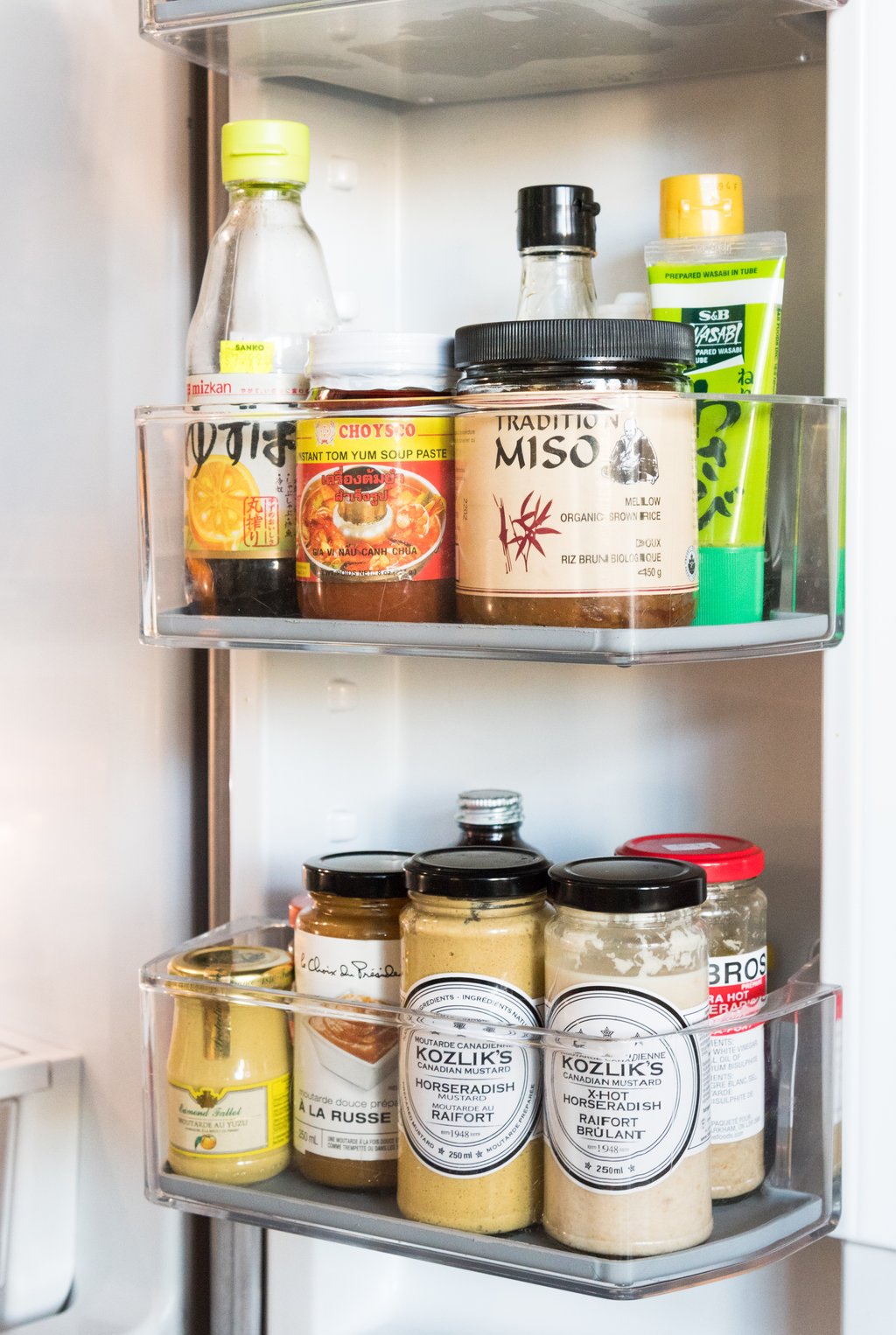 The two have been run ragged lately. On a recent night, they were about to make dinner together when they decided to buck the cooking plans and get massages instead. They capped off the evening by demolishing a serious amount of sushi at JaBistro. Although free evenings are few and far between, the couple enjoy their mornings together. “Our coffee habits have devolved,” says Olsen. “We’ve gone from pour-overs to French press to drip coffee. It makes the worst coffee, but it’s the best alarm clock.” (There’s a timer setting on the machine.) They usually buy beans from Ideal for home consumption, but if they’re out, Olsen will grab coffee to-go from the nearby Jimmy’s.

Coming home after 1 a.m. means Olsen will eat whatever he finds in the fridge. “My midnight snack is usually whatever Sarah’s made for her lunch the next day,” says Olsen, before expressing admiration for his wife’s cooking. “I make the best stuff when he’s not around,” says Keenlyside, who tends to cook healthy food with Asian influences (Japanese noodles, Thai curries, Vietnamese soups). “Maybe it’s that cooking for him makes me nervous,” she says, half joking. 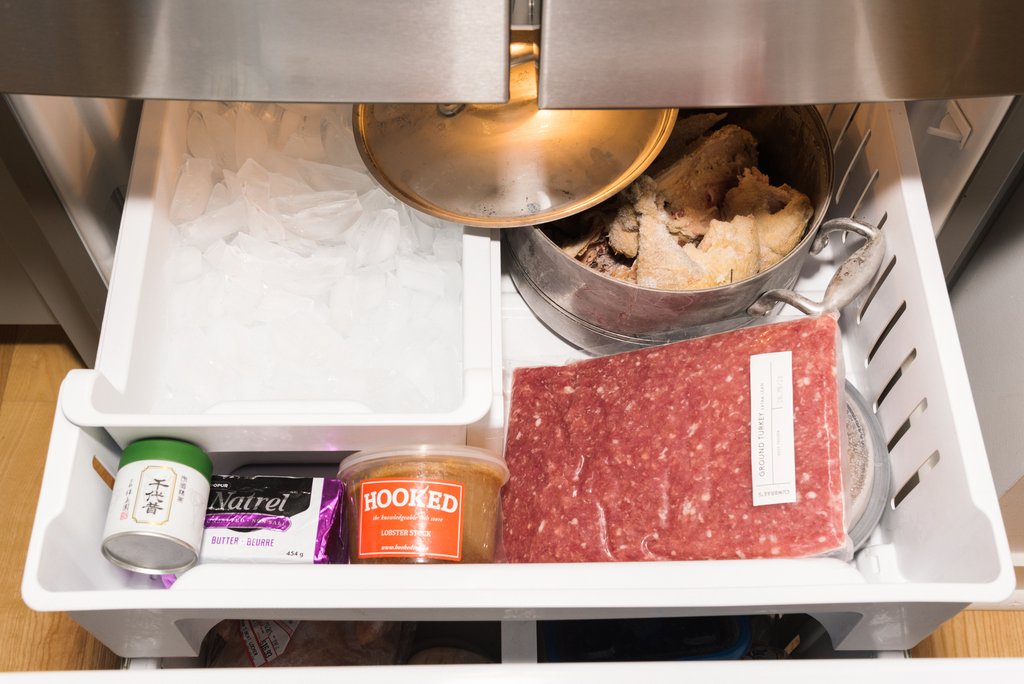 But Olsen swears he’s the least judgemental person to cook for. He’s happiest eating bags and bags of Fuzzy Peaches, but has had to reign his sweet tooth in recently: earlier this year, Olsen contracted gout. “It’s the disease of kings!” he says. In an effort to embrace a healthier lifestyle, he’s replaced his Maynard’s addiction with a new banana obsession. He eats four or more a day—which is totally on theme. Since opening La Banane people have given Olsen a bunch of banana paraphernalia including flasks, oven mitts, art and aprons.

Here are some of those bananas now (and the banana oven mitts, and a picture of Andy Warhol… eating a banana):

Have a look in their pantry: 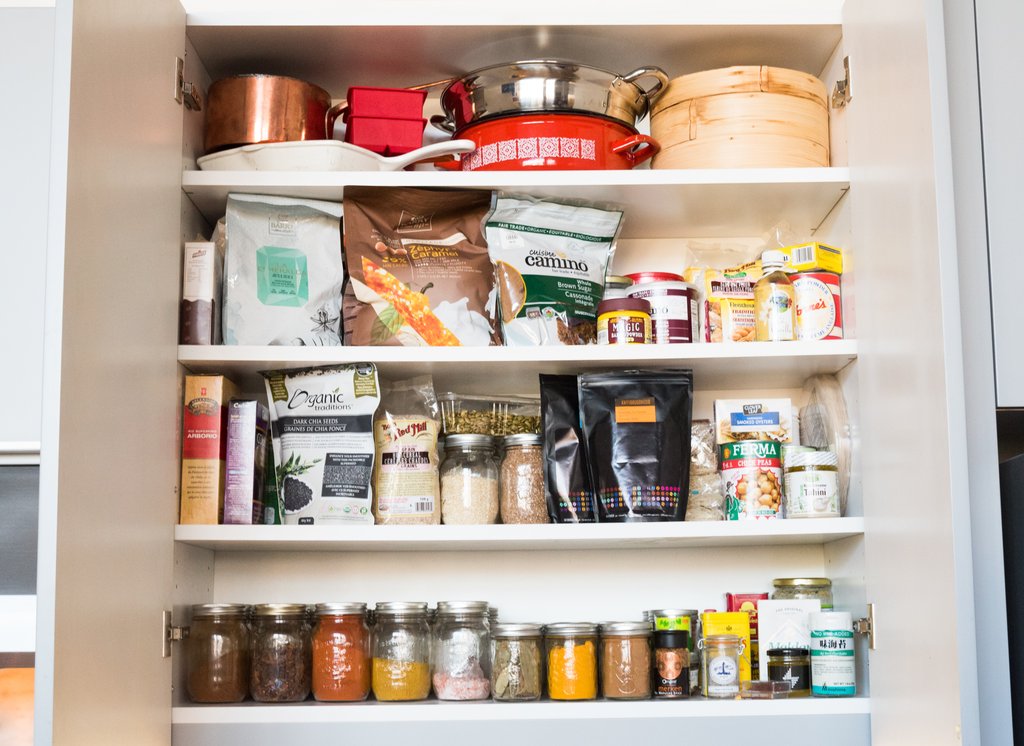 Olsen is more of a collector of booze than a drinker—and this is only two-thirds of his collection. He delights in scoring hard-to-find bottles that the LCBO hasn’t even heard of: 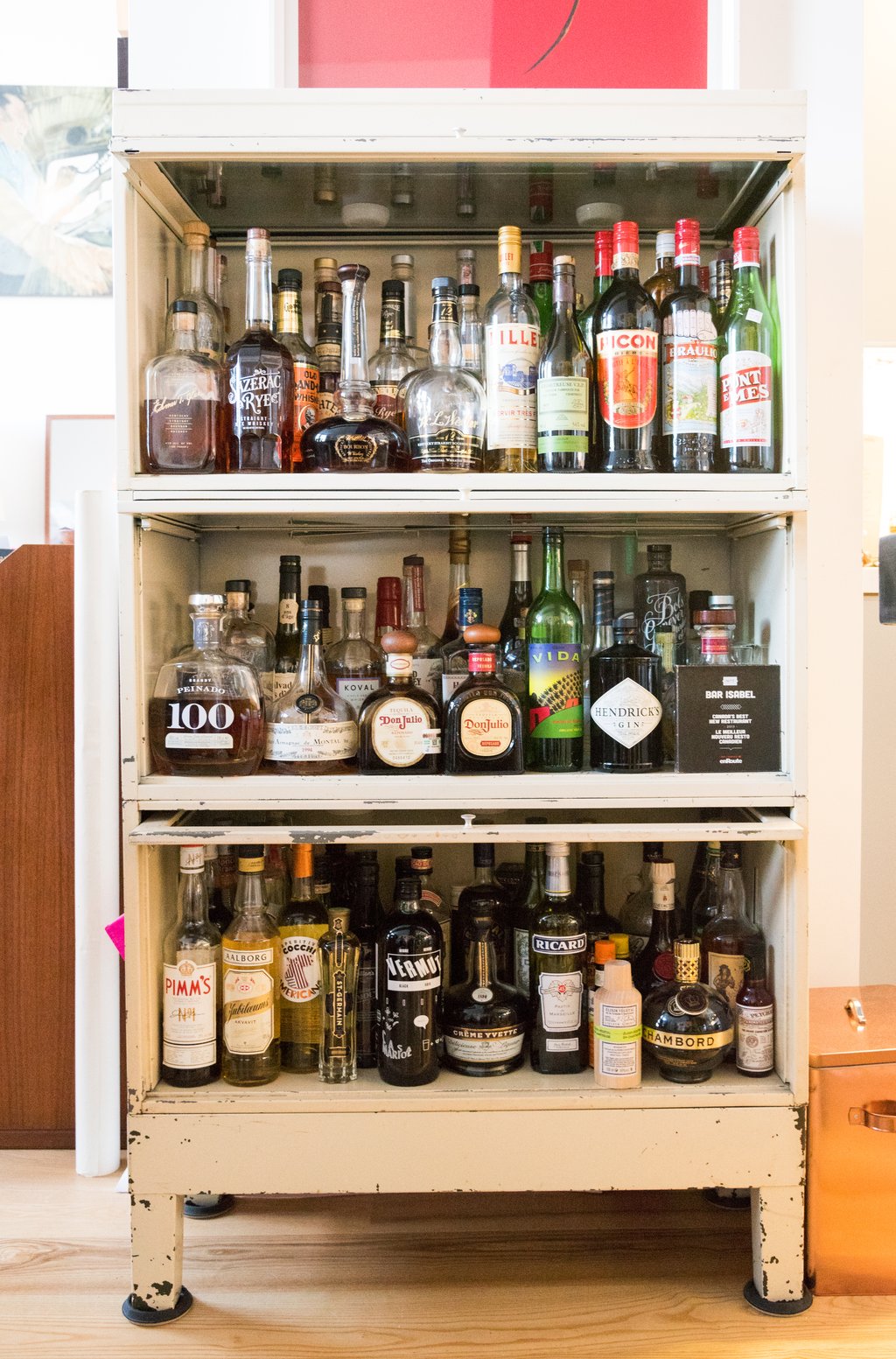 “When I met Brandon he owned two things: cookbooks and booze,” says Keenlyside. While the booze collection has stayed in the house, most of books were relocated to the CXBO offices. (A 700-square-foot loft with more than 500 books in it makes for a cramped living space.) Many of these books were purchased at Good Egg or found in thrift shops:

Olsen isn’t a knife snob. Right now, his favourite knife is the Glestain (the one on the far left) because it’s the sharpest. But he also loves his Kikuichi and Nenox—not because of their hefty price tags but because they were gifts: 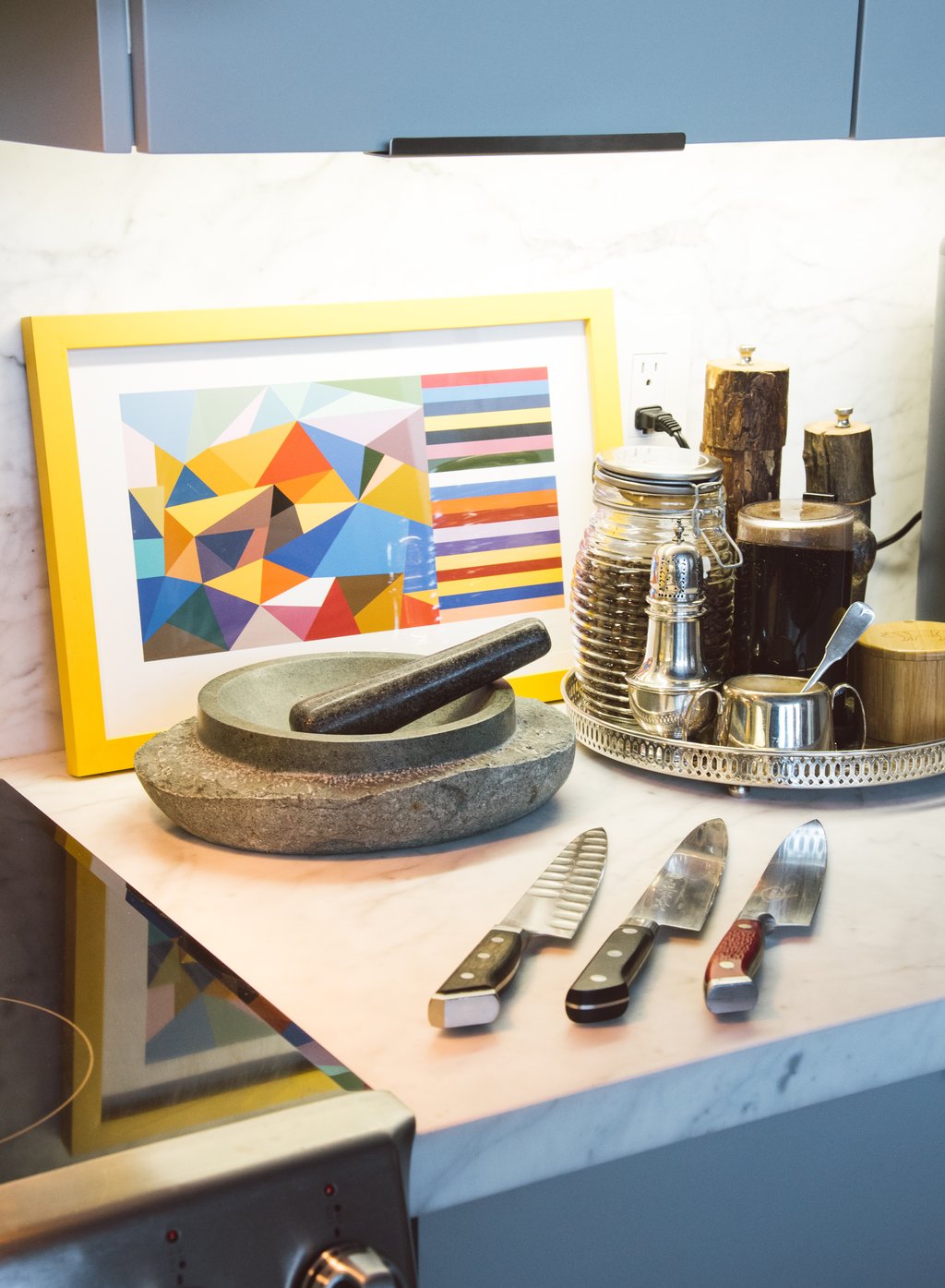 Keenlyside’s mom gave her a cat plate, and hanging only one seemed weird to her, so she hunted down two more: 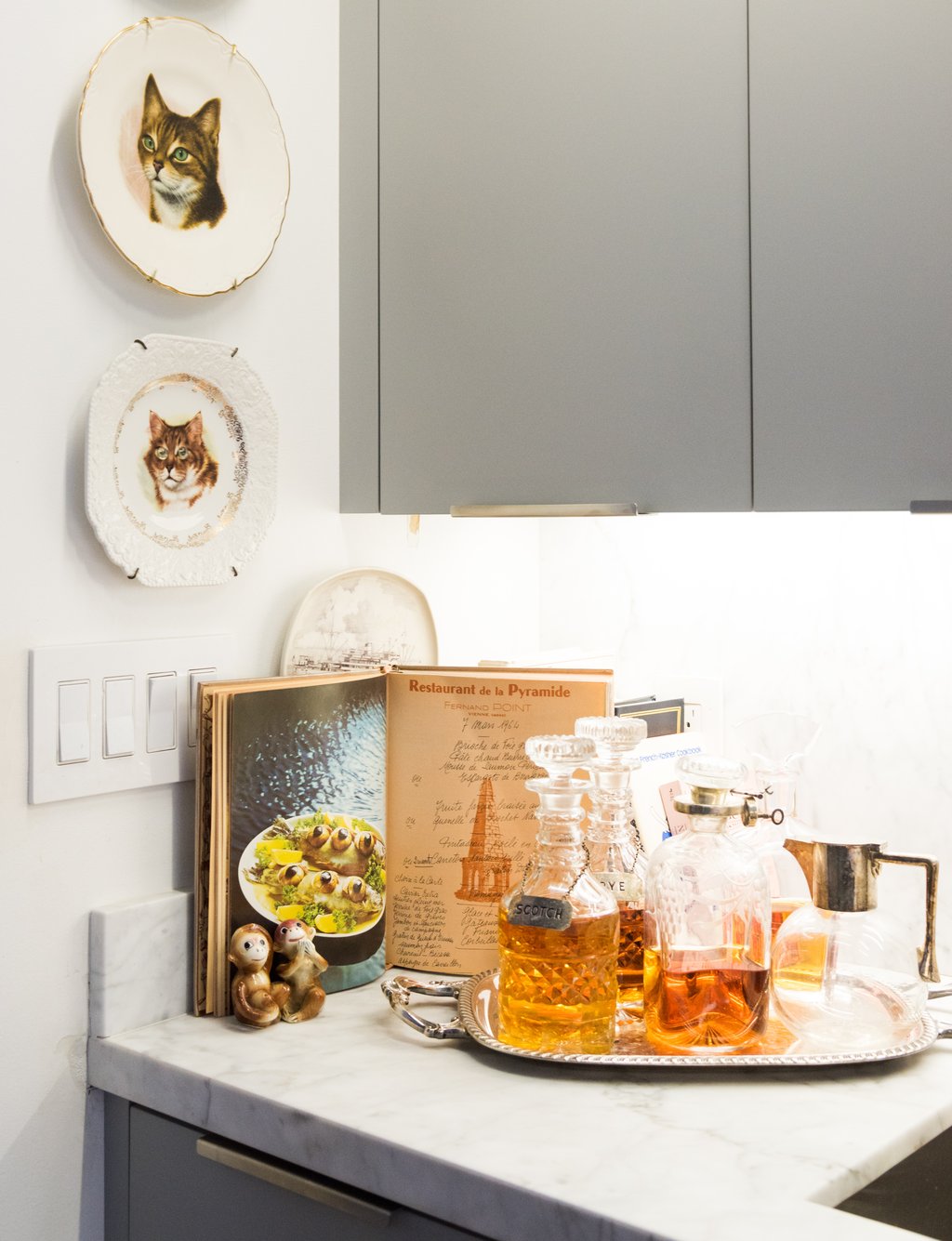 Keenlyside likes to buy bushels of tomatoes in late summer. She presses them then freezes them for later consumption:


Not pictured: Oscar, who, as we have learned, does not like company.