Inside the kitchen of Amano and Union Chicken chef Michael Angeloni

Inside the kitchen of Amano and Union Chicken chef Michael Angeloni

When he was opening Amano, the first sit-down restaurant to open in the renovated Union Station, Michael Angeloni was almost never at home—the chef would take catnaps between gnocchi-making marathons. Unfortunately for Angeloni’s sleep schedule, he’s not likely to catch up on his z’s anytime soon. He’s the executive chef at Amano and Union Chicken, both of which are opening locations in the Upper Canada Mall this summer. 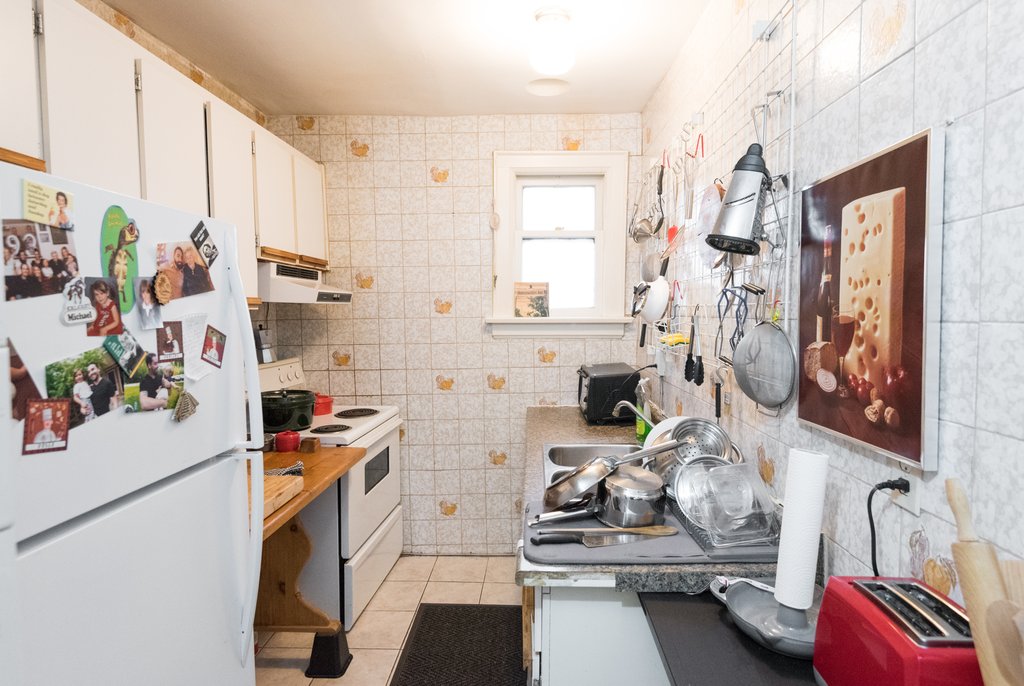 Angeloni typically wakes up around 7:30 a.m., which is when he begins answering emails. He’ll make himself a strong cup of Propeller stovetop espresso, which he drinks black and then chases with a glass of milk. If he has time for breakfast, Angeloni will scarf down a bowl of cereal, but usually he just rolls into work on coffee fumes then grabs a pastry at Amano (they carry Tempered Room croissants, which he loves). 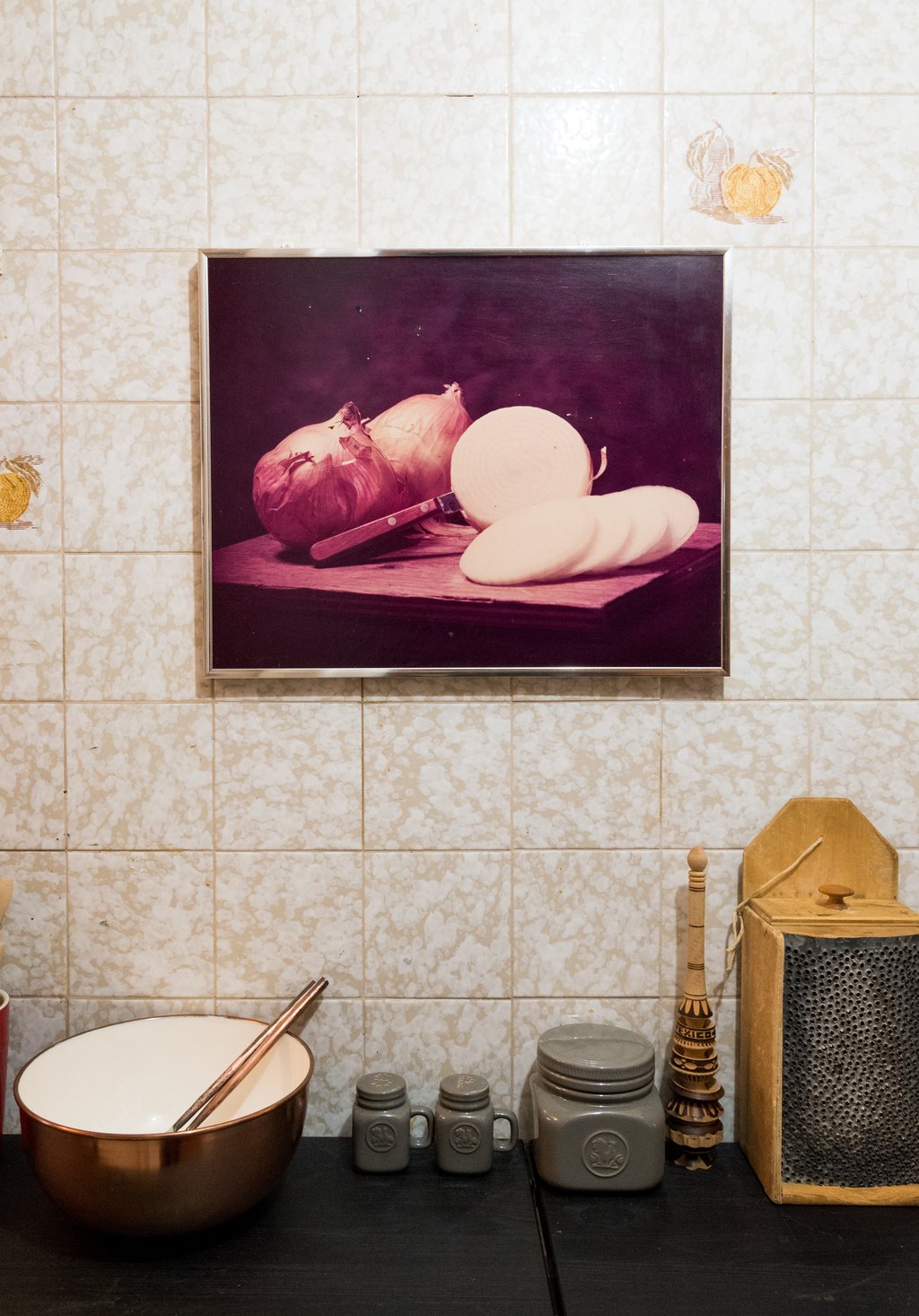 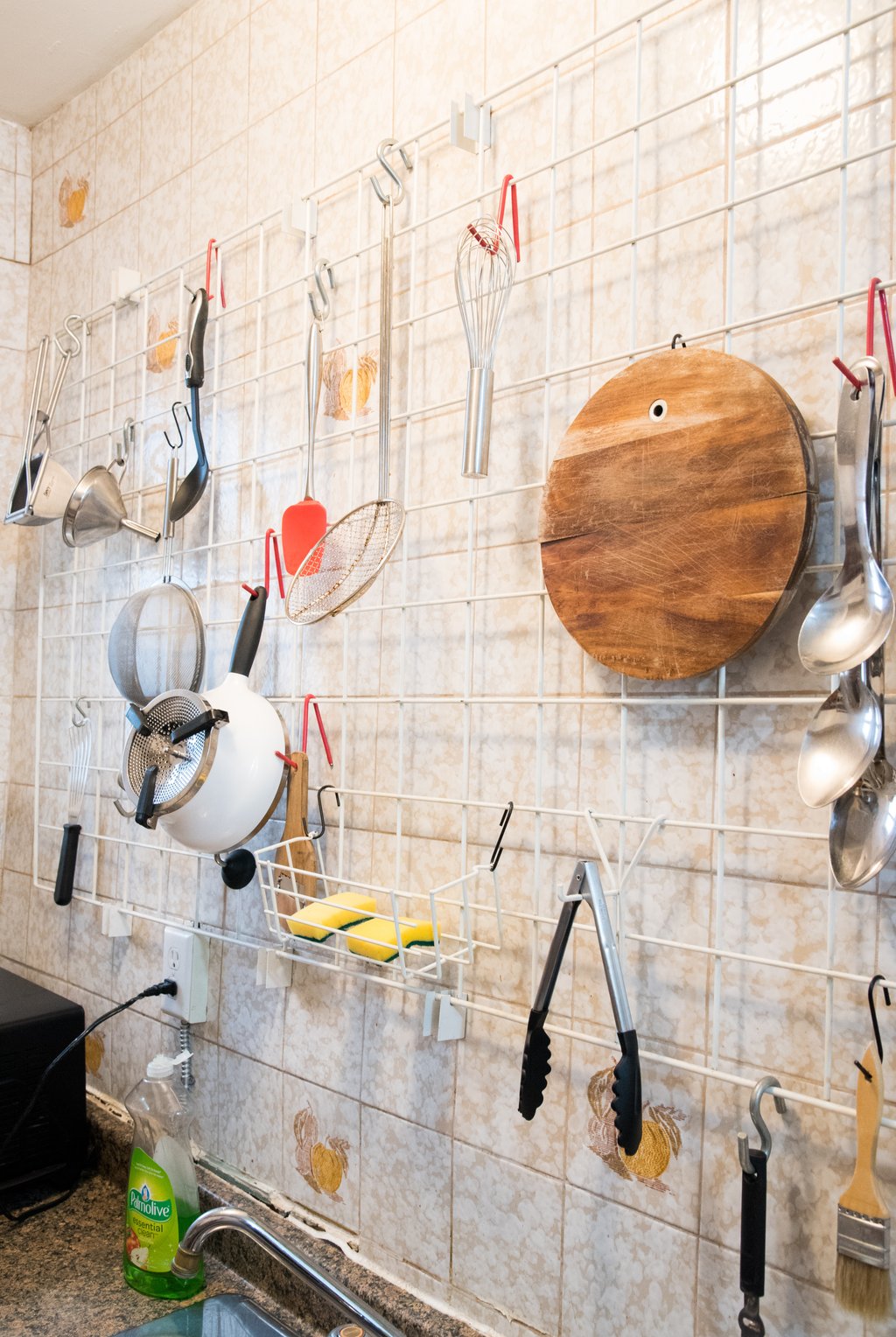 For lunch, Angeloni will have a fried chicken sandwich from Union Chicken or a bowl of Amano’s pasta, and that will usually keep him full until he gets home around midnight. If he’s feeling particularly lazy, he’ll either hit up Harry’s Charbroiled for a burger or boil up some instant ramen. On nights he’s still got some gas in the tank, Angeloni will make himself a giant salad. “I think I’m the only single guy you’ve featured in this series. Everyone else has kids or a partner to cook for. But it’s just me here, so I hardly cook,” says Angeloni. Although he has a three-bedroom apartment all to himself, the kitchen in his 1930s pad is by far the smallest room in the place—even the bathroom’s bigger. Ideally, Angeloni would prefer a kitchen wider than his wingspan, but as makes only four dishes at home (salads, instant ramen, pasta, pierogies) its size doesn’t bother him too much. 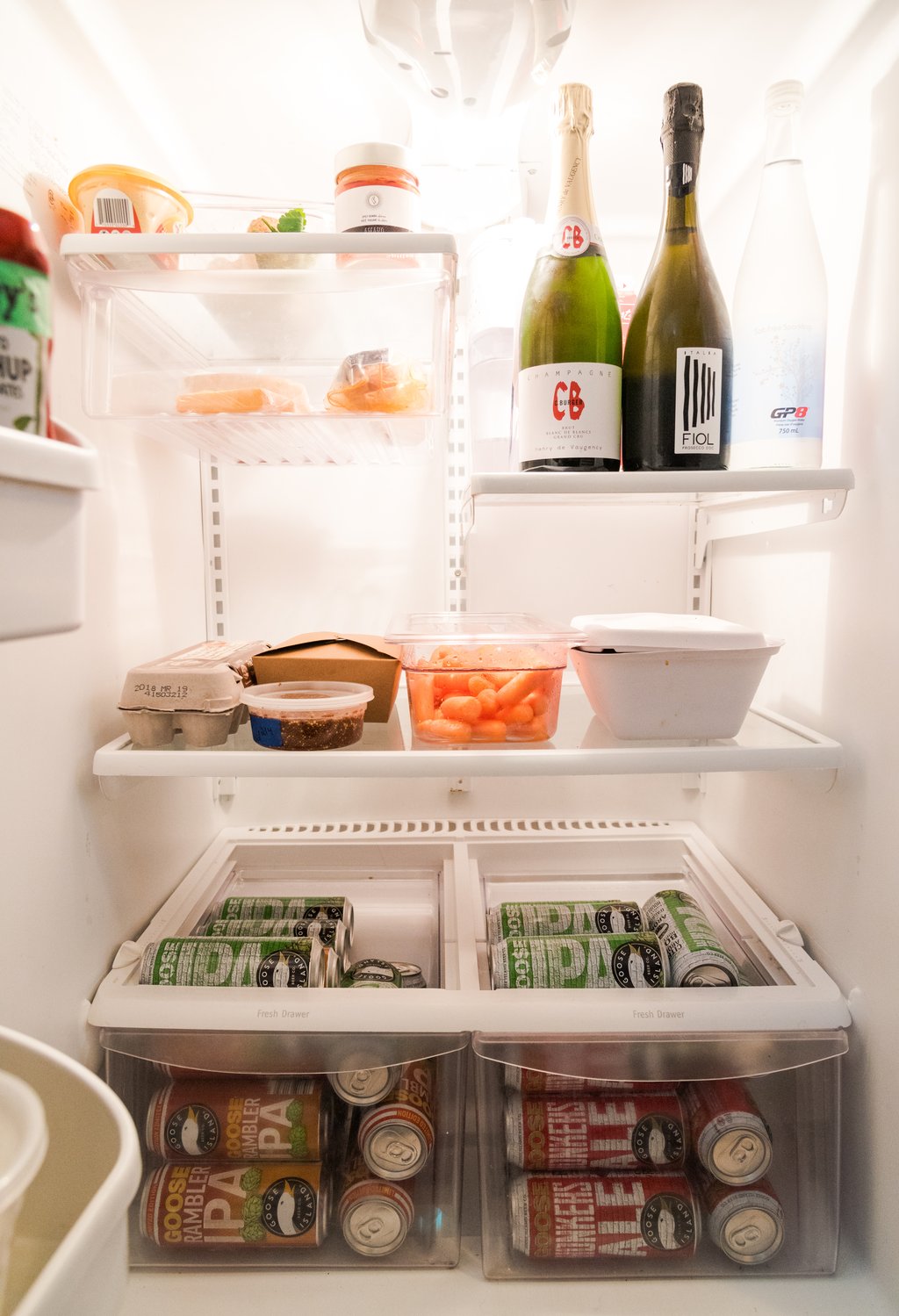 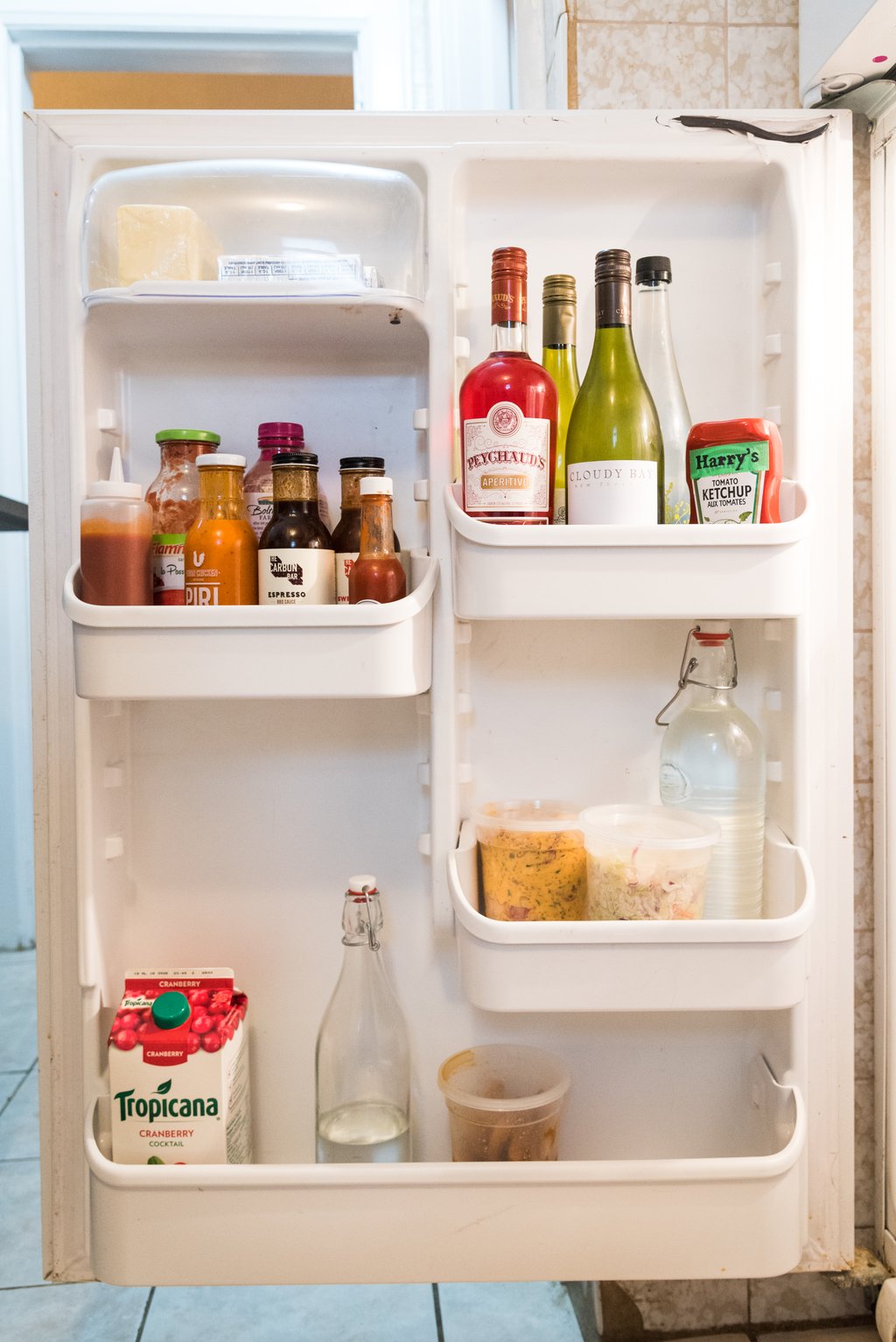 The only real shopping Angeloni does is for salad fixings; Maple Produce on Roncesvalles is his favourite green grocer. He’ll also grab cheese and cured meats from Cheese Boutique. Angeloni worked at Cheese Boutique when he was a teenager, so he also likes to pop by just to say hi to his old pal Afrim Pristine. When it comes to groceries though, Angeloni admits that he’ll often just grab stuff from his restaurants. He’s usually got a rotisserie bird from Union Chicken on hand as well as freshly made pasta from Amano. 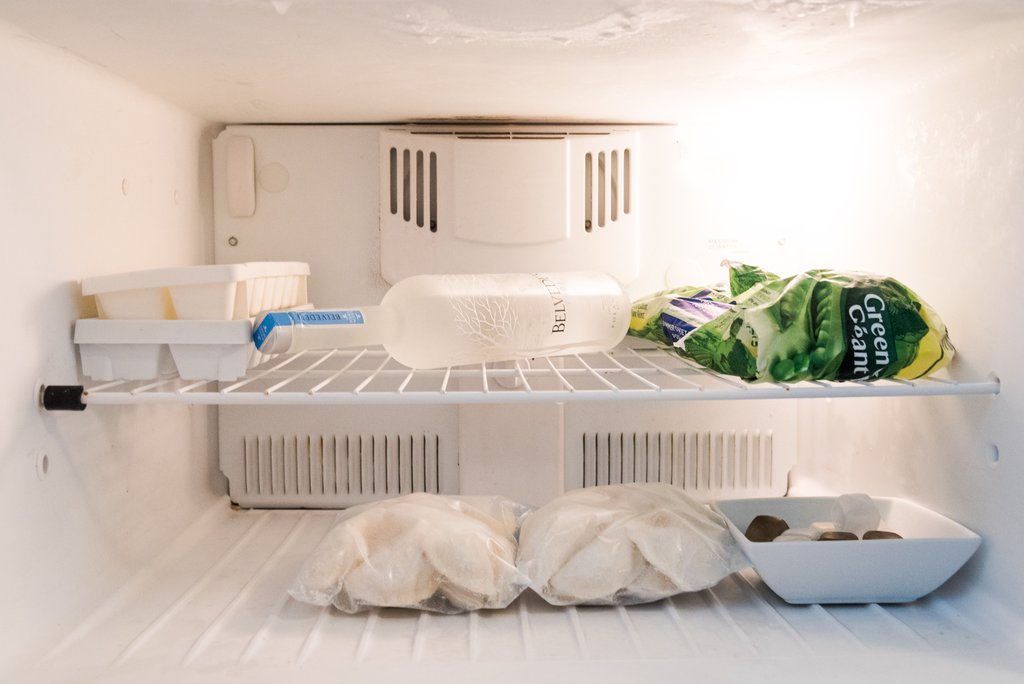 This is the extent of Angeloni’s pantry. There’s no food squirrelled away in any of the cupboards: 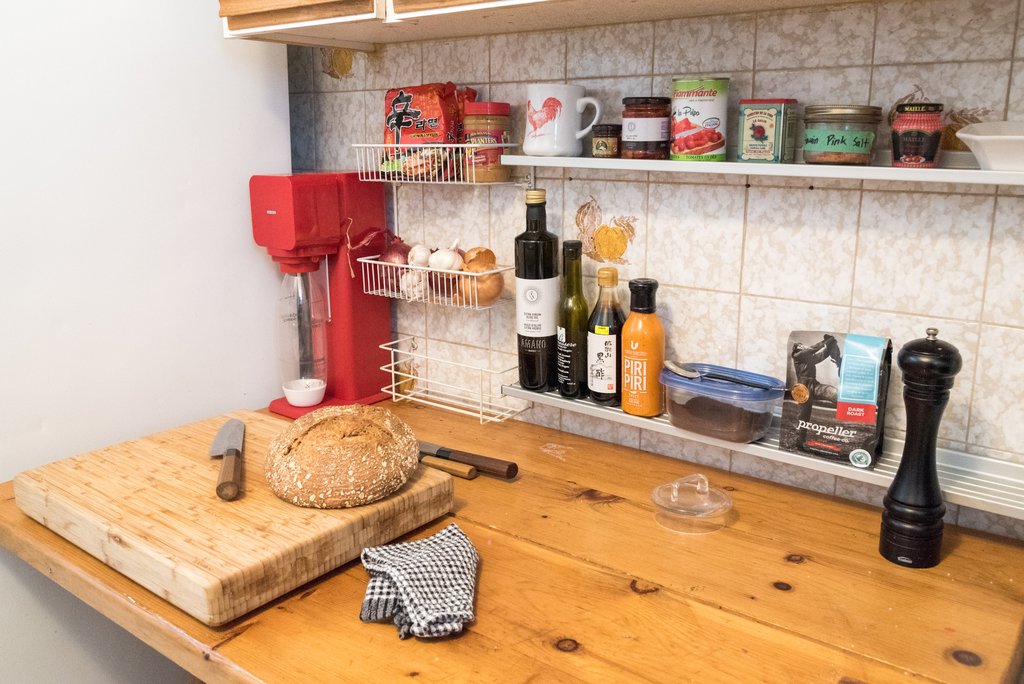 Now that Angeloni’s over 30, he finds his hangovers have gotten pretty nasty. He used to be a huge bourbon drinker, but has switched to rye and whisky recently. He finds it’s resulted in more manageable post-party mornings: 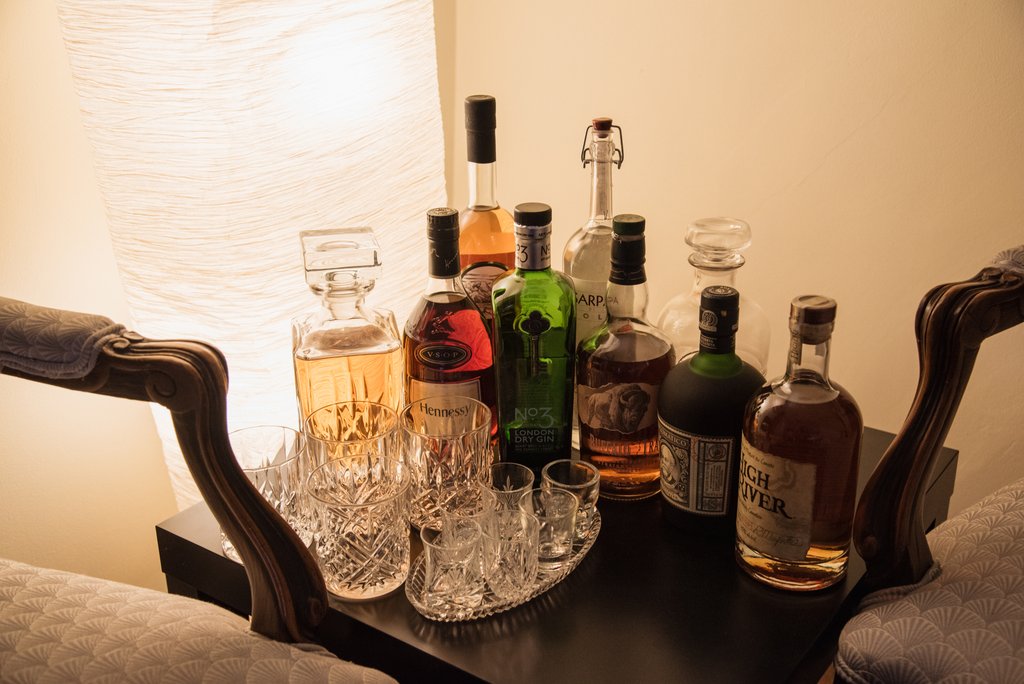 Angeloni always tries to keep a variety of salt on hand: 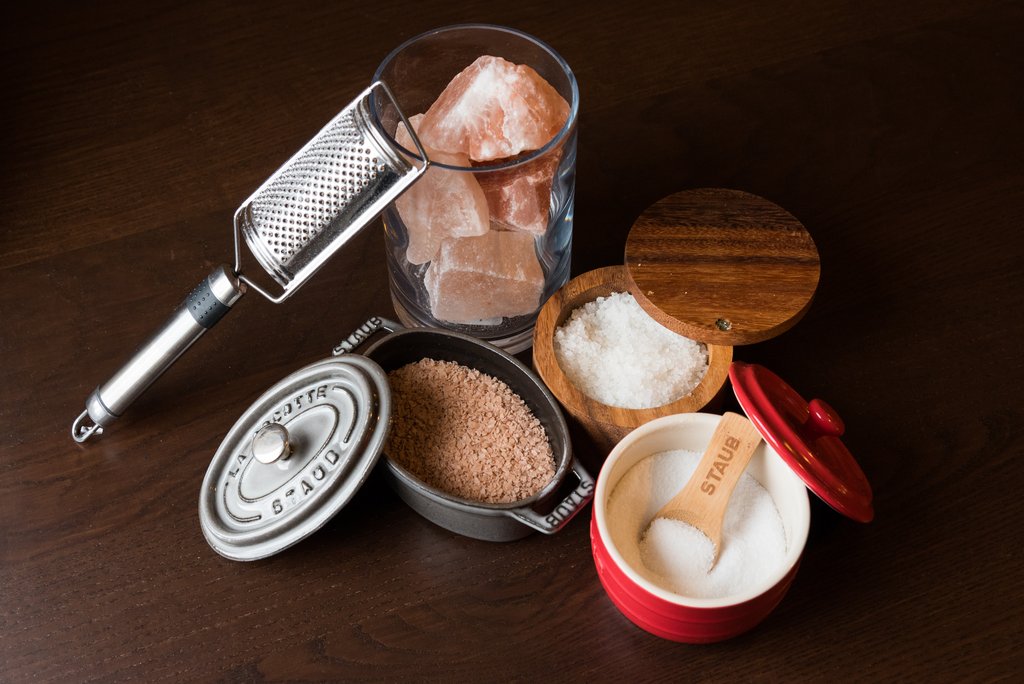 And here are a few of his favourite cookbooks: 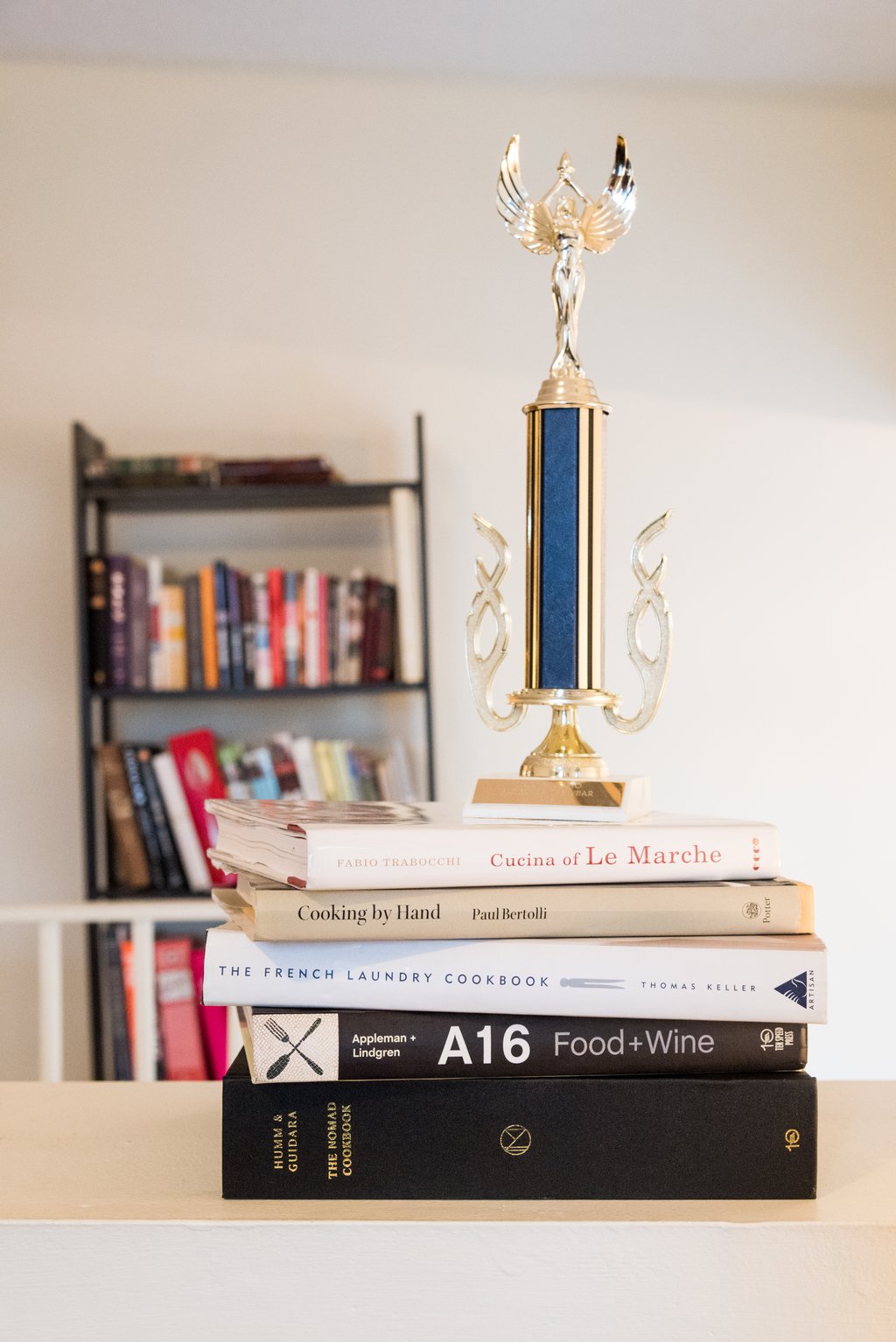 Angeloni has kept every notebook he’s written since he was 18. It’s in these journals he’s jotted down ideas for dishes. “I look back through some of these and think, ‘Jesus, that was a bad idea.'” says Angeloni:


Thanks for having us, Michael: