Toronto’s best comedy fest, an onstage blind date and nine other things to do this week

Toronto’s best comedy fest, an onstage blind date and nine other things to do this week

JFL42, the city’s best comedy fest
No matter your taste in comedy, at least one of your favourite acts is performing at the JFL42 festival. This year’s ­headliners include Demetri Martin, Tig Notaro, Trevor Noah, Jim Gaffigan and Roseanne Barr, but if you look a little further down the bill, you’ll find plenty more fan favourites, like Jim Norton, Margaret Cho, Emo Phillips, Maria Bamford, Craig Robinson and Natasha Leggero. And if none of these jokesters tickle your fancy? Well, you might want to reconsider the whole “watching comedy” thing. Thursday, September 22 to Sunday, October 1. From $25. Various locations, jfl42.com.

Toronto's best events in your inbox 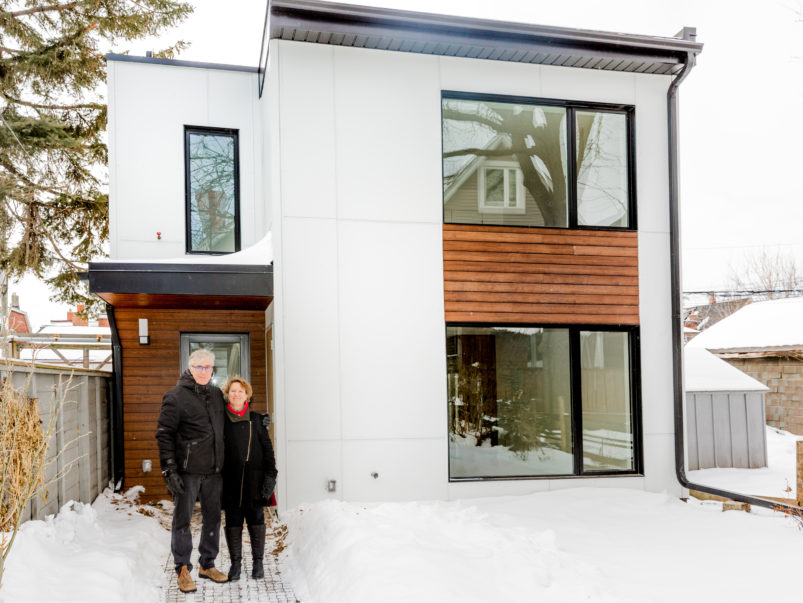 The world through Harry Benson’s lens
As a photojournalist, Benson saw the students protesting at Tiananmen Square, followed the Beatles on their first world tour and witnessed the assassination of Robert Kennedy. He saw the Berlin Wall go up and, decades later, watched it come crashing down. He’s created portraits of Alfred Hitchcock, Muhammad Ali, Queen Elizabeth, Jackie Kennedy, Andy Warhol, the Rolling Stones, Roman Polanski and every American president from Eisenhower to Obama. More than 50 years of American history come alive in this retro­spective of Benson’s most iconic work. Opens Saturday, September 24. Free. Liss Gallery, 112 Cumberland St., lissgallery.com.

A chance to go on a blind date in front of an audience
As her clown-nosed alter ego Mimi, Rebecca Northan plucks a lucky paramour from the audience to co-star in her improv play. After a successful run off-Broadway, Blind Date arrives at Buddies in Bad Times in a new, queer incarnation. Julie Orton and David Benjamin Tomlinson will alternate performances for this round of improvised dating experiences. Tuesday, September 20 to Sunday, October 9. $25–$39. Buddies in Bad Times Theatre, 12 Alexander St., buddiesinbadtimes.com.

Glen Hansard’s jangling busker vibes
The Irish songwriter has starred in a popular movie (Once), won an Oscar and been part of two world-famous folk rock groups, but much of his appeal still rests on his regular-dudeness. Now touring on his own (his second solo album, Didn’t He Ramble, came out last year), Hansard’s relaxed, intimate rapport with his audience is more crucial than ever—blurring the distinction between the superstar he’s become and the Dublin street performer he once was. Monday, September 19. $49.50–$59.50. Massey Hall, 178 Victoria St., masseyhall.com.

The Watershed, a theatrical take on investigative journalism
When a federal omnibus bill cut funding for the Experimental Lakes Area in 2012, many people accused the Harper government of being hostile to science. Annabel Soutar’s drama-documentary hybrid combines theatre with investigative journalism to tell the story of the bill and its aftermath, informed by her encounters with politicians, business leaders and researchers in a polarized era. Tuesday, September 20 to Sunday, October 30. $30–$60. Tarragon Theatre Mainspace, 30 Bridgman Ave., tarragontheatre.com.

An exhibition of innovative Sukkahs
During the festival of Sukkot, Jews build Sukkahs, temporary structures that commemorate 40 years spent wandering the desert. In anticipation of this year’s holiday the Design Exchange is hosting Sukkahville, a collection of three innovative rooms designed by artists and architects at U of T, Ryerson and OCADU. The exhibition kicks off with a panel about affordable housing with chief planner Jennifer Keesmaat, MP Adam Vaughan and moderator Linda Frum. Thursday, September 22. $18–$54. Design Exchange, 234 Bay St., sukkahville.com.

Hosanna, a theatrical time capsule from post-revolution Montreal
An Elizabeth Taylor drag queen and an aging biker try to navigate their sexual identities in Québécois playwright Michel Tremblay’s classic drama about gender identity and sexual diversity. Controversial since its 1973 premiere, this early work feels simultaneously contemporary and like a time capsule of Montreal’s LGBT community in the aftermath of the Quiet Revolution. Friday, September 23 to Saturday, October 15. $32–$96. Young Centre for the Performing Arts, 50 Tank House Ln., soulpepper.ca.

A concert from Renée Fleming, one of the planet’s biggest opera stars
The superstar diva manages a down-home vibe: she’s headlined every significant opera house on the planet, but has also appeared on Sesame Street and, in 2014, sang the American national anthem at the Super Bowl. This program covers the full range of lusciousness, from Puccini to Ravel and more, with a nod to American musicals in a selection of songs from Rodgers and Hammerstein’s The King and I. Wednesday, September 21. $45–$169. Roy Thomson Hall, 60 Simcoe St., tso.ca.

Noises Off, a peek into the guts of a theatre company
There are plays, and then there are performances. Michael Frayn’s iconic comedy elevates farce to the level of a high-wire act. Over three acts, this backstage look into a chaotic theatre company shows how the egos, injuries, romances and jealousies behind the scenes affect three performances of a play. This is the kind of virtuosic achievement that could only work in the theatre. Wednesday, September 21 to Saturday, October 22. $32–$96. Young Centre for the Performing Arts, 50 Tank House Ln., soulpepper.ca.

A show inspired by the works of Ian McEwan
In every edition of Torn From the Pages, a team of musicians, poets and other artists performs works inspired by the words of a famous author. On the docket this week: Ohbijou frontwoman Casey Mecija, poet Tanis Rideout, playwright Michael Healey and host Dave Bidini take on Ian McEwan, the macabre English novelist behind Amsterdam and Atonement. Friday, September 23. $29.50–$39.50. Harbourfront Centre Theatre, 231 Queens Quay West, masseyhall.com.