Three years ago, cinematographer and photographer Jon Simo was scrolling through Craigslist looking for props for his home studio in Corktown. He came across a listing for a 1950s neon sign from an old camera store and bought it to hang in the entranceway. Before long, Craigslist searches became part of Simo’s weekly routine, and his casual interest in neon turned into what he describes as a full-blown addiction. When his old studio started to resemble the Las Vegas strip, he moved his collection of 40-odd signs into a new space inside an old cardboard box factory in Leslieville, which he rents out to fellow photographers and creatives. Here’s a look inside.

This seating area is where Simo sees most of his clients: 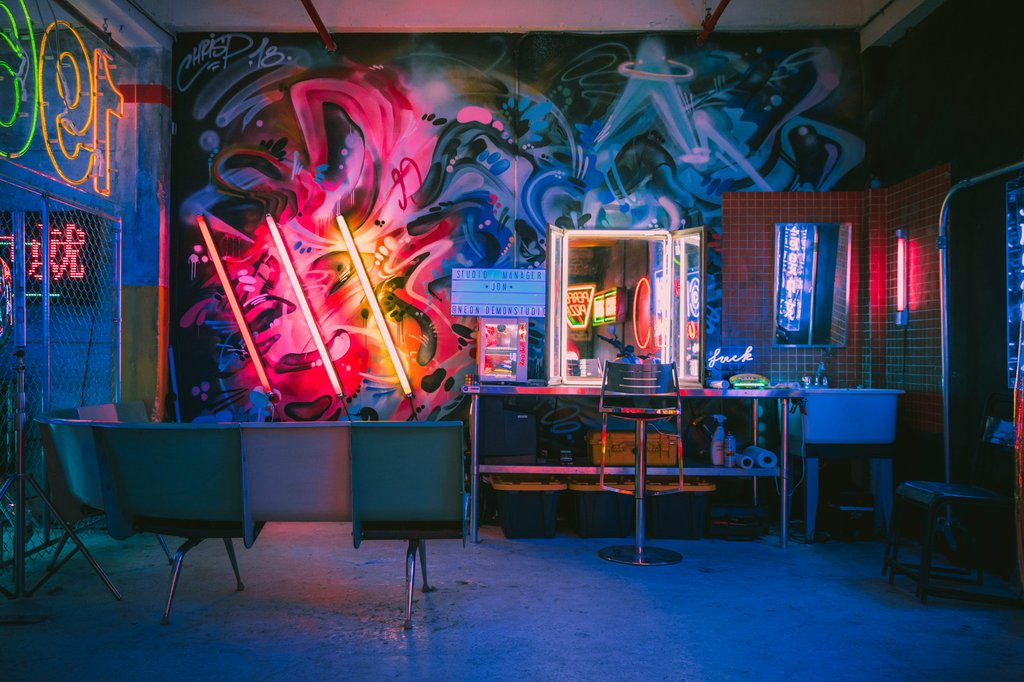 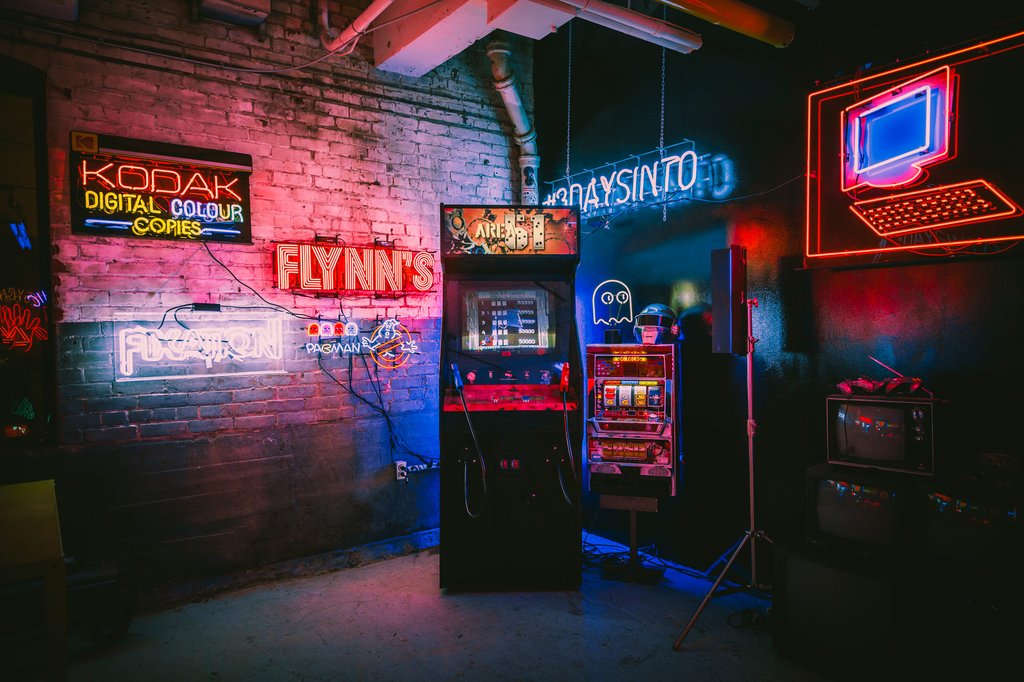 Simo stores his bikes in the studio during the colder months: 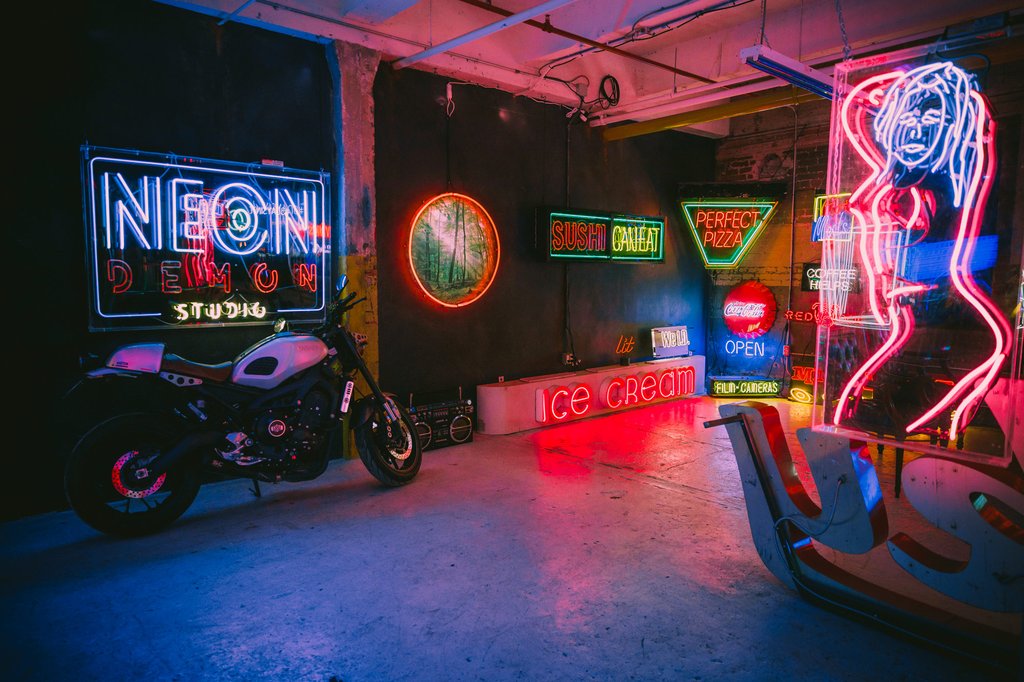 Here’s what’s on the other side of the client area: 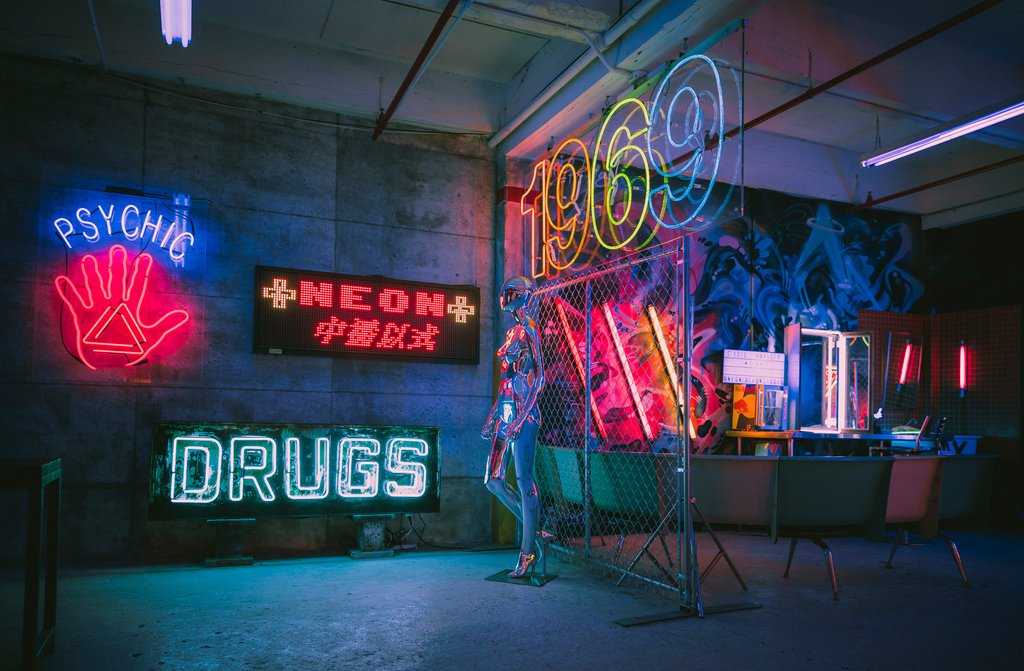 The cross is the third sign Simo added to his collection. He says it’s one of his favourites, and that he’d never sell it: 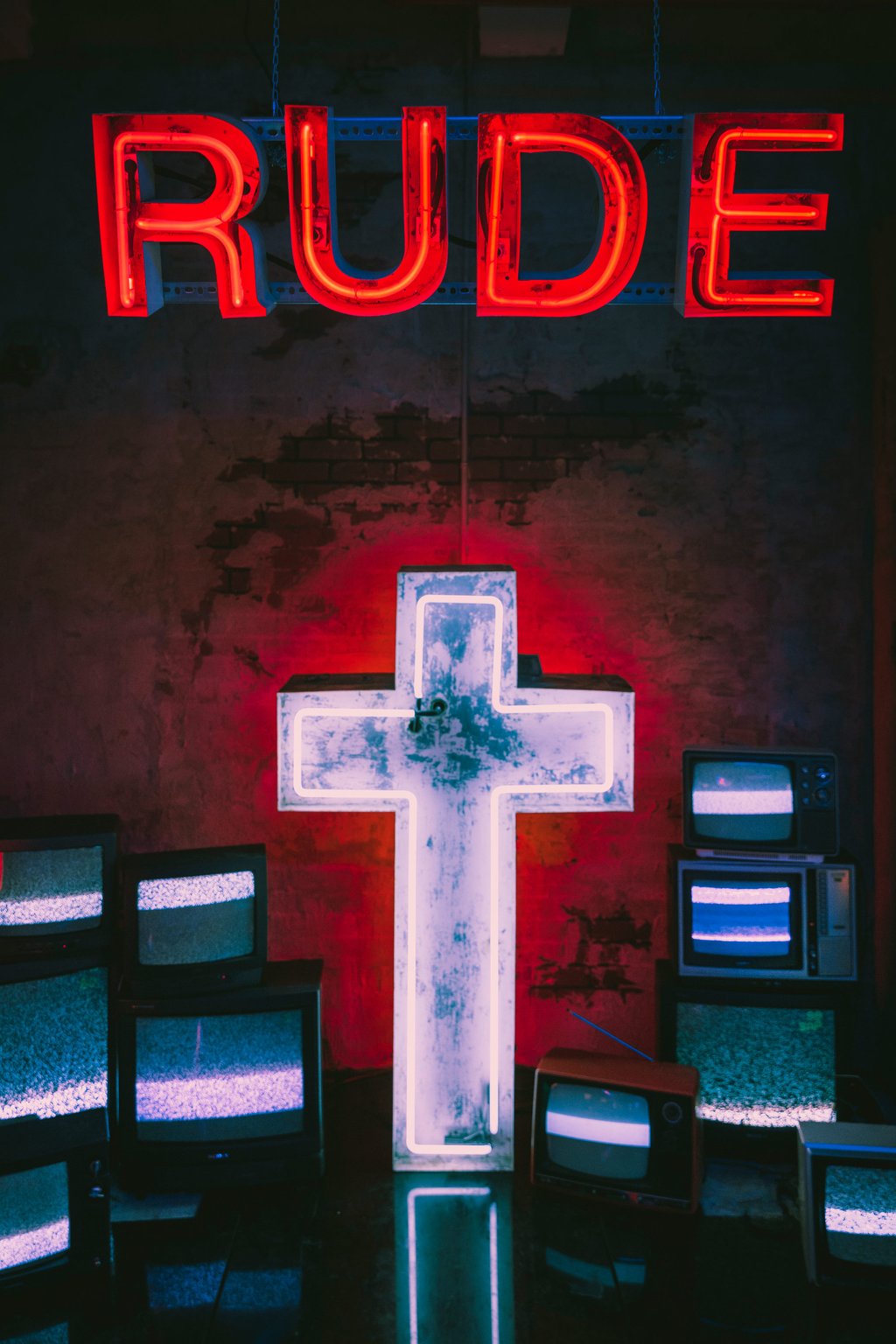 This eight-foot-long California sign contains over 150 feet of glass tubing. Simo bought it from an estate sale for a guy who worked in the Toronto film industry.

Whenever people come through the studio, Simo asks whether they recognize these massive letters. “Most don’t, but as soon as I tell them they’re from the old Yonge-Dundas Square Future Shop, they connect the dots,” he says. Simo traded another neon collector an old Lick’s Restaurant sign that read “HOMEBURGERS” for the Future Shop memento.

This sign came from Lucky Red, a now-closed restaurant at Dundas and Spadina. Of all the pieces in Simo’s collection, this one needed the most repairs. The 13-foot-long sign was in pieces and unable to stand upright, so Simo and a group of friends gave it a new metal backing. They also swapped out all 360 lightbulbs for LEDs—the original sign drew nearly 4,000 watts of electricity and now only uses 150 watts—and spray painted each one yellow to give it the same glow as the original.

This City Live: Chrystia Freeland in conversation with Sarah Fulford