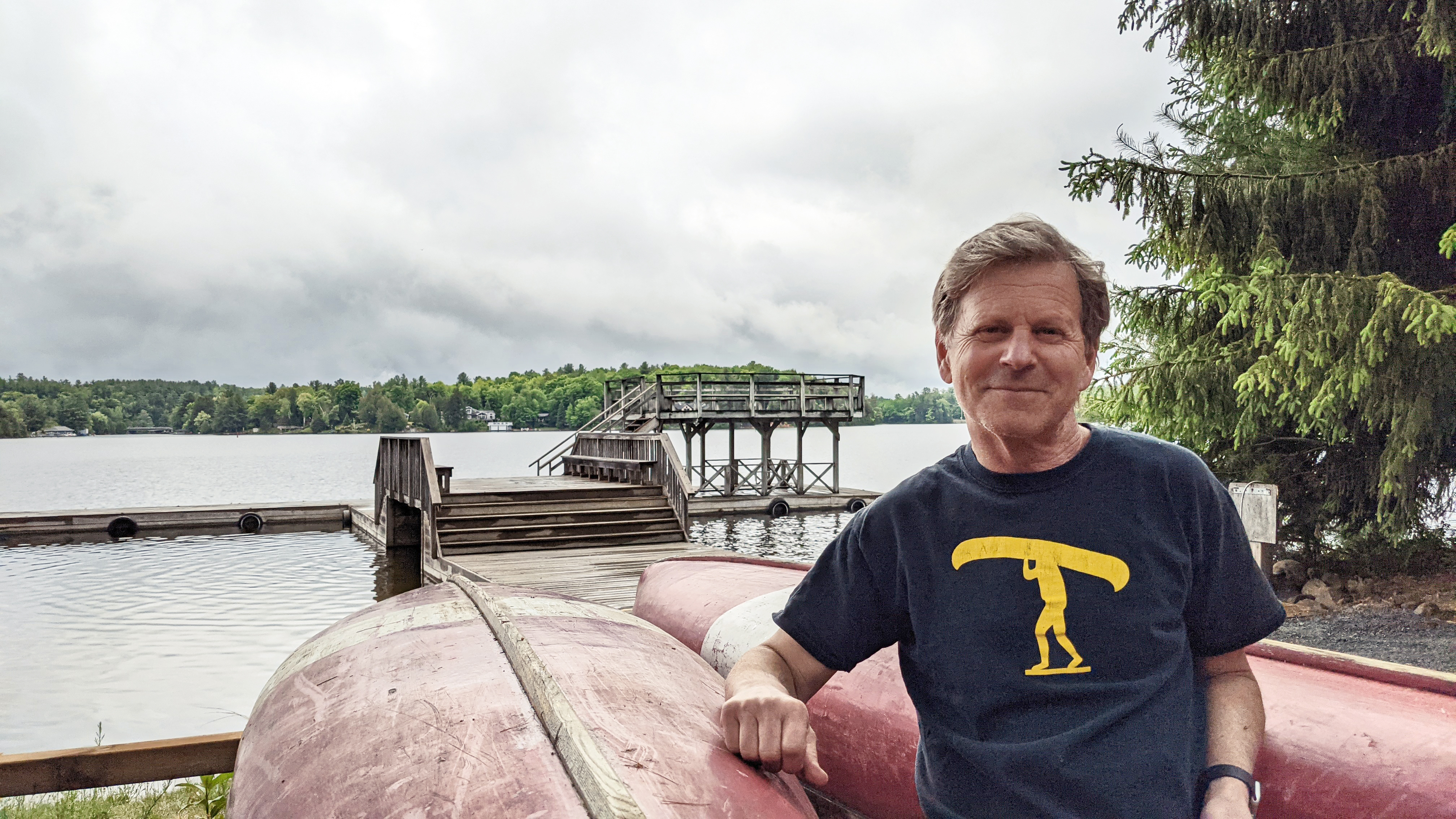 For Jack Goodman, getting Ontario kids back to camp this summer has been a year-long passion project. As the head of Camp New Moon in Baysville and the chair of the Ontario Camps Association Covid-19 Task Force, Goodman has spent the off season meeting with government and health officials, making the case for a safe return to the great outdoors. As of the latest announcements, Ontario has slated day camps for Step 1 reopening, with overnight camps tentatively scheduled to start up in Step 2 about three weeks later—which is promising, but not quite the firm start date Goodman was hoping for. Here, he tells Toronto Life about why science is on his side, his surprise phone call from the premier and how overnight camp can be the ultimate bubble.

Ontario parents just learned that kids will not be going back to school. Is that good news for camps? Bad news for camps?
From our perspective, the school piece is separate. I was saddened to hear that kids will be isolated from their peers until at least the end of the month, but we are focused on our goal, which is making sure that kids don’t miss another summer at camp. During this week’s press conference, the premier mentioned that he shared this goal, so that was encouraging, but he didn’t provide anything new in the way of specifics. That’s really the issue—the uncertainty. We’ve heard a lot of casual remarks about how camps will be able to operate. A couple of weeks ago the premier mentioned that both overnight and day camps would be able to open up around July 3, while he was speaking with the media at a vaccine clinic.

That must have come as a relief.
It was a bit of a shock. We’ve been in constant contact with both the premier’s office and the Ministry of Health behind the scenes, and nobody told us that that announcement was coming. I was at camp at the time, and my phone started blowing up. At one point I answered a blocked call. I assumed it was someone from the media, but no: “Jack, Doug Ford here.” It was a short conversation. He told me that he knew how hard we were working and how much he wanted to see camps open. He said his buddies told him the start date was around July 3. I gently told him the same thing I have been trying to explain to many people in government, which is that you can’t just turn a key and suddenly camp is ready to open. We spend months preparing for the eight summer weeks that we operate.

What kind of prep are we talking?
As of today, we’re about to make our first major food order. We’ve signed contracts with our staff, who we will have to start on-boarding ASAP, and there’s maintenance work and all of the other prep and supplies. These are major expenses, and that’s not even considering what we are looking at this summer in terms of Covid-related expenses. We’ve reconfigured our staff lounge for greater ventilation, and we just have 50 picnic tables and two giant tents delivered. Just the tents alone were well into the five figures. I don’t even know what I’m going to do with them when this is all over. Maybe we’ll have to start doing weddings up here in the off season. The point is that it is a lot of risk to assume and we are still not entirely certain of what the summer will look like.

Can you give a sense of how much it cost to not open last summer?
I can tell you that the fixed costs, like insurance, property taxes, maintenance—none of those go away. And like all overnight camps in Ontario, we have not received any new money since fall 2019, which was when our deposits for summer 2020 came in. A lot of our wonderful parents were okay with pushing that forward toward this summer, and we are extremely grateful for that. But it’s fair to say we are running on fumes. I know a lot of industries are, but not a lot of industries have been unable to operate for a single day since Covid started.

So, just to clarify: as of the latest government announcements, day camps will open in Step 1, which is set to start on or possibly before June 14. Overnight camps are in Step 2, which will begin approximately three weeks after the beginning of Step 1.
That’s the timeline we know about, assuming that we continue to hit all of the other metrics around vaccination rates, ICU beds, new case rates, positivity rates. We’d been hoping overnight camps would be included in Step 1, but the government decided otherwise, so now we’re very much focused on the goal of being able to open by July 1. That would mean either that Step 1 starts early, or that overnight camps are given some kind of special permission to operate. We’ve done our best and made our asks, so at this point it’s out of our hands.

You’re the head of the Ontario Camps Association Covid-19 Task Force. What does that entail?
The task force represents all camps in Ontario—overnight camps as well as day camps and outdoor education facilities. Our goal is to provide every camp with the choice to open in a way that is safe and responsible. I took over as head last fall. When I’m not running Camp New Moon, I am a professor of kinesiology at U of T, so I have roots and contacts in the scientific world as a researcher. Last fall the task force started working on an evidence-based rationale for how all camps could be able to operate. We knew everything be based on scientific evidence. In January, we submitted a plan to the provincial government with a sign off from SickKids. Since then we’ve been going back and forth to develop guidelines.

Are there particular safety concerns around overnight camps where multiple kids sharing indoor space—and air droplets?
I think that’s where a lot of people go to, but there are significant areas where overnight camps can mitigate risk. At this point our plan is to have campers quarantine to the best of their ability before camp and to have parents sign letters attesting to that fact. We will have testing before campers arrive and then rapid PCR testing when they get to camp, plus daily health checks. Compare that to going to Canada’s Wonderland or a water park, where there is no testing. Or even day camp facilities where, yes, they can be outside. But every night and weekend those kids and their counsellors are all back in the general community.

So you’re saying overnight camp can be the ultimate bubble?
Exactly. There’s no such thing as completely risk-free, but we’re able to control who goes in and who goes out. Our staff won’t take their days off away from camp. Essential visitors, like maintenance workers, will follow a strict protocol, and they won’t be anywhere near the kids. Our plan at this point is to have campers in cohorts according to their cabins, which will be like households.  We’ve made all sorts of investments towards Covid-related safety measures: we’ve improved the ventilation in our staff lounge and we recently purchased battery-operated backpack electrostatic sprayers to enhance disinfectant protocols, I think I have enough sanitizer to cover the world. We will limit large indoor gatherings—we’ve ordered 30 picnic tables so we can eat outdoors much more often. And when we’re indoors, campers will wear masks. No singing and cheering in the dining hall.

Kids in cohorts, no singing and cheering. No offence, but that sounds a bit depressing. At what point does camp stop being camp?
It’s true that this is not going to be a typical summer, but when you compare it to the alternative, camp is still an amazing option. Kids will still be able to get out in a canoe or a sailboat, spend time with friends, reconnect with nature and get away from their screens. I’ve been hearing from parents who say that going to camp is the first thing their child has been excited about all year. On a Zoom with a number of our staff a few nights ago, I said that every single one of them is going to be a different kind of front-line worker. They’re going to be the people who restore the social malnutrition of children—all children. There’s a major misconception that overnight camps are for rich kids. The reality is that many kids at overnight camps in Ontario get there by charity or subsidy funding, so we’re not talking about any one socio-economic bracket. And we’ve been able to organize government funding for PCR tests so all campers have access to testing.

Would you support a scenario where only vaccinated kids and staffers were allowed to go to overnight camp?
No. If that was a requirement, it would spell the end of overnight camps for the summer 2021. Most of our campers 12 and up will be vaccinated with one dose. The Ontario Camps Association has reached out to the Vaccine Secretariat and the regional medical health officers asking them to consider turning camps into vaccination sites. Obviously vaccination is a very important layer of protection, but our plan is not predicated on it.

No doubt you are getting a lot of calls from confused parents.
Definitely. We’ve received questions about our Covid protocol and safety measures, but mostly it’s questions about when we are going to get certainty, or about they don’t understand how multi-step system works. I can’t blame them. I’ve devoted the last 10 months to this and even I get confused.

Obviously the last year has been a lot of work. Do you have a picture in your head of that moment that makes it all worthwhile?
The first thing I think about is the moment all of the campers arrive at camp full of excitement and finally ready to have fun. I guess I won’t be able to see their smiling faces under the masks, but that’s okay. I’m hoping that when the pandemic is abated, we’ll all be able to take our masks off and be one giant cohort, which is the way camp was meant to be. Maybe we’ll do a big mask-burning ceremony. For now, I’m just hoping we can get the summer started.