The hole-in-the-wall restaurant Acadia (2011–2013, RIP) begat some of Toronto’s best chefs, including Patrick Kriss (see No. 1); Dustin Gallagher, the fusion wizard behind the Chinese-Jewish tasting menu at Peoples Eatery on Spadina; and Matt Blondin, who left to join the squad at Momofuku Daishō before launching Omaw last fall. Blondin is one of a select group of chefs who leave diners weak in the knees—and whose every move is seemingly live-tweeted by his followers. He’s lanky, with a penetrating stare and a smirk to rival Beetlejuice. After a year at Daishō, Blondin jobbed around town, mostly helping out the Food Dudes (the catering company that also runs Harbord Street’s excellent Rasa) and talking up their new collaboration, a “food bar” called Junk. That place is still in the works. In the meantime, they jointly opened Omaw in a handsome corner location on the Ossington strip. The best seat is a bistro stool at the bar, which faces an open galley kitchen where Blondin prepares a menu of Acadian-inspired ante bellum delicacies. The South is his sweet spot. He dresses Cajun-style white sausage with a house version of Worcestershire, hits a stew of chicken and okra with Kentucky bourbon, seasons chicken crackling with Old Bay, and bakes to order sweet and fluffy rounds of cornbread, served with a tiny pot of pumpkin butter. But his entire reputation is built on a first-rate bowl of grits, which is the least obvious thing for a GTA chef to latch on to, far harder to get just right than you’d think and entirely his own. They’re silken and creamy, the special-sourced, fine-ground cornmeal heightened by lobes of Gulf shrimp and a flash of peppery heat from pimento cheese. On top he places a crown of parsley leaves. It’s a highly addictive dish—and especially comforting if, like me, your favourite childhood breakfast was a steaming bowl of cream of wheat with a pat of butter. BEST BITE: A bavarois of just-tart-enough key lime pie under an armour of arty meringue shards. 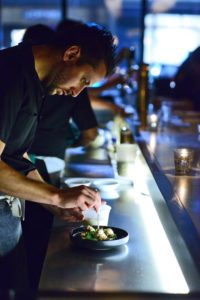 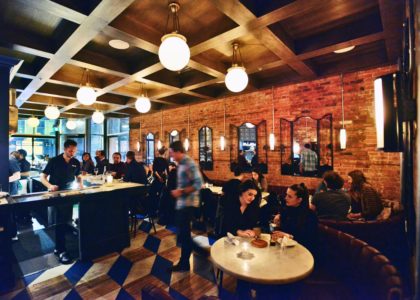 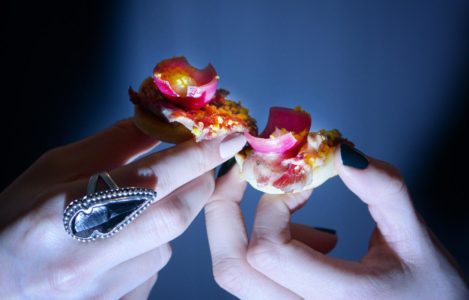 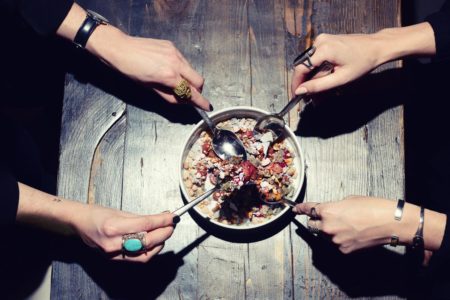 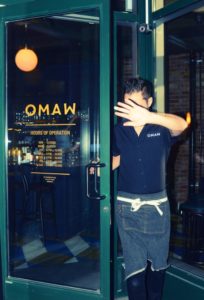 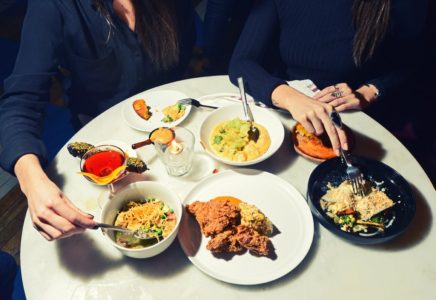